Copart is auctioning off a 2018 Honda Civic Type-R Touring that has clearly seen better days yet might be worth looking into.

The car has no front seats or wheels, which will present a bit of an issue when you go to pick it up. Still, according to the listing, when the car arrived the engine started, ran, and idled and the primary damage to the car is just that it has been stripped.

Also: Honda Civic Type R Split In Two After Crash In Denver, Amazingly Everyone Made It Out Alive 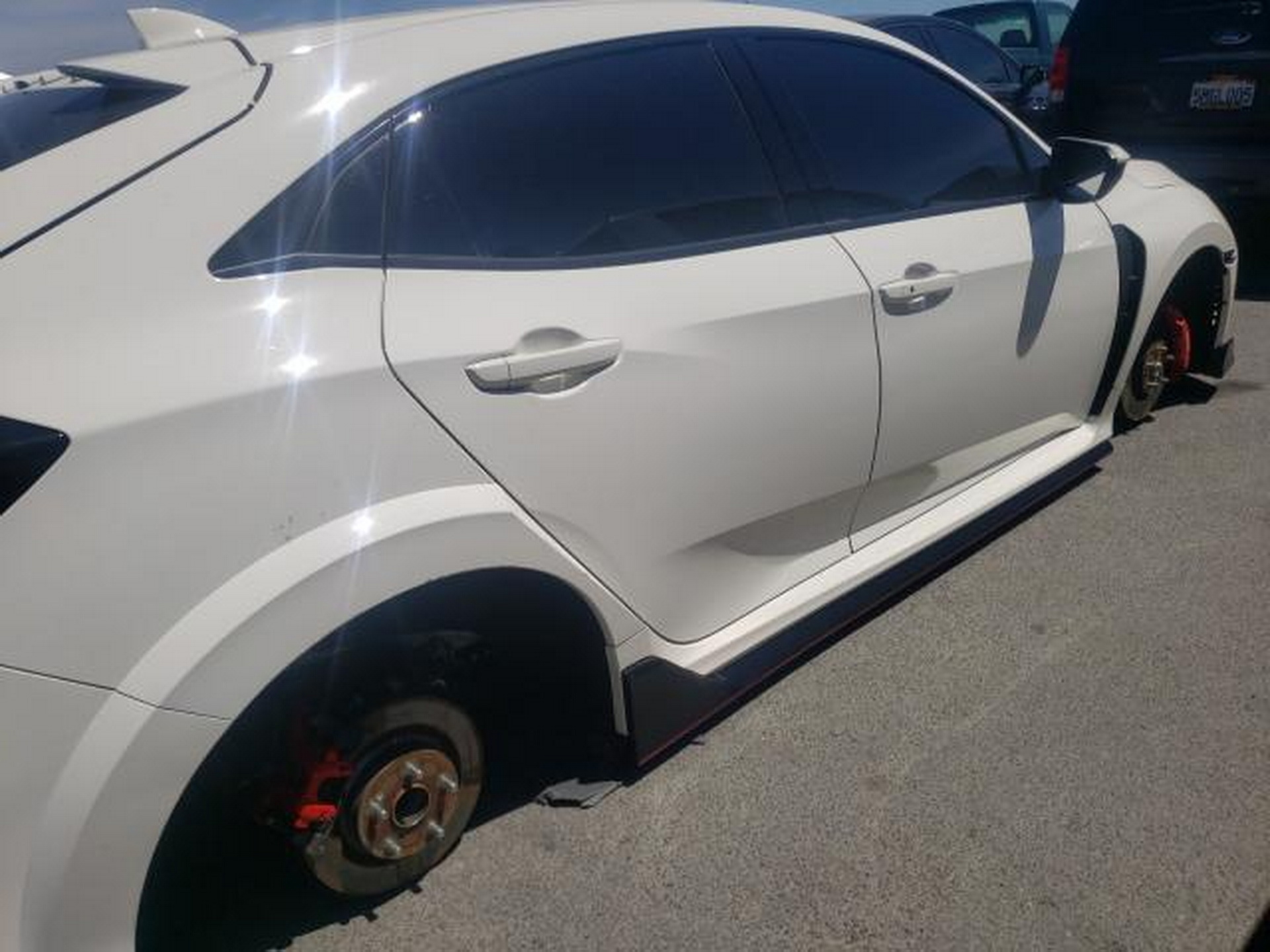 No secondary damage is reported, which might perk your ears up because that would suggest that this car hasn’t been involved in any catastrophic or massive accidents.

In fact, it looks like this Civic Type R is in exactly the kind of condition you’d expect a three-year-old car with 27,532 miles on it to look like, albeit with fewer creature comforts than I prefer my cars to come with. You’d likely want to check the underside for damage and you might as well just prepare yourself for a brake job, but there could be a very good quality car under the dust for a relatively small amount of work.

Despite the salvage title, it might be the cheapest way into the 306 hp hot hatch. Whether this is a true deal or a siren singing to wreck you on the same rocks it sits on, only time will tell, but gosh is it a pretty song.