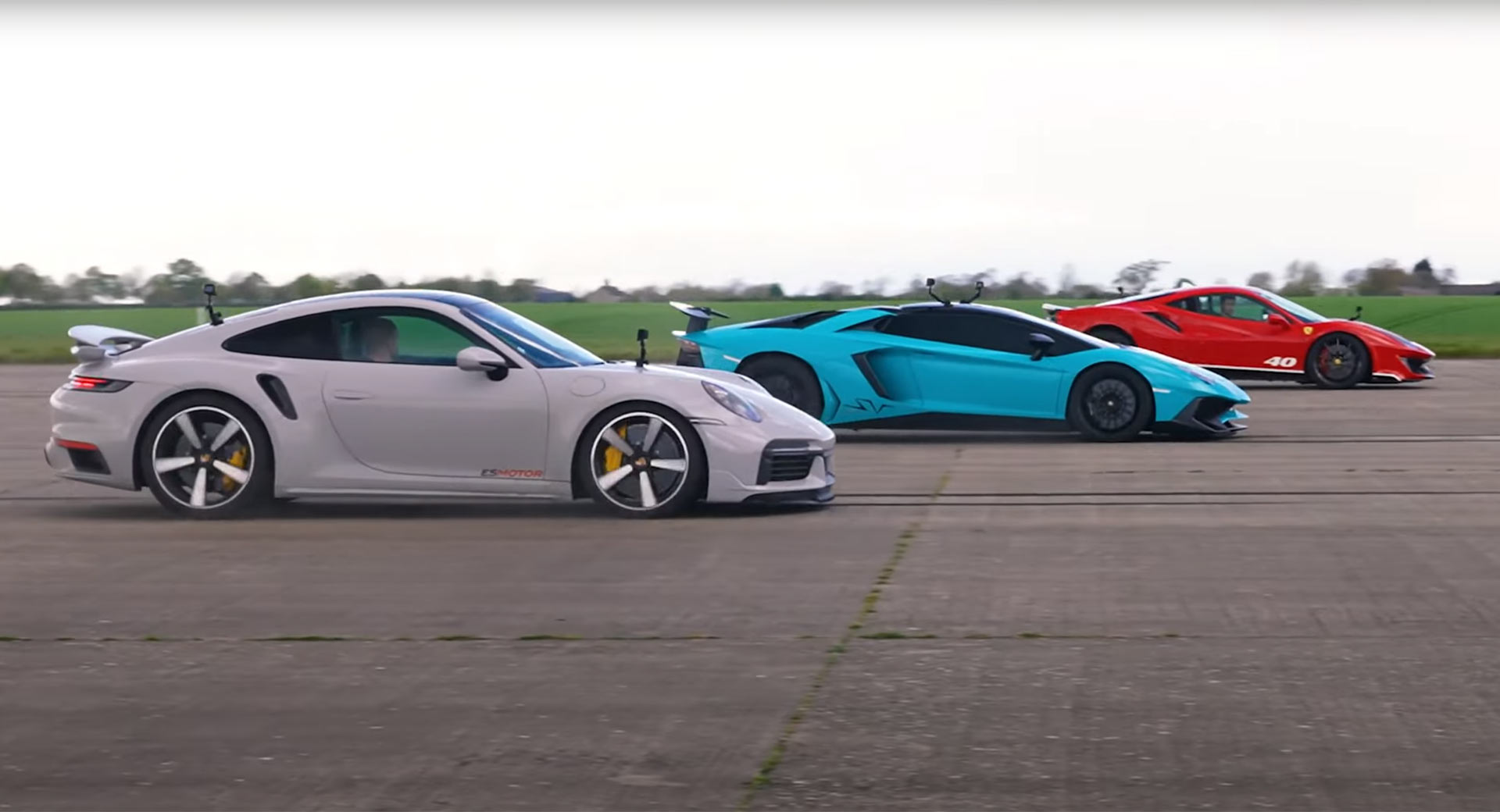 In times gone by, the Lamborghini Aventador was one of the most accelerative cars on the planet, but with almost all new supercars turning to forced induction (never mind electrification), it no longer holds that crown.

Off the line, the Lamborghini initially performs quite well but as the 911 Turbo S featured in the test has been tuned to deliver 800 hp, it soon opens up a gap on the Aventador. By comparison, the rear-wheel drive Ferrari has some difficulties putting all of its power to the rear wheels, spinning through the first couple of gears. However, once the speeds start to build, it breezes past the Aventador.

Read Also: As CarWow Nears 2 Billion YouTube Views, Mat Watson Tells Us Why Drag Race Videos Have Us All Hooked

The Porsche ultimately ran down the quarter-mile in 9.7 seconds followed by the Ferrari at 10.5 seconds and the Lamborghini at 10.9 seconds. A rolling race is then held between the trio with each of them operating in their comfiest drive setting and with their transmissions in automatic mode. The Ferrari takes an age to change down gears, allowing the Porsche and Lamborghini to sprint off into the distance. Once again, however, the Ferrari manages to pass the Aventador just before the finish line.

Clearly, the extra torque provided by the turbochargers of the Ferrari and Porsche push them to a performance level that not even the Aventador SV can match. Once its successor hits the roads with a rumored hybrid powertrain, however, things might very well change.