The facelifted 2022 BMW X7 has been spied testing once again and looks set to be easily distinguishable from the outgoing model.

BMW has been developing the mid-cycle facelift for the X7 for quite some time now and it could be unveiled later this year or in early 2022. This particular prototype was snapped with camouflage across its front and rear fascia, indicating that this is where the most significant changes will be made.

The most obvious changes will be made upfront where it seems the facelifted X7 will feature split headlights. Headlights like these have become increasingly popular across the automotive industry in recent years and include vehicles from Genesis, Hyundai, and Nissan, among others. It appears as though the split headlights of the X7 will feature a top section with LEDs that house the daytime running lights and turn signals while the lower section houses the main headlamps and high beams. 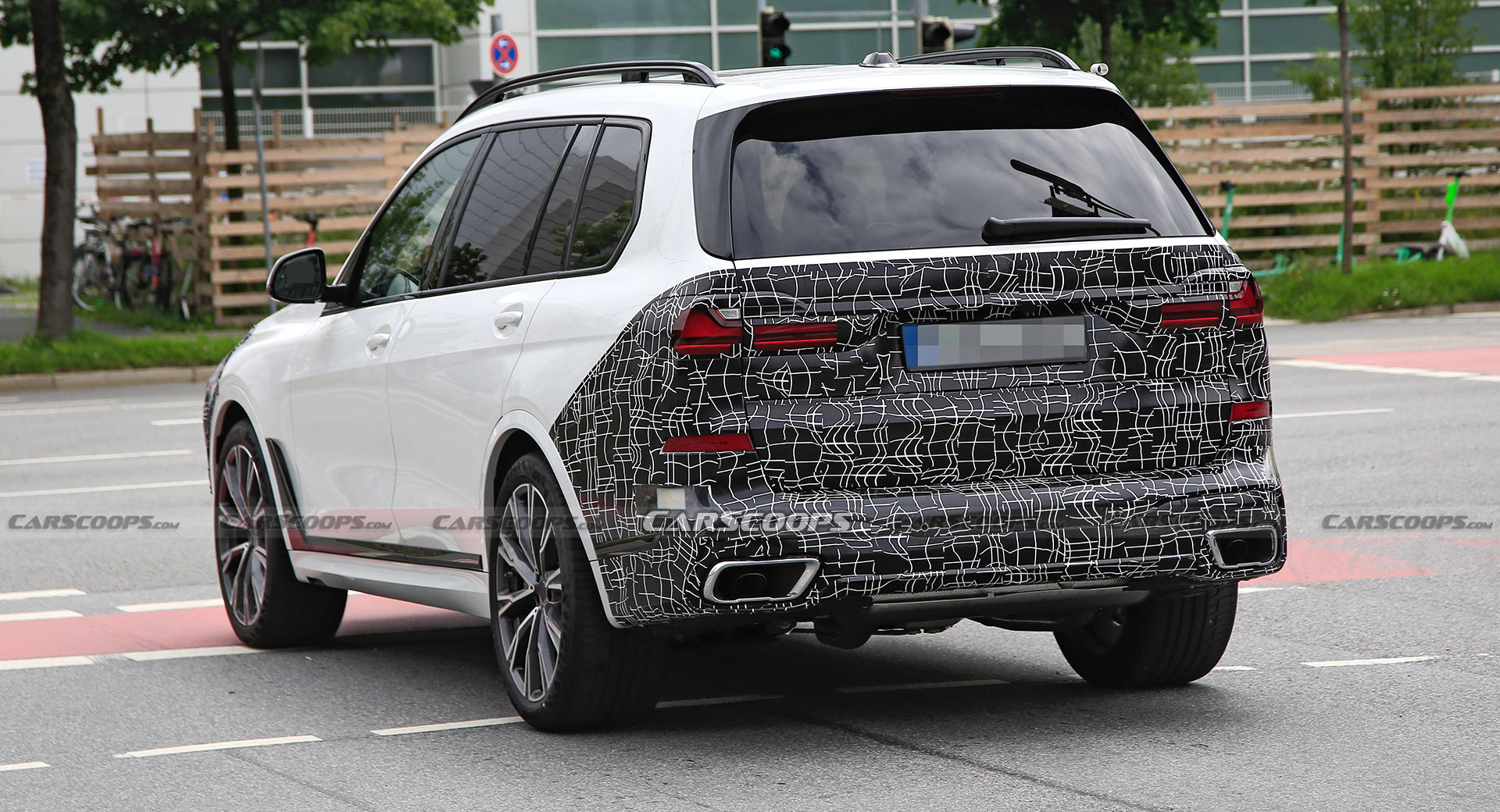 It will no doubt be a big point of controversy when the SUV launches and perhaps draw attention away from the large kidney grilles which will go largely unchanged from the existing X7. The facelifted 7-Series is also tipped to have split headlights, as is the forthcoming X8.

Styling tweaks will continue at the rear and include revised taillights with new LED light signatures. BMW can also be expected to make a handful of interior changes to the X7 and may fit a similar curved infotainment and instrument cluster display as featured on the iX and i4.

CarScoops understands that the refreshed BMW X7 will also be offered with a host of new powertrains, including a new plug-in hybrid.