It has been officially confirmed that the eleventh-generation Honda Civic will get a spiced-up Type R variant in 2022, and as development continues our spy photographers spotted new mules of the Japanese hot hatch being tested in Europe with heavy camouflage.

The new Honda Civic Type R is expected to be offered exclusively with the five-door body again, featuring a fastback-style rear end that’s been carried over from the 2022 Civic hatchback it’s based on. 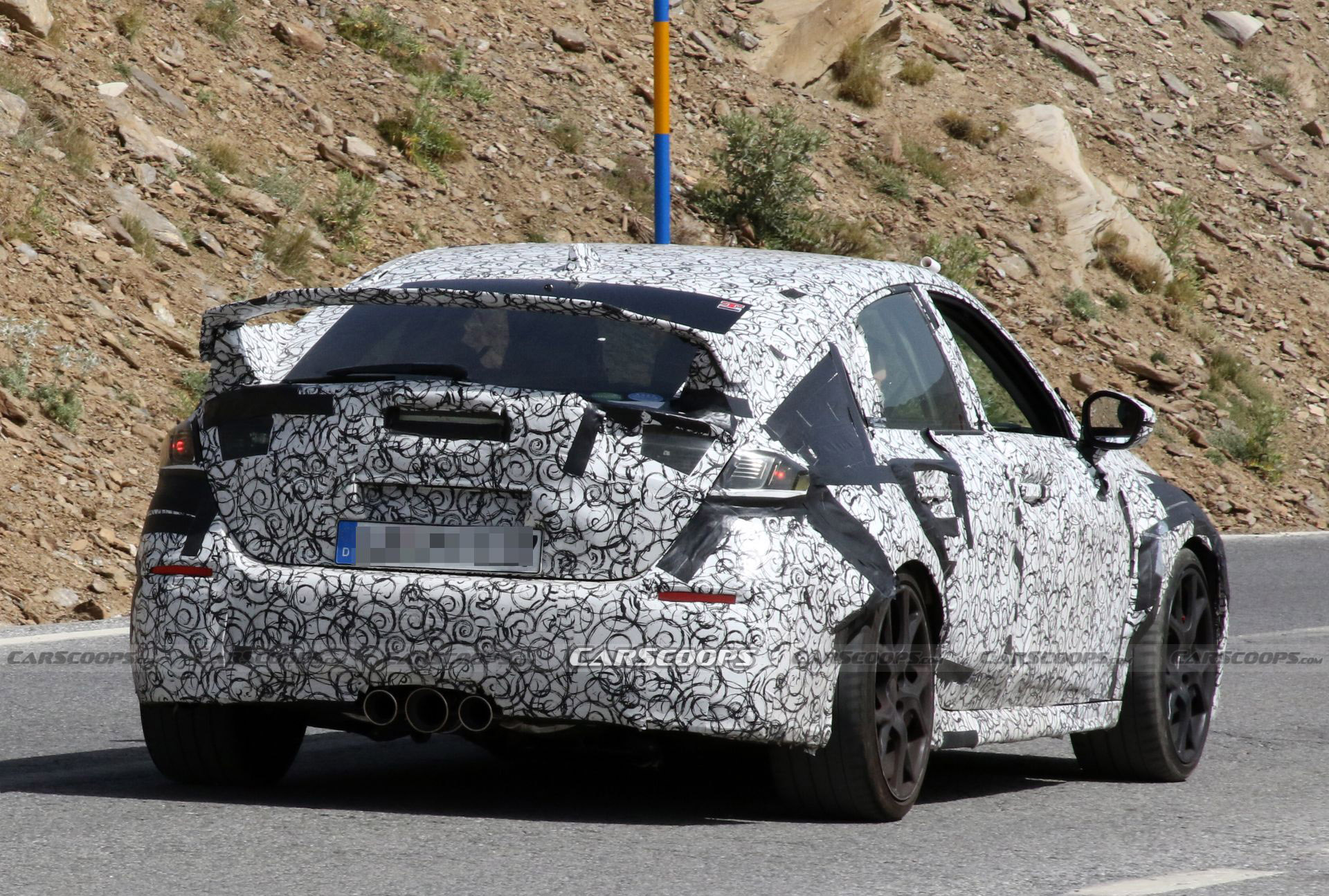 The latest test vehicles are different from the ones spied in January 2021, as they feature three round tailpipes. The same setup will be allegedly used in the final production model, with a larger tailpipe in the center.

The Type R-exclusive body kit will also include wider front and rear fenders, redesigned bumpers, and a large rear spoiler. The latter has seen quite an evolution over the last generation with a slimmer profile, similar height, and a pair of eye-catching supports that look like they are adjustable. 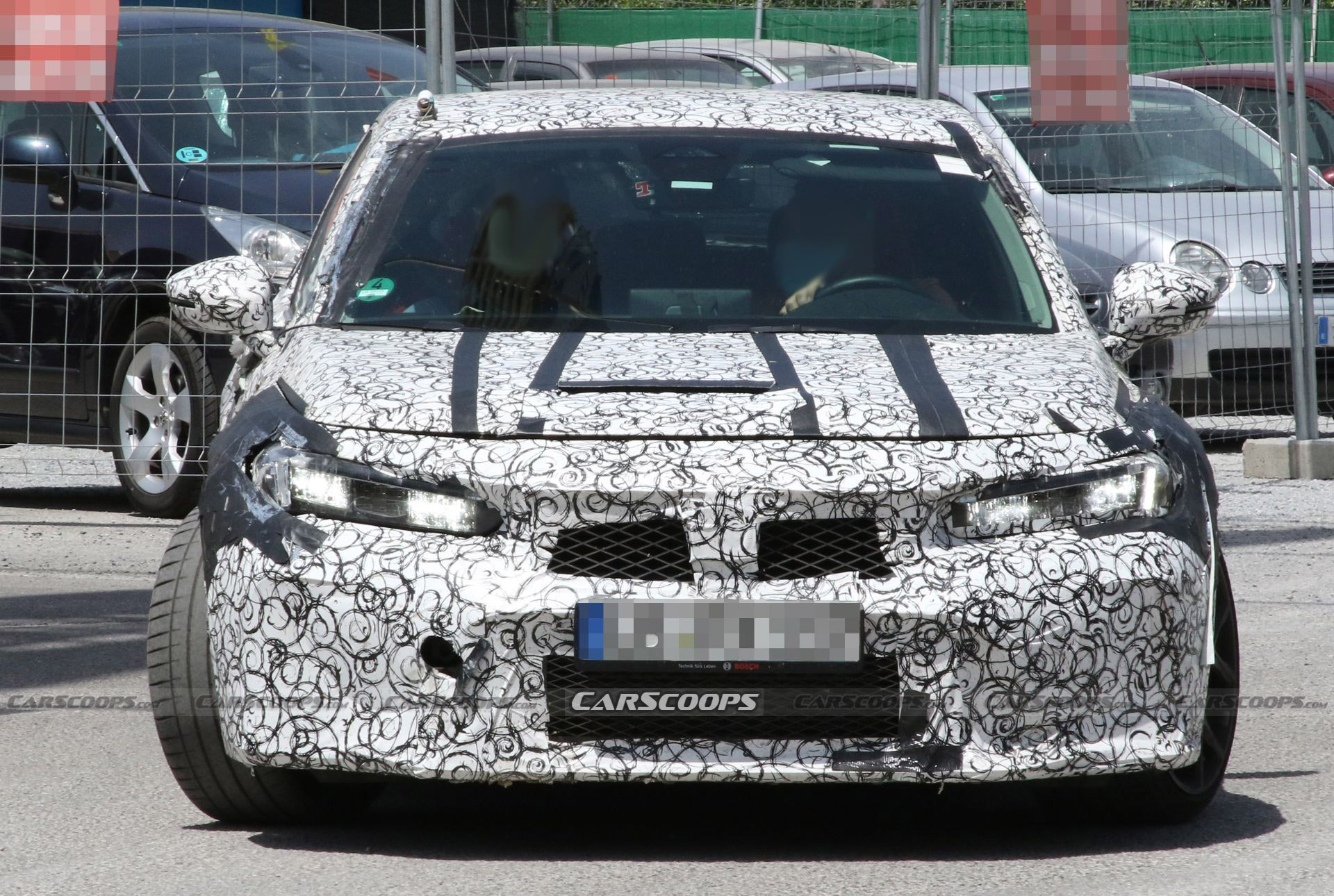 The new generation Civic Type R will retain the front-wheel-drive layout with a 6-speed manual gearbox and a limited-slip differential. According to the latest reports it is expected to be the last non-hybrid Honda model, featuring a turbocharged four-cylinder 2.0-liter engine.

See Also: 2022 Honda Civic Type R May Look Something Like This Render 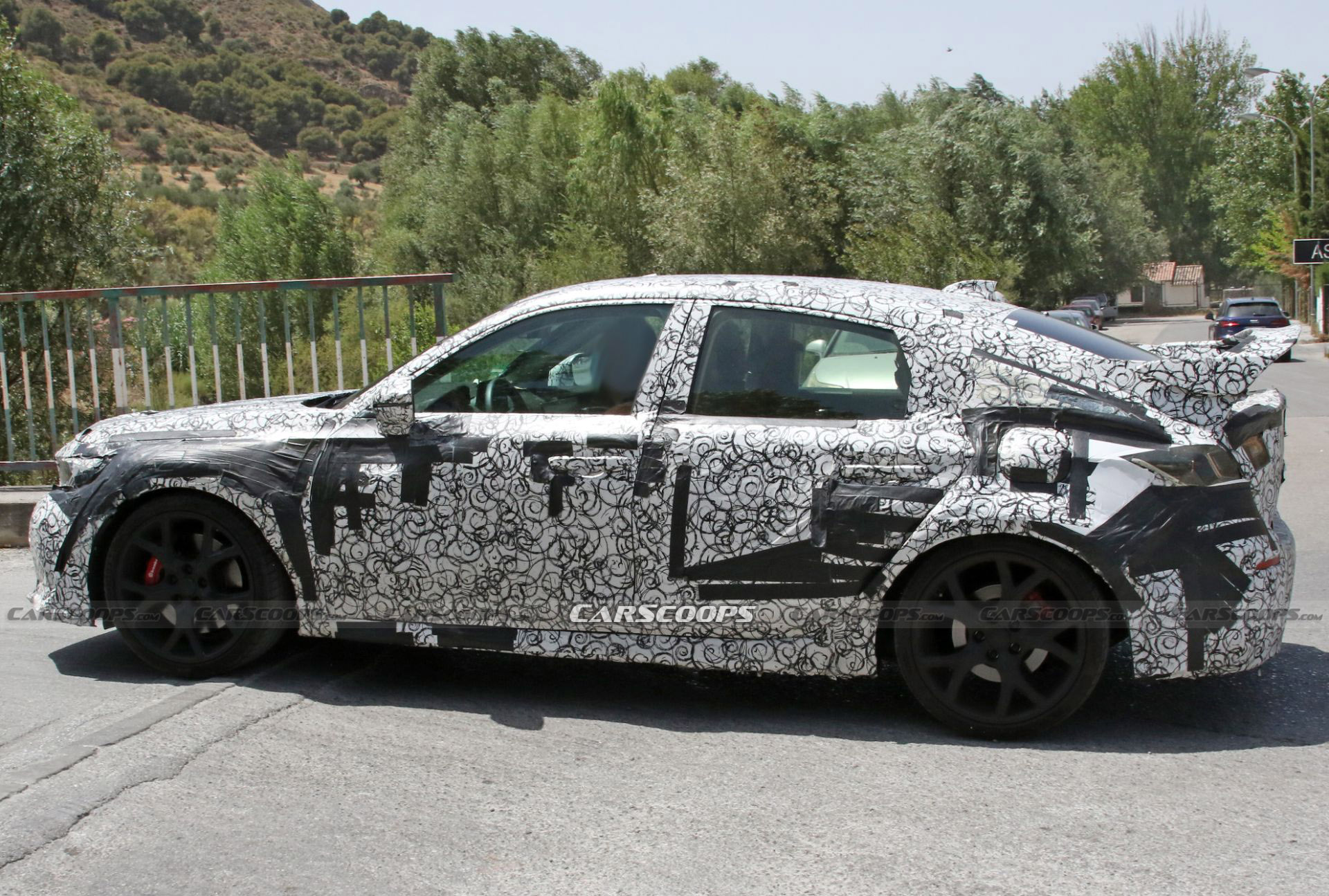 Besides the power increase, the new generation will benefit from a stiffer chassis and a new suspension setup. Honda is proud of the 2022 Civic hatchback‘s driving dynamics so the Type R is expected to excel in this regard. Naturally, it will come with more powerful brakes, electronically controlled active suspension, and a proper limited-slip differential in the front axle.

We will have more information on the upcoming Honda Civic Type R in the following months as we inch closer to the 2022 reveal. Do you think that it will be able to break the FWD Nurburgring record?