Avtovaz opened the order books for the updated Lada Niva Bronto (known as the 4×4 Bronto in Russia), which is the hardcore version of the immortal off-roader.

If the Niva name sounds familiar to you, it’s because this model has been around since 1977 with minor updates. The Bronto (not Bronco) variant started life as an aftermarket tuning package but ended up being a factory option after Avtovaz acquired the company.

Both the Niva Legend and the Niva Bronto models are based on the old chassis, however, there is also the newer Niva Travel, which is a completely different model based on the ex-Chevrolet Niva.

Back to the Niva Bronto, the 2021 update includes the slightly redesigned interior that was introduced in the 2020 Niva Legend. The dashboard still looks like it’s the ’80s all over again, but it gets a new instrument panel, more comfortable and heated seats, a new air-conditioning system, and modern interior lights. The Russian company claims that the updated model has an “improved noise and vibration isolation package” which would make it more liveable as a daily driver.

The Lada Niva Bronto is available in two trim levels – Luxe and Prestige. The Luxe gets metal bumpers, rail, wheel arch extensions, and 15-inch wheels with all-terrain tires. This sounds nice but we would definitely go for the flagship Prestige (pictured) which comes with plastic bumpers, a redesigned grille, foglights, plastic wheel arch linings, and side sill protection. Optional equipment includes a light panel on the roof and a special camouflage paint, which sounds ideal for when you want to hide your Niva in the wild.

Despite the updates and the expensive-sounding names of the Niva’s trim levels, the iconic off-roader has lost none of its rugged characteristics, and it still comes with an affordable price tag. 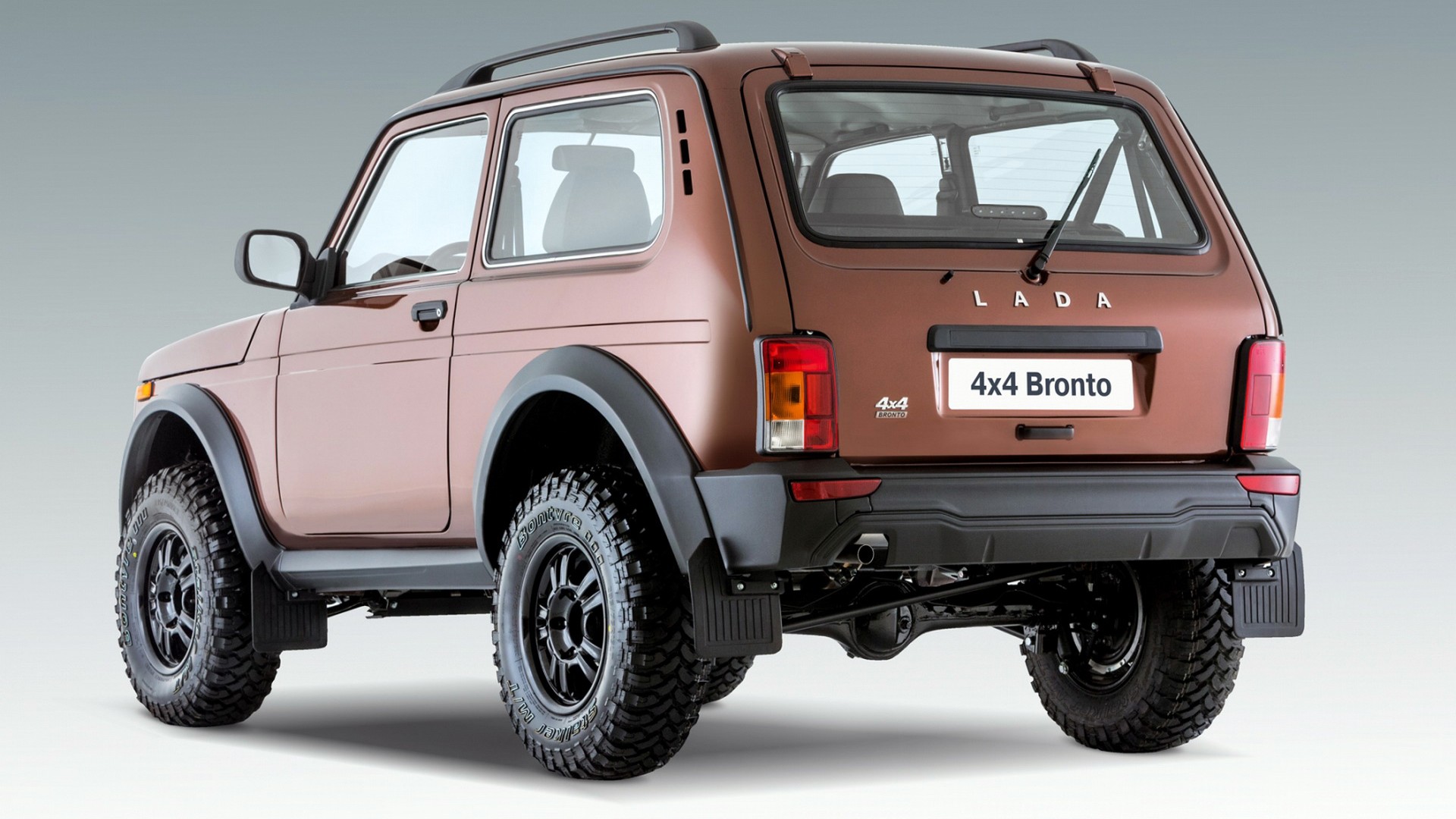 See Also: World’s Lowest Lada Niva Is Ridiculous Yet We Can’t Look Away

Under the bonnet, there is an ancient naturally aspirated 1.7-liter petrol engine producing 82 hp (61 kW / 83 PS) and 129 Nm (95 lb-ft) of torque. Like in all Niva variants, power is transmitted to all four wheels through a five-speed manual and a 4WD system. Changes in the more focused Bronto variant include front, and rear self-locking differentials, a stronger real axle, and reinforced suspension with a 240 mm (9.4 inches) ground clearance. 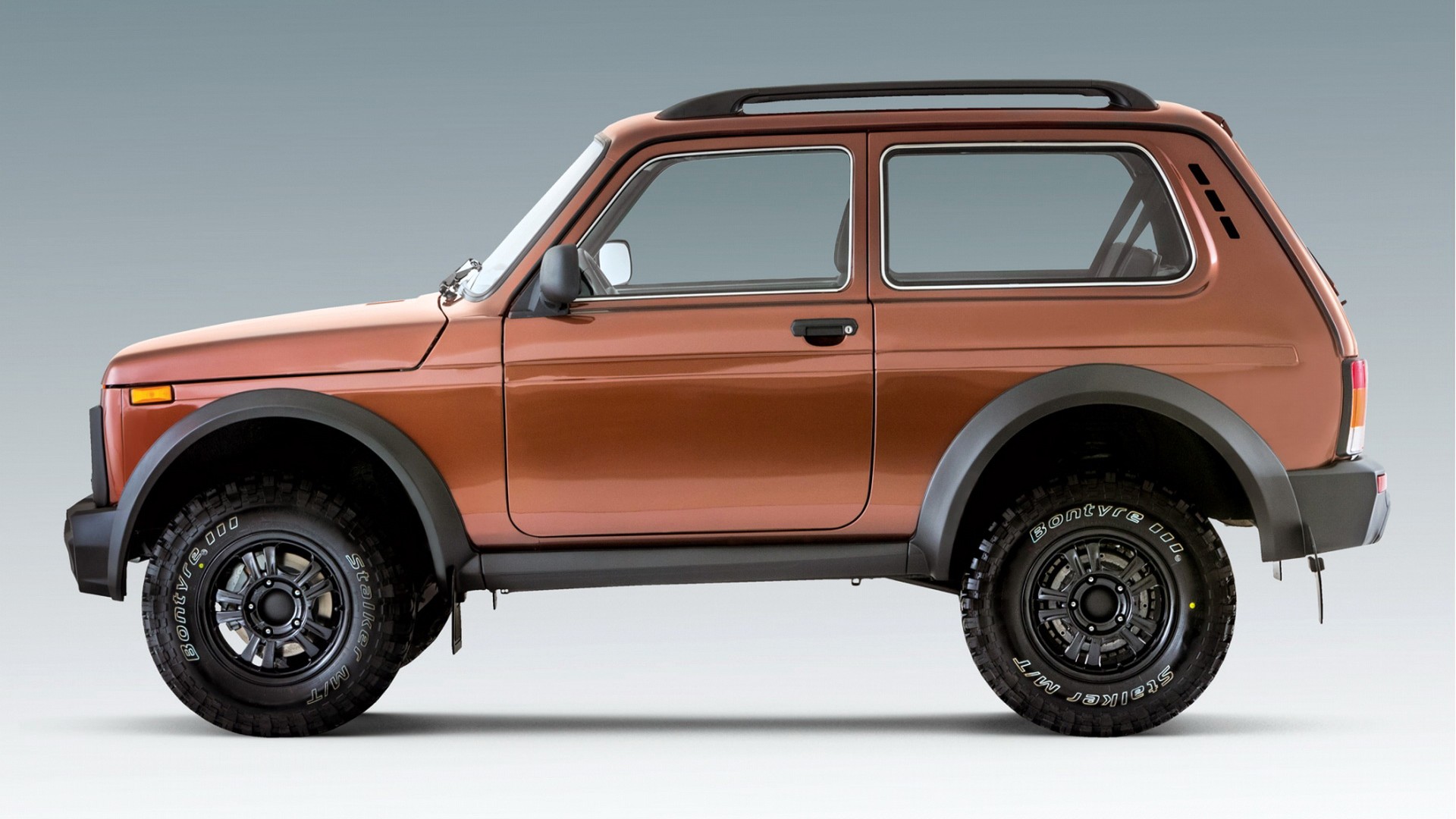 As a reminder, Lada – a member of Renault Group – has announced a brand-new generation of the Niva for 2024, based on the CMF-B platform. We don’t know if this model will signal the death of the old Niva after 47 years of active duty, but there is still hope that Lada will keep producing the rugged off-roader as a budget alternative to the newer models. If we were Avtovaz executives, we would definitely request the engineering team to do an electric conversion so the Niva could march on to the new era.

Note: The brown Lada Niva Bronto is the 2017MY, which is not expected to differ from 2021MY in terms of exterior design.