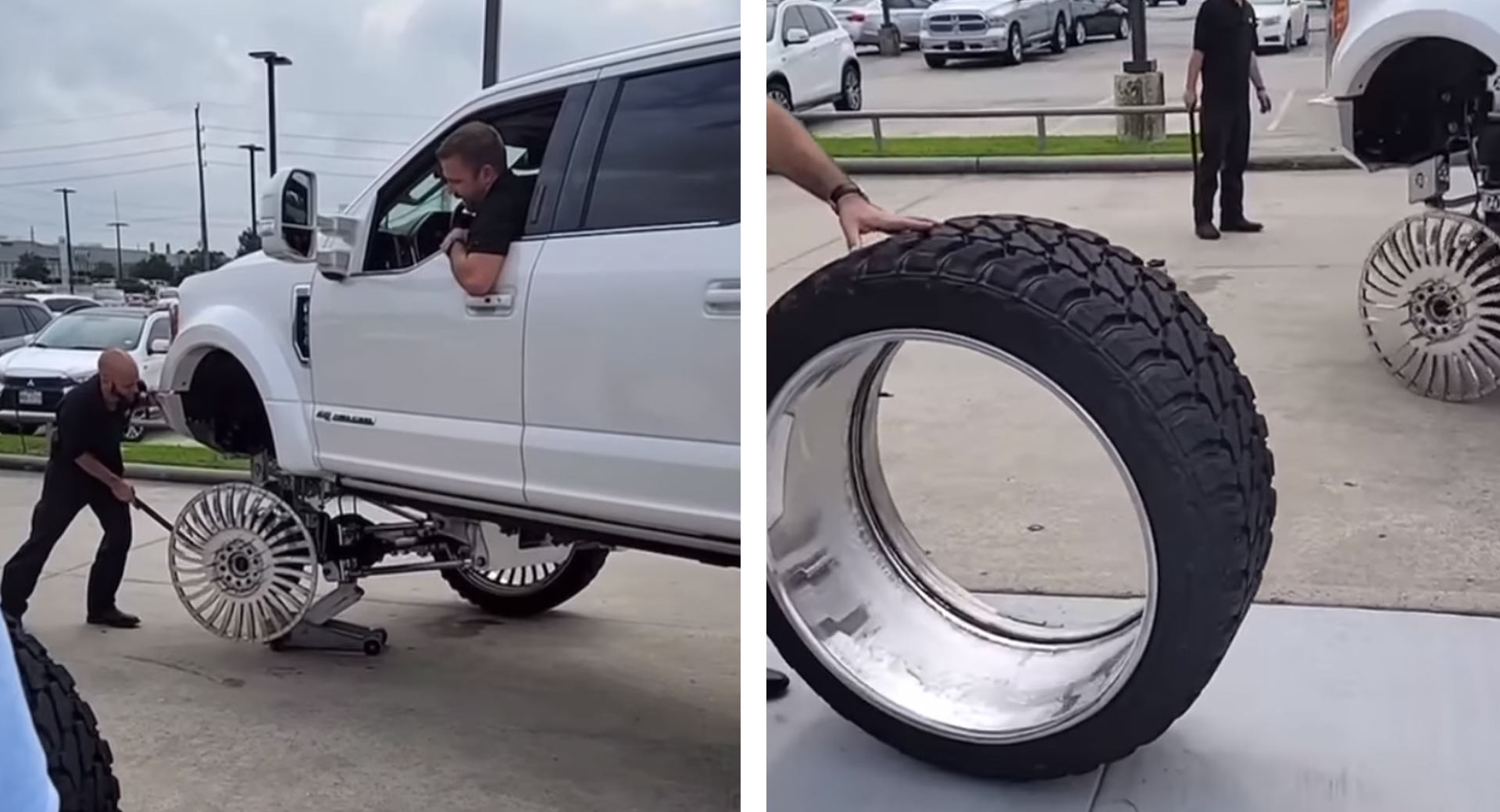 Fitting your Ford F-450 Limited with 30-inch forged wheels may look cool, but as a Ford dealership recently discovered, doing so can have its drawbacks.

The white F-450 featured is said to have been recently purchased by a dealership in Houston, Texas but shortly after taking delivery, one of the wheels somehow completely detached from the barrel, leaving just the spokes and outer rim of the wheel attached to the truck.

In an attempt to move the truck, the dealership placed a jack under the front end and someone proceeded to reverse the truck while another employee tried to push the jack along to keep the damaged wheel off the tarmac. Unsurprisingly, this plan didn’t work very well and before long, the truck had slipped off the jack, forcing the dealer to drive the F-450 on its spokes.

It’s hard to know why the spokes of the wheel separated from the barrel but supporting a truck as heavy as the Ford F-450 clearly isn’t an easy task.

The Drive notes that the wheels appear to have been made by Forged Nation and measure a massive 30×16-inch at the front while the duallys at the rear each measure 30×9.