The sixth-generation Sportage debuted in June and, as you might expect, the automaker showed the car in its highest trim level. Now, though, Kia has shown off a greater variety of trims.

With its fancy LED lights and its big wide screen that runs all the way from the instrument cluster to the infotainment screen (kind of like the EV6), the new Sportage is a tech showcase. If you’re not as impressed by tech and just want some uncomplicated transportation, though, you can get rid of a number of screens.

Although the instrument cluster looks like it will be a 12-inch screen regardless of trim, the infotainment screen can be made considerably smaller. The Sportage‘s 12-inch infotainment screen can shrink to go from a “panoramic display” to a smaller 8-inch screen with buttons and dials on either side, to a tiny LED display that looks like it’s straight out of the ’90s. 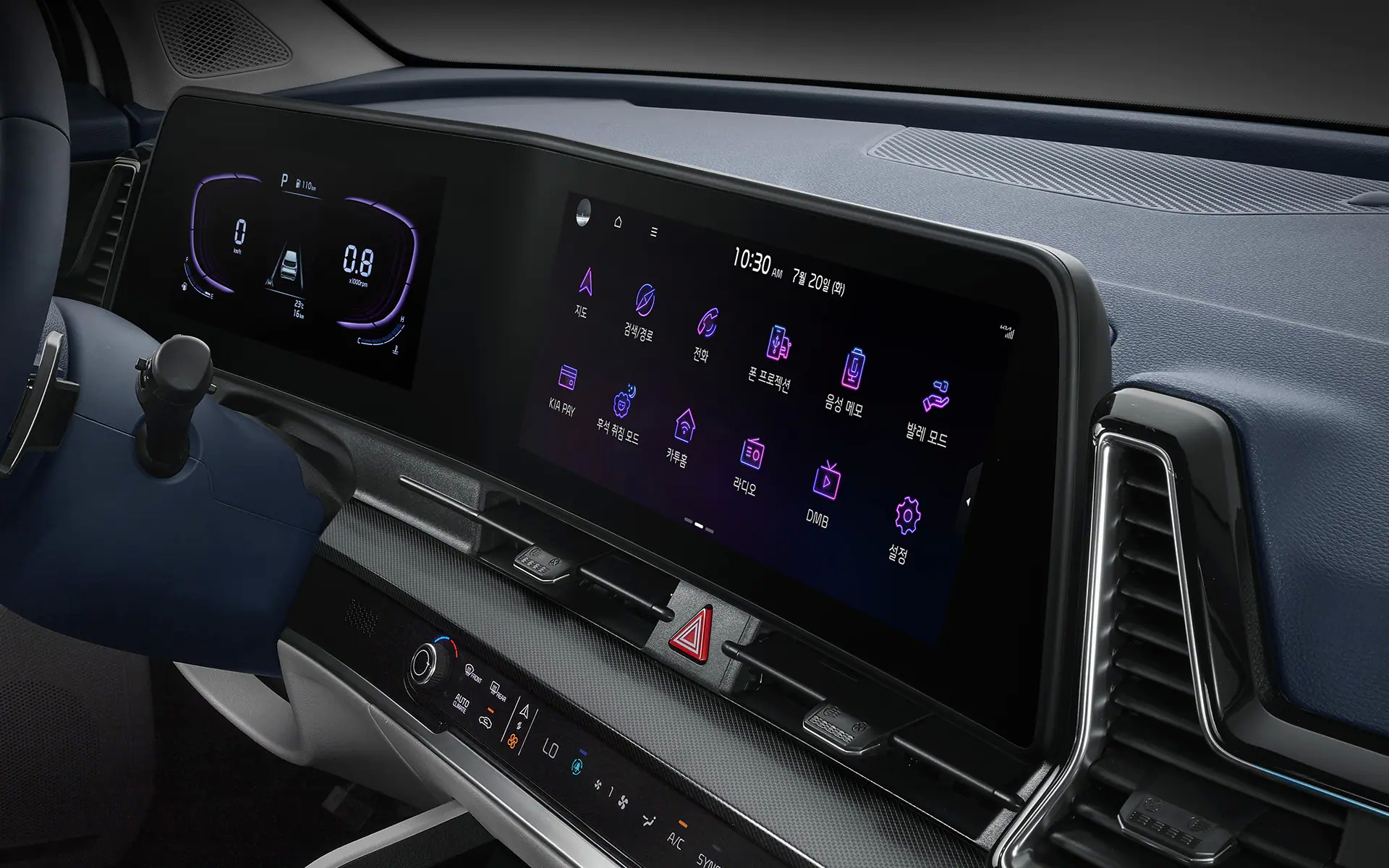 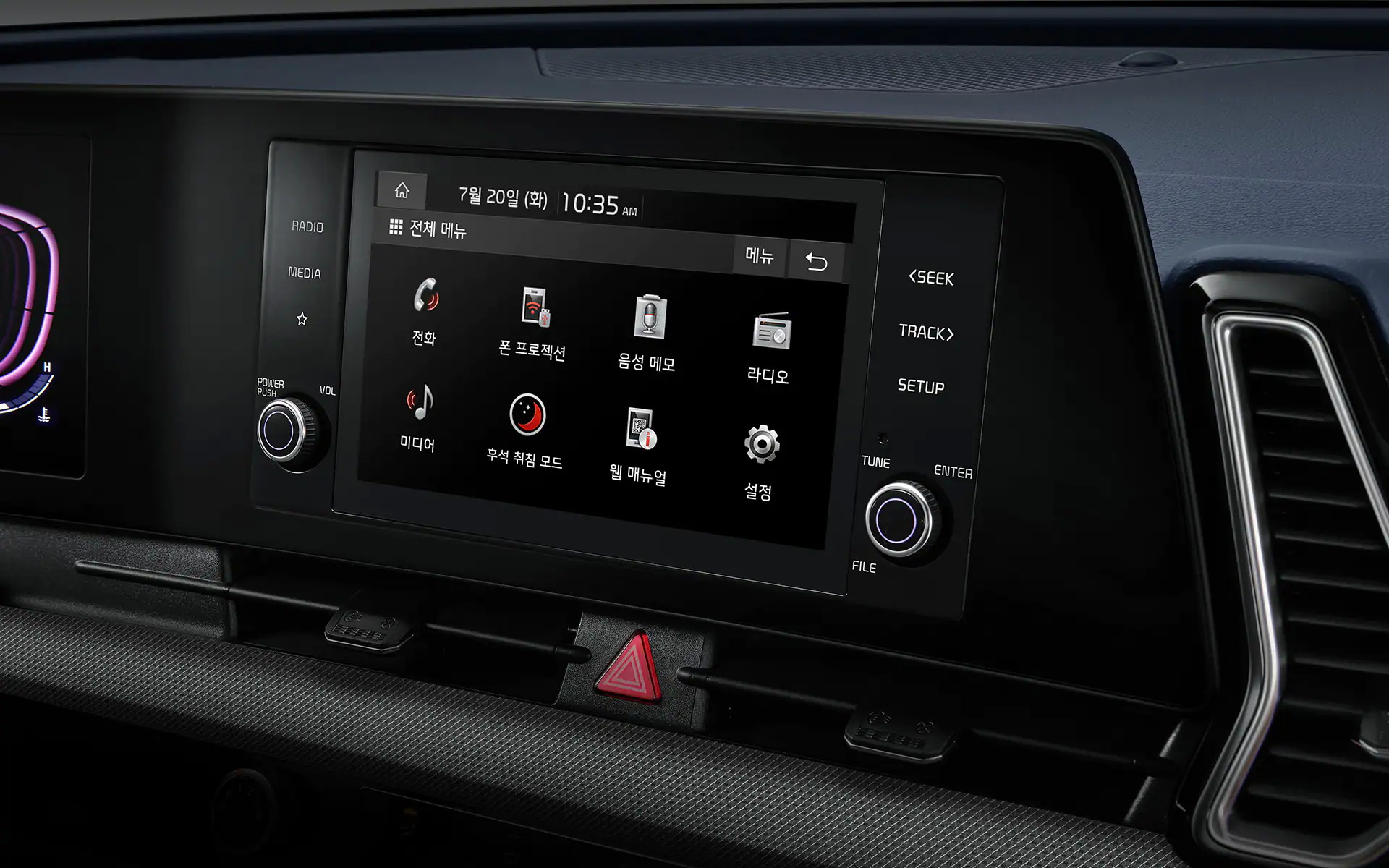 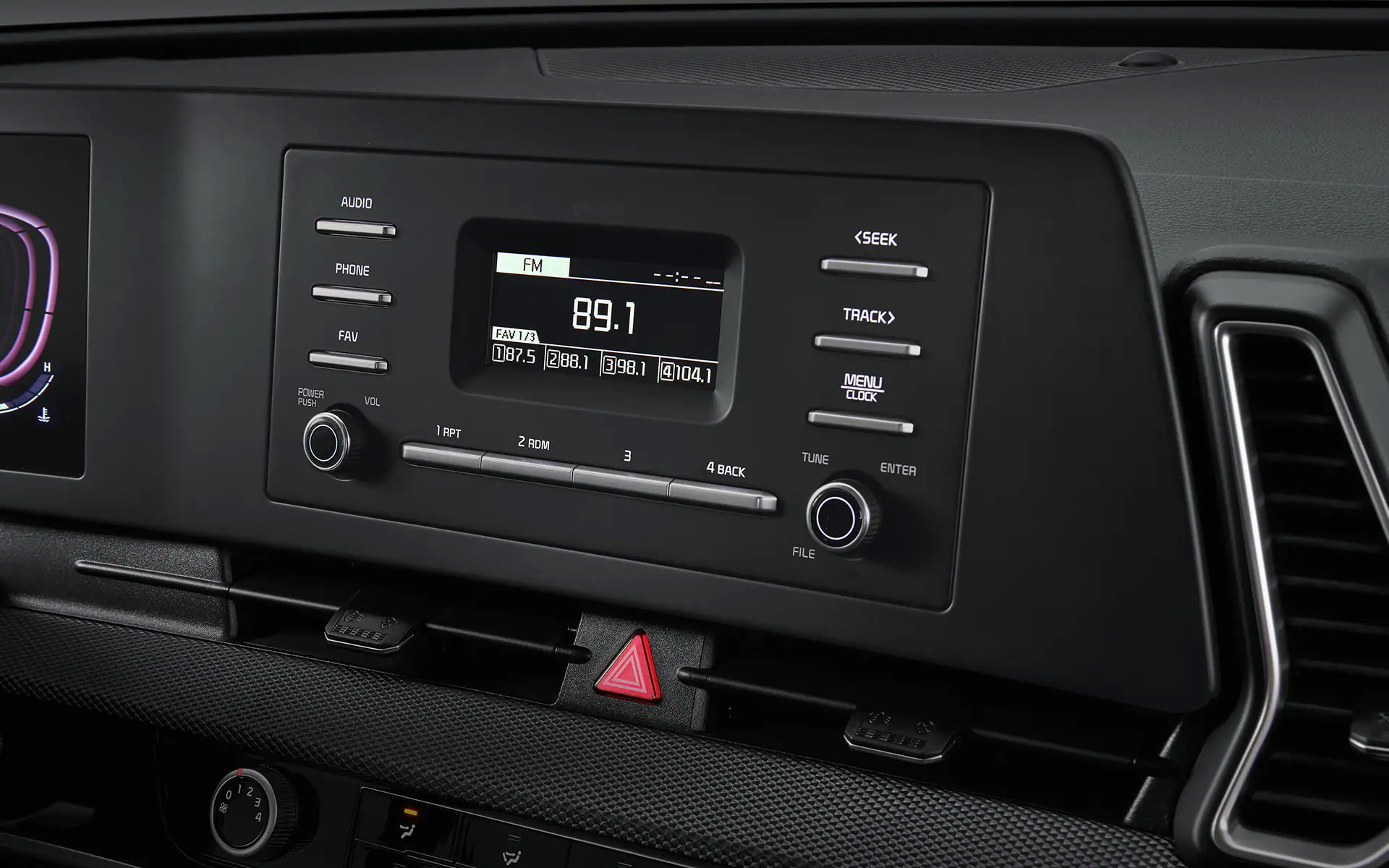 The same goes for the HVAC controls under the vents. These, too, can go from almost entirely digital in the highest trim to entirely button-based in the lowest trim. Although it looks a little unusual to see a tiny display where the 12-inch screen should go, Kia is offering its Korean customers a range of options that we don’t often see in North America, so more power to them, I say. 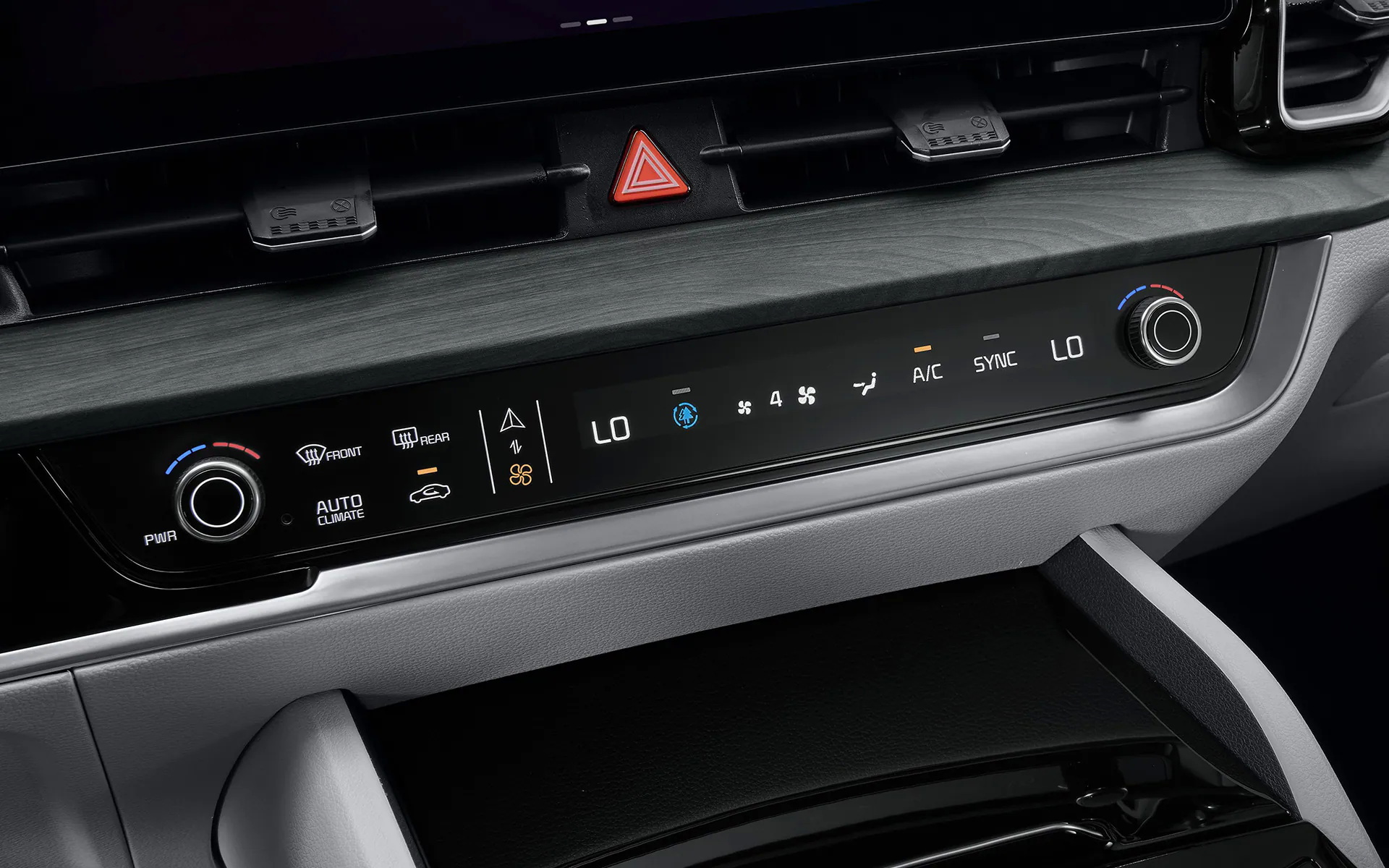 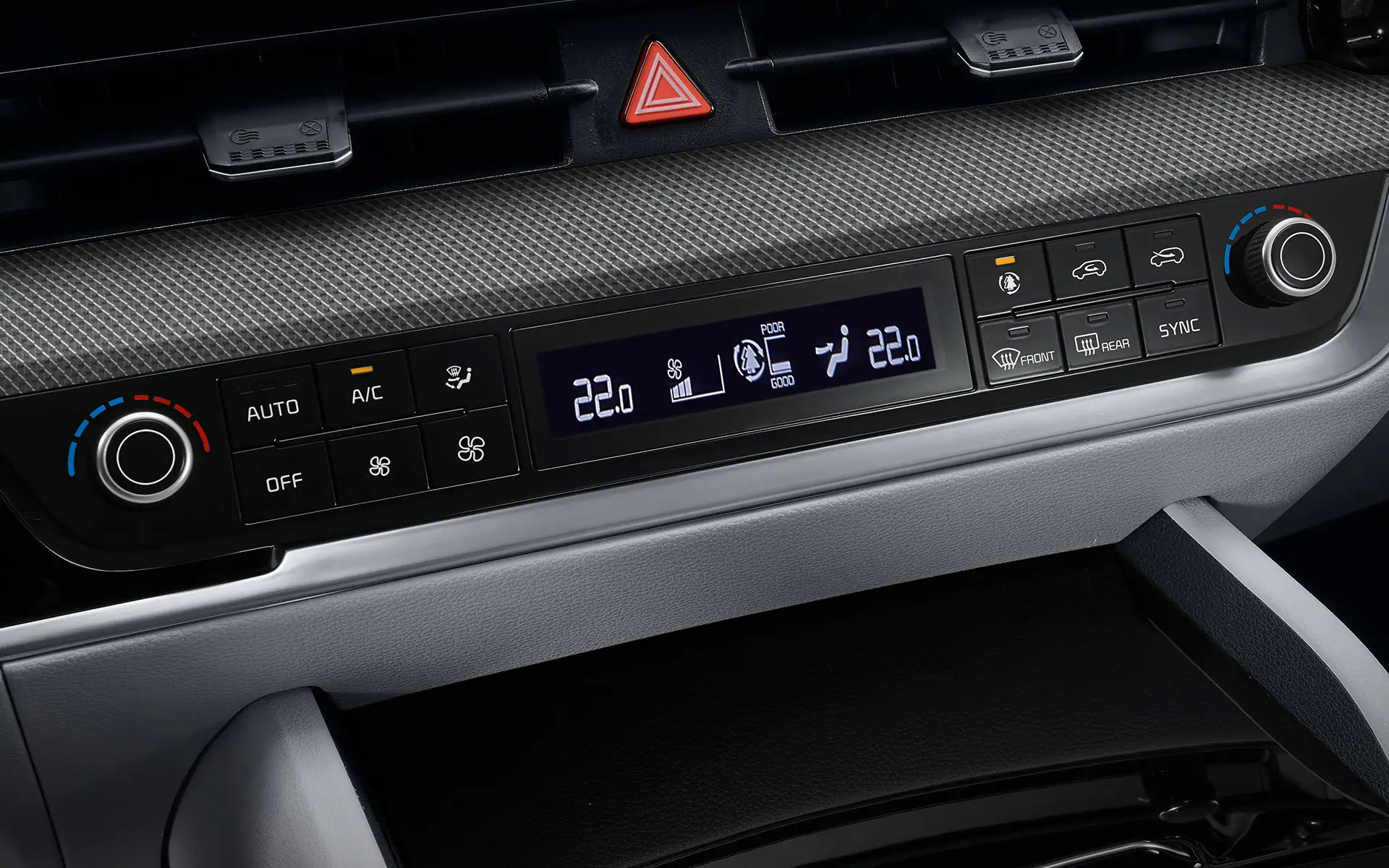 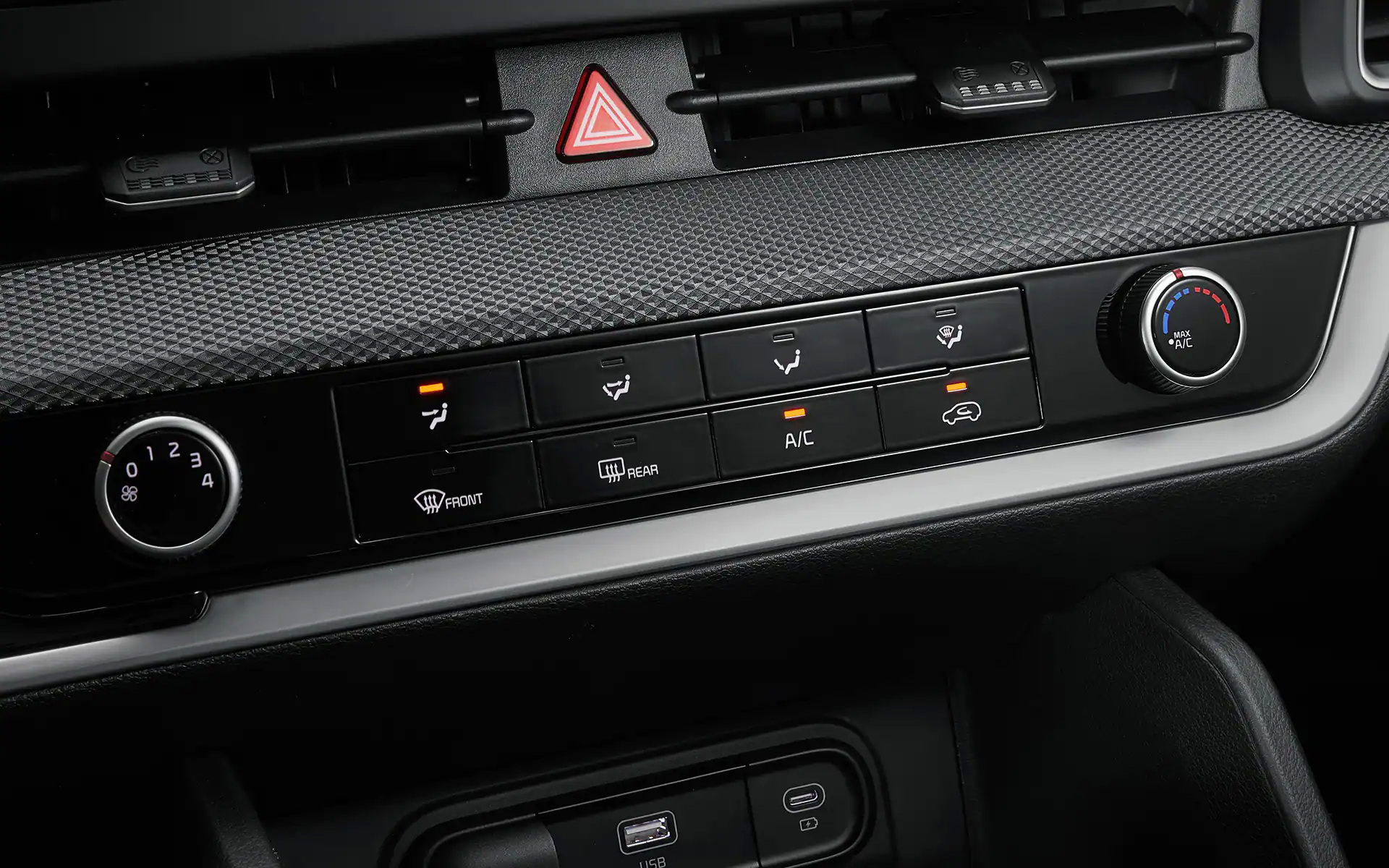 The newly released photos also show the headlights going from their fanciest all-LED configuration to a less complicated configuration. Same goes for the taillights. 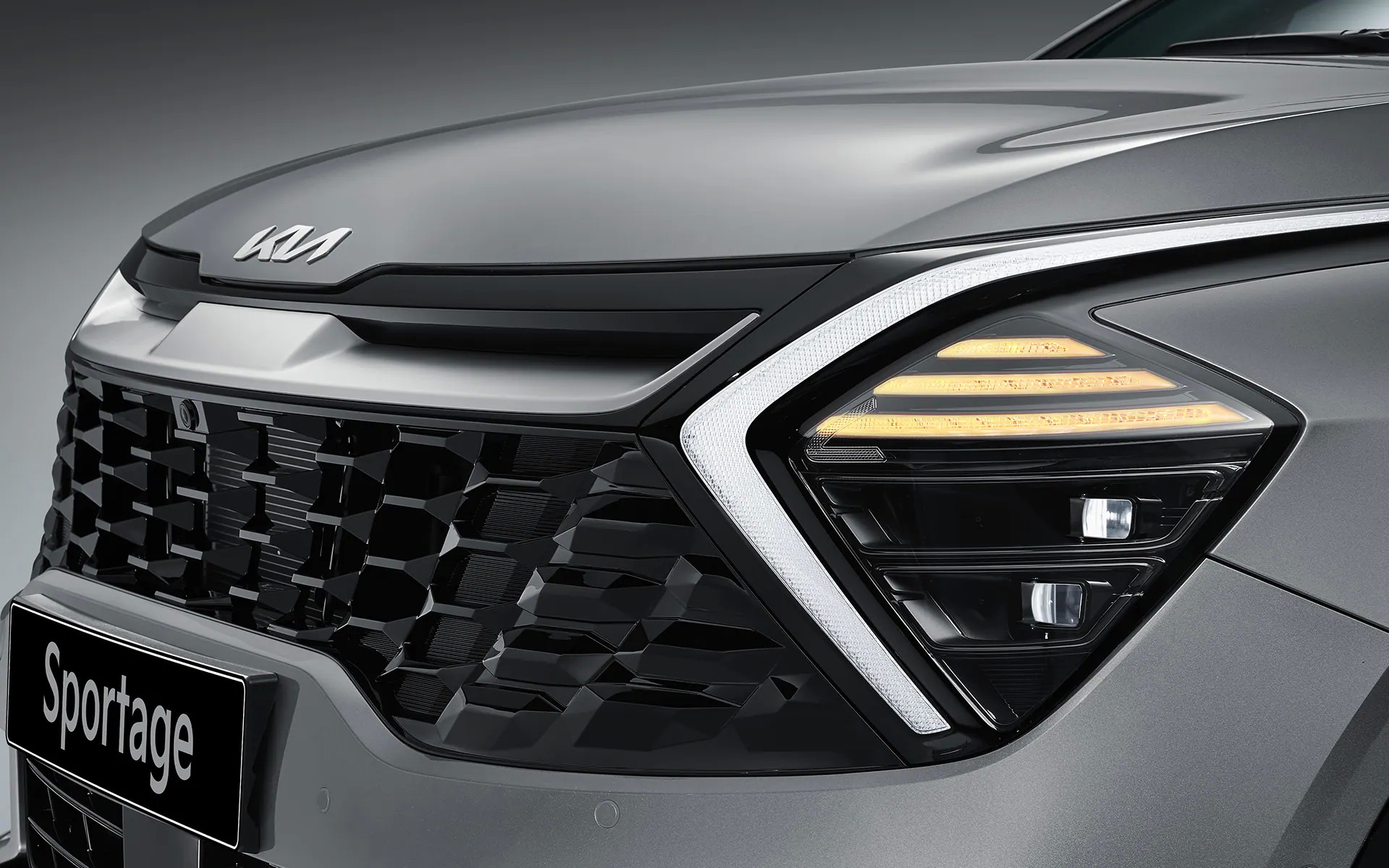 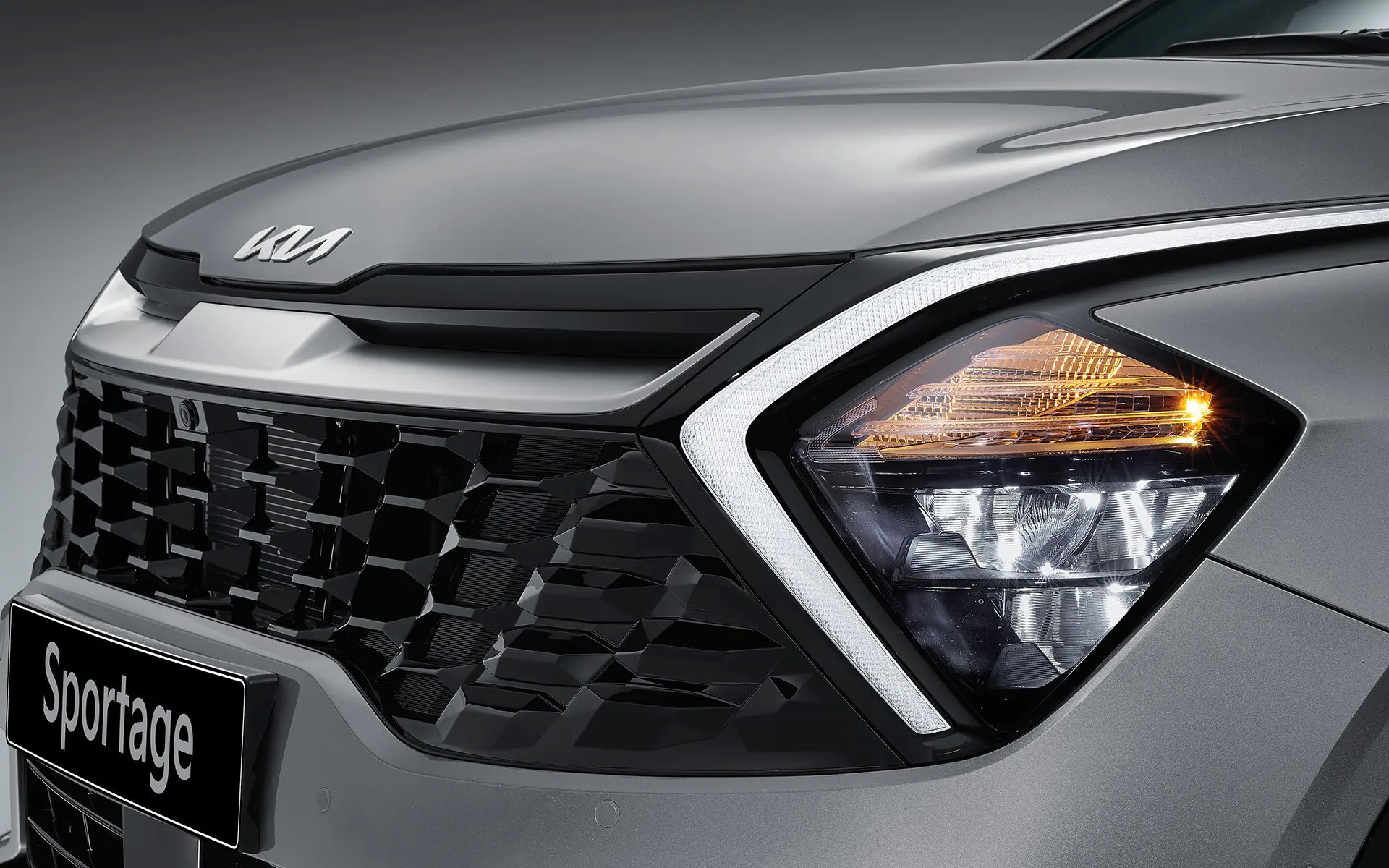 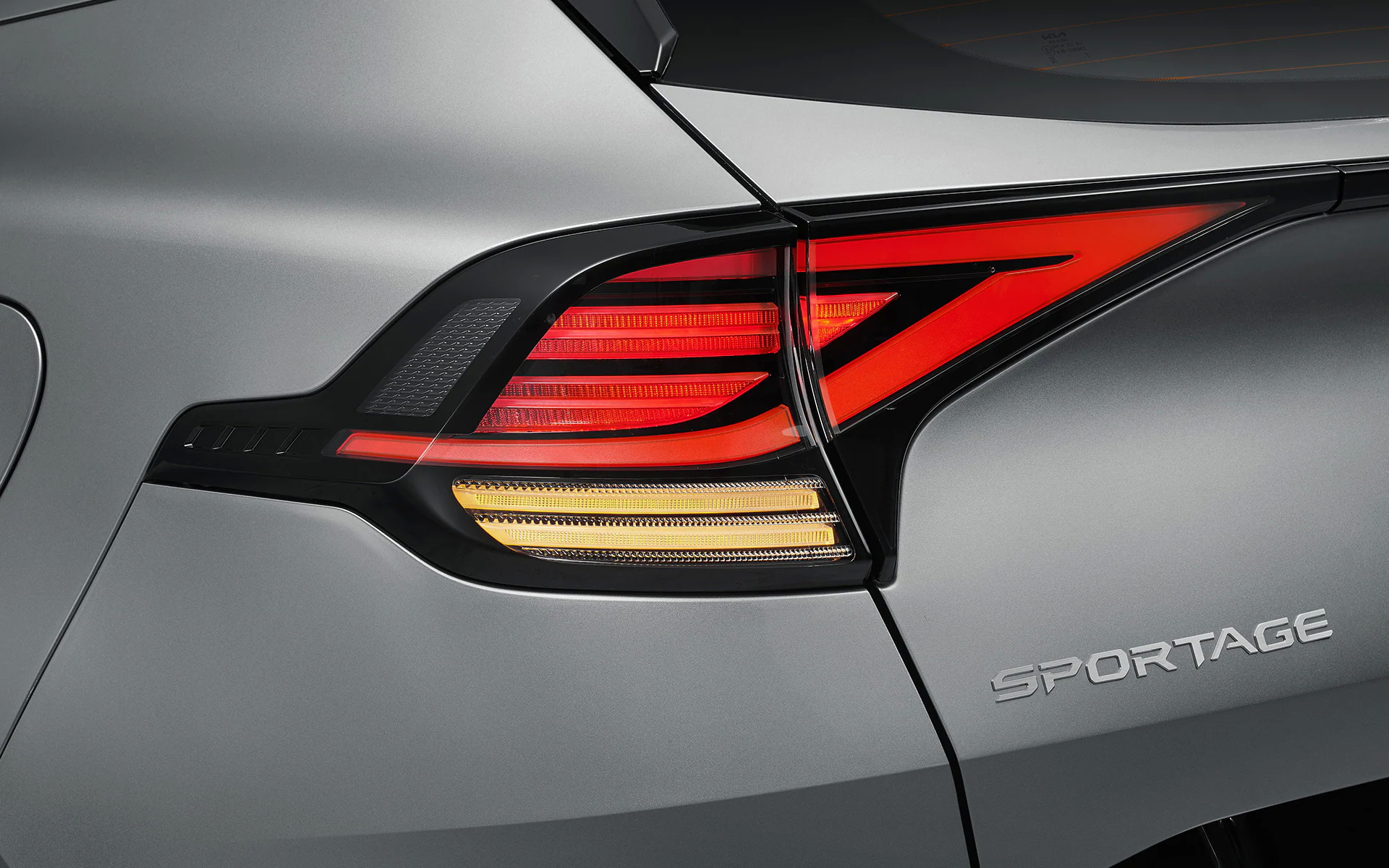 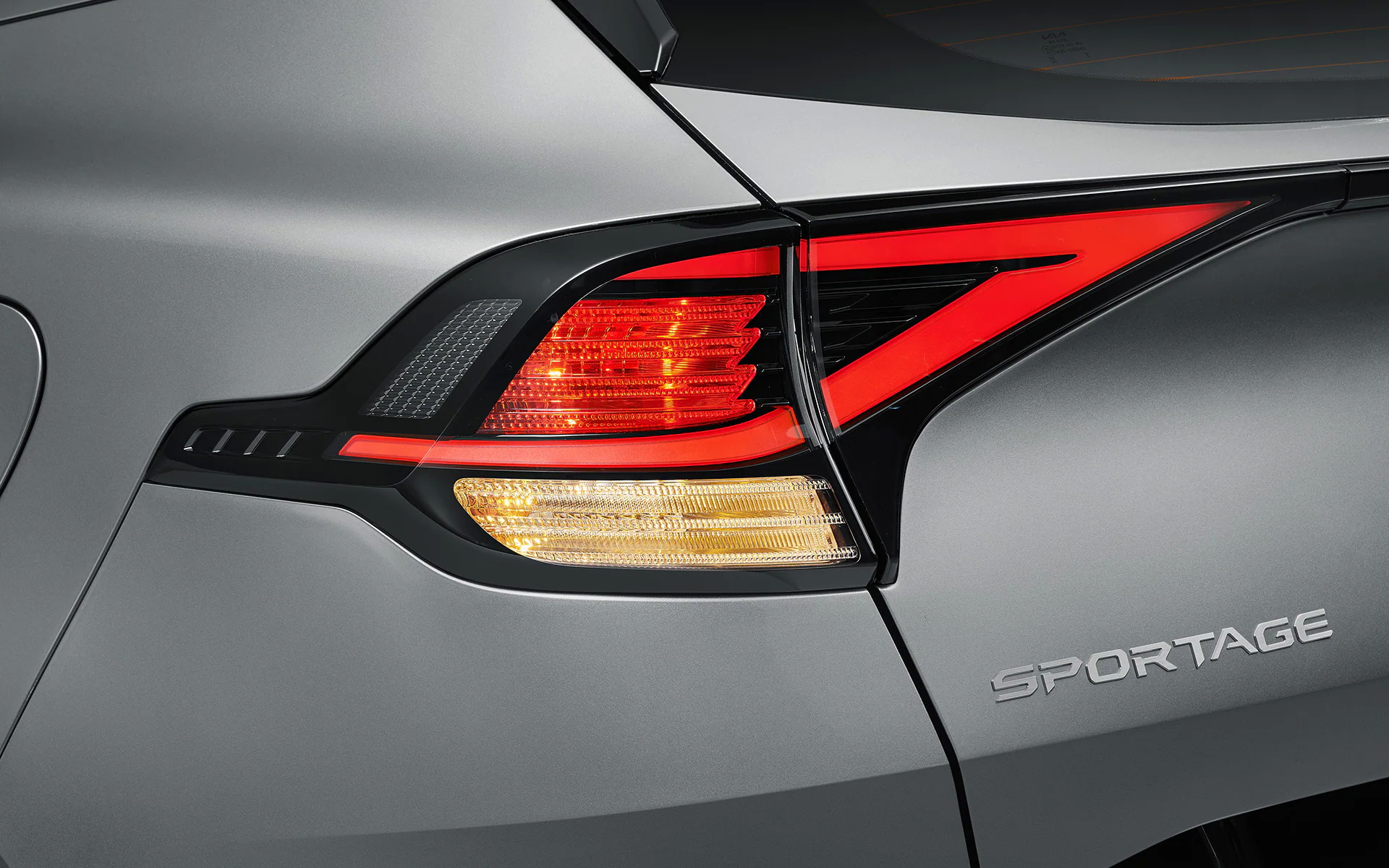 Kia’s website reveals, meanwhile, that the hybrid Sportage will use the same 1.6-liter engine with an electric motor that makes an additional 59 hp (60 PS/44.2 kW). Power will be sent to the front wheels for the hybrid, while the gas and the diesel engines can be selected in front- or all-wheel-drive. 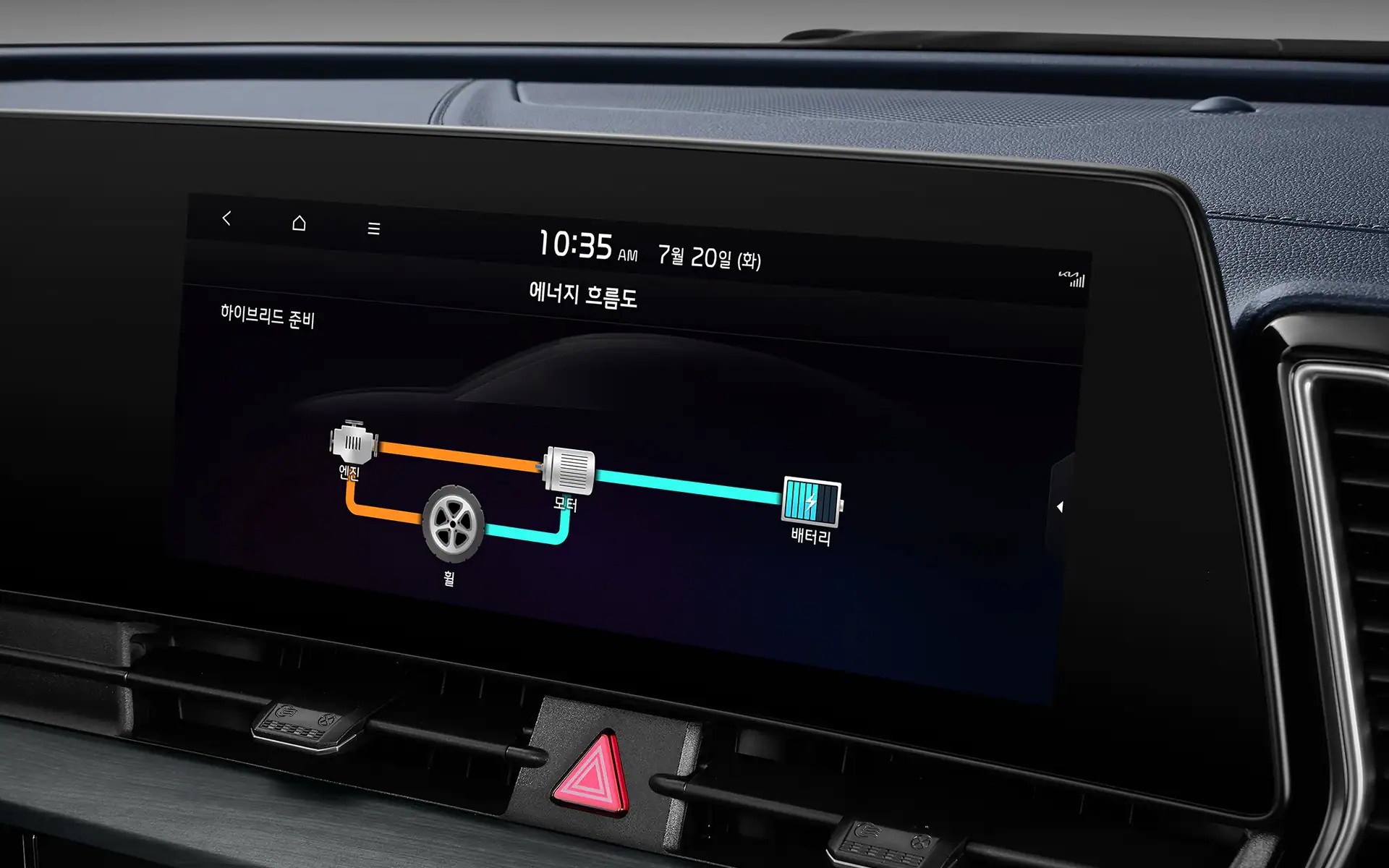 According to Korea‘s official government fuel economy standards, the hybrid gets pretty good mileage, too. With a 6-speed auto, the Sportage hybrid gets up to 39 mpg combined, whereas the best the diesel can muster with its eight-speed auto is 34 mpg combined (or 29 mpg in its least efficient spec), and the gas version that’s paired to a seven-speed DCT tops out at 29 mpg combined (or 25 mpg in its least economical configuration).

Unfortunately, Americans will have to wait until the 2023 model year to get their Sportage and are unlikely to get this range of options.