If you’re looking for a new car right now, there’s a good chance it’s a small SUV. No, they’re not going to light your fire on a backroad or effortlessly tow a huge boat, but for most buyers cars like the Honda CR-V and Toyota RAV4 have almost every base covered.

But it’s a busy segment, so which one should you buy? Edmunds gathered five of the newest and the best and drove, measured and rated each to come up with an answer.

The five cars in question are the Honda CR-V, the recently refreshed Nissan Rogue, the Mazda CX-5, the Toyota RAV4 and the new 2022 Hyundai Tucson.

Much like Marvel’s Avengers, each of these SUVs turns out to have its own strengths.

Related: Here’s All You Need To Know About The 2022 Mitsubishi Outlander

Edmunds hosts Alistair Weaver and Carlos Lago say the Mazda CX-5 is the driver’s choice thanks to its sharp handling, but it’s not so great when it comes to cargo space and fuel efficiency.

The latest Nissan Rogue, recognizable by its square front end, isn’t much fun to drive, but impresses with its comfortable cabin and solid 30 mpg rating, and the Toyota RAV4 gets praise for its smooth ride and space efficiency.

But the RAV4 scores black marks for its lackluster performance, a criticism that’s also leveled at the newest car in the shootout, the Hyundai Tucson. Edmunds also wasn’t keen on the Tucson’s touch-sensitive console buttons. 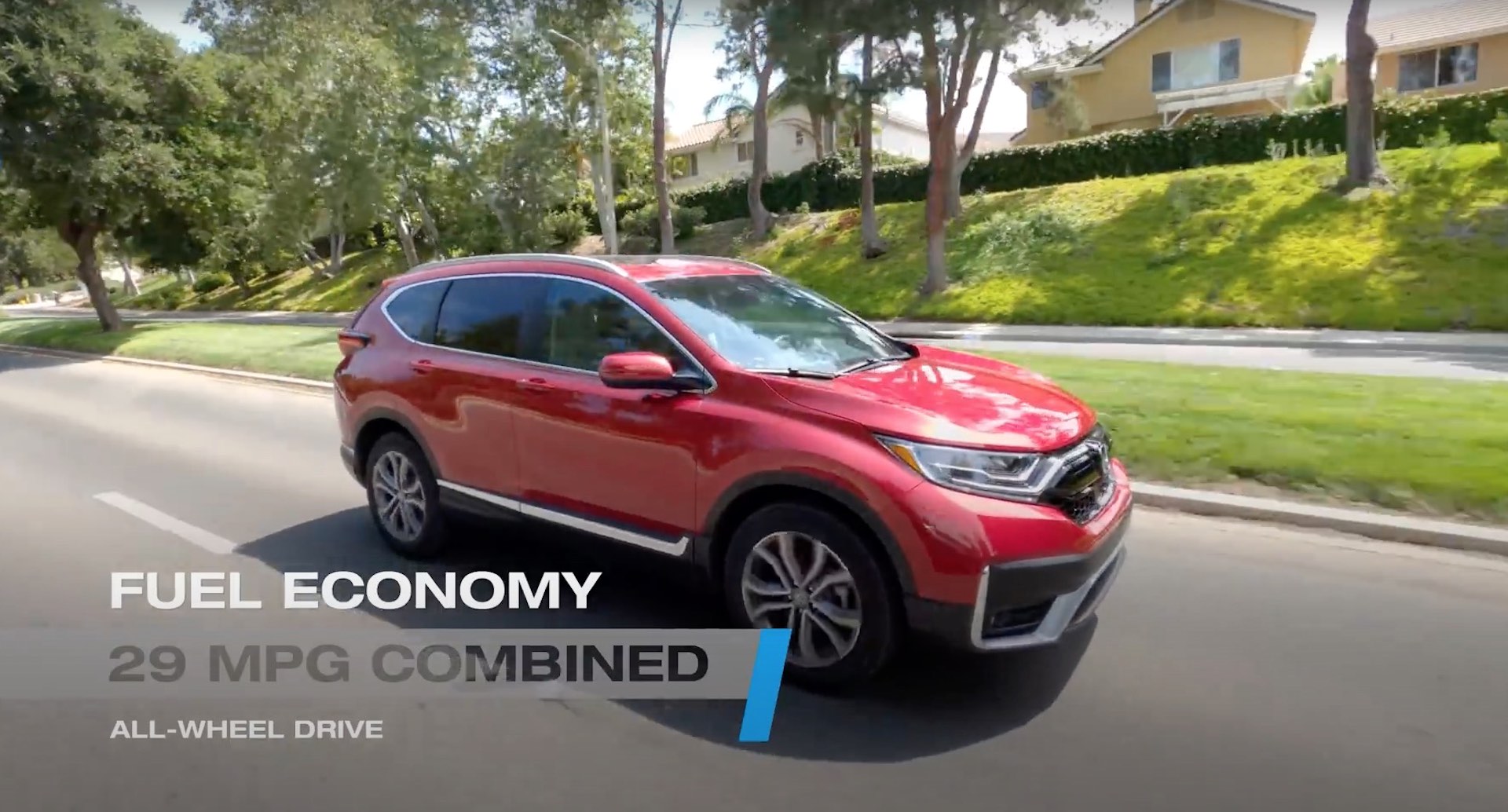 Which just leaves the CR-V. The Honda was already Edmunds’ favorite small SUV going into this test, and leaves with its crown firmly in place. Positives include the huge trunk space, useful cabin storage, and wide opening doors, which doesn’t sound very exciting, but is the kind of stuff that matters when buying practical family cars.

The big surprise is just how well the CR-V does in the fun-to-drive stakes considering it’s the oldest car in the test. But even though it shows its age with its dated, glitchy infotainment system, and an all-new CR-V isn’t far away, it still takes top honors over all.