At the height of the rally craze in the late 2000s, there were few men and machines as successful and spectacular to watch as Sébastien Loeb and the Citroën C4. Under the control of Loeb, the 2008 C4 was considered virtually unbeatable, victorious in every single tarmac rally it entered within its four-year reign. Chassis number 14 has long since retired, but Henry Catchpole from Carfection has gone back to relive the legend.

The legendary C4 WRC car currently lies with its new owners, Girardo & Co., who focus on preserving some of the most iconic sports and racing cars of all time. Max Girardo presents the C4 in its most famous livery, listing down some of the vehicle’s most significant wins, such as Rally Monte Carlo and Rally Deutschland, where the Citroën team finally received its Red Bull sponsorship. Going over its achievements, Max and Henry recall Chassis 14’s performance over both gravel and tarmac, where Loeb and the C4 were practically unbeatable. This car’s legacy didn’t end with the Frenchman, though, as it went on to be driven by other skilled racers, most notably Formula 1 world champion Kimi Räikkönen, who piloted the C4 in Rally Mexico.

See: Could This Ex-Richard Burns Subaru Impreza WRC Be One Of The Most Original Rally Cars In The World?

Moving on to the actual mechanics of the car itself, Max elaborates on how the Chassis 14 C4 came with a more straightforward setup, making the car much more bearable for collectors like himself to maintain and run. Even though the car was built with cost-cutting in mind, there’s no denying the intricate work and master craftsmanship taken to make it a championship winner. Catchpole, who — in his own words — is a huge Loeb fanboy, shares his recollection of the time he was driven by the champ in this very gen of the C4.

Before Catchpole can put his skills to the test behind the wheel of the C4, he takes us through the rather complicated layout inside the vehicle, describing it as an “intimidating place to be”. Other than the apparent steering wheel, handbrake, and auxiliary gear lever, you get a plethora of buttons and switches that do various things to make the car more drivable.

With the familiarization complete, Catchpole is unleashed. A short while later, the Citroën is zipping down a narrow rally-esque lane, with the journo in awe of the nature of the car, which he describes as angry. At his disposal are 320 bhp and 430 lb-ft of torque, put to good use, clawing his way out of the slippery corners of the track.

Screaming over the roaring engine of the C4 WRC to try and explain every detail of his driving experience, Catchpole concludes that out of all the rally cars he has driven, this is the most serious, as the engineering behind it makes the C4 feel like it’s ‘laser guided’. 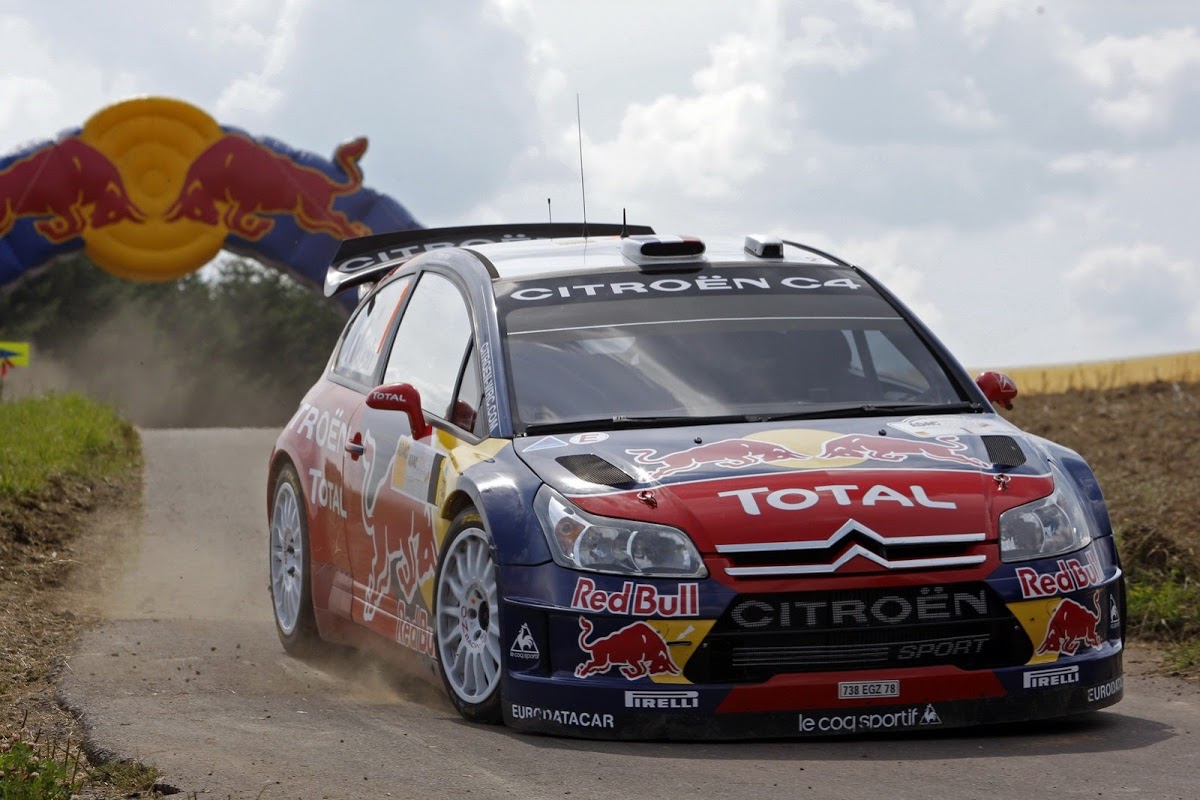