Elon Musk took to Twitter late last week to tell the fine people of the internet that the Telsa Model S Plaid will not be sold with a traditional steering wheel despite the apparent desires of the company’s own test drivers (and many owners too).

The comments came on July 23 after Musk was asked whether or not the Model S Plaid would get “a normal steering wheel option?” Musk simply responded “No.”

The Tweet was made in a thread below a post about Marques Brownlee‘s recent (largely positive) review of the car. Although he liked the car overall, his only major issue was the yoke.

His major concern wasn’t exclusively the shape of the yoke. In combination with the touch-sensitive buttons along the two top-spokes, the yoke’s shape led him to signal and honk unintentionally during maneuvers.

Although Brownlee dislikes the yoke and its buttons, he admits that it looks cool and it might seem that it fits into this car’s wider ethos, which is being a sedan that can perform like a racecar. A wheel that looks like it’s straight out of a Formula E car kind of makes sense.

Curiously, though, there are some questions about its utility on a track. Famously, Randy Pobst asked for the wheel to be removed at Pikes Peak this year and now it seems that Tesla’s own test driver prefers a wheel to a yoke. 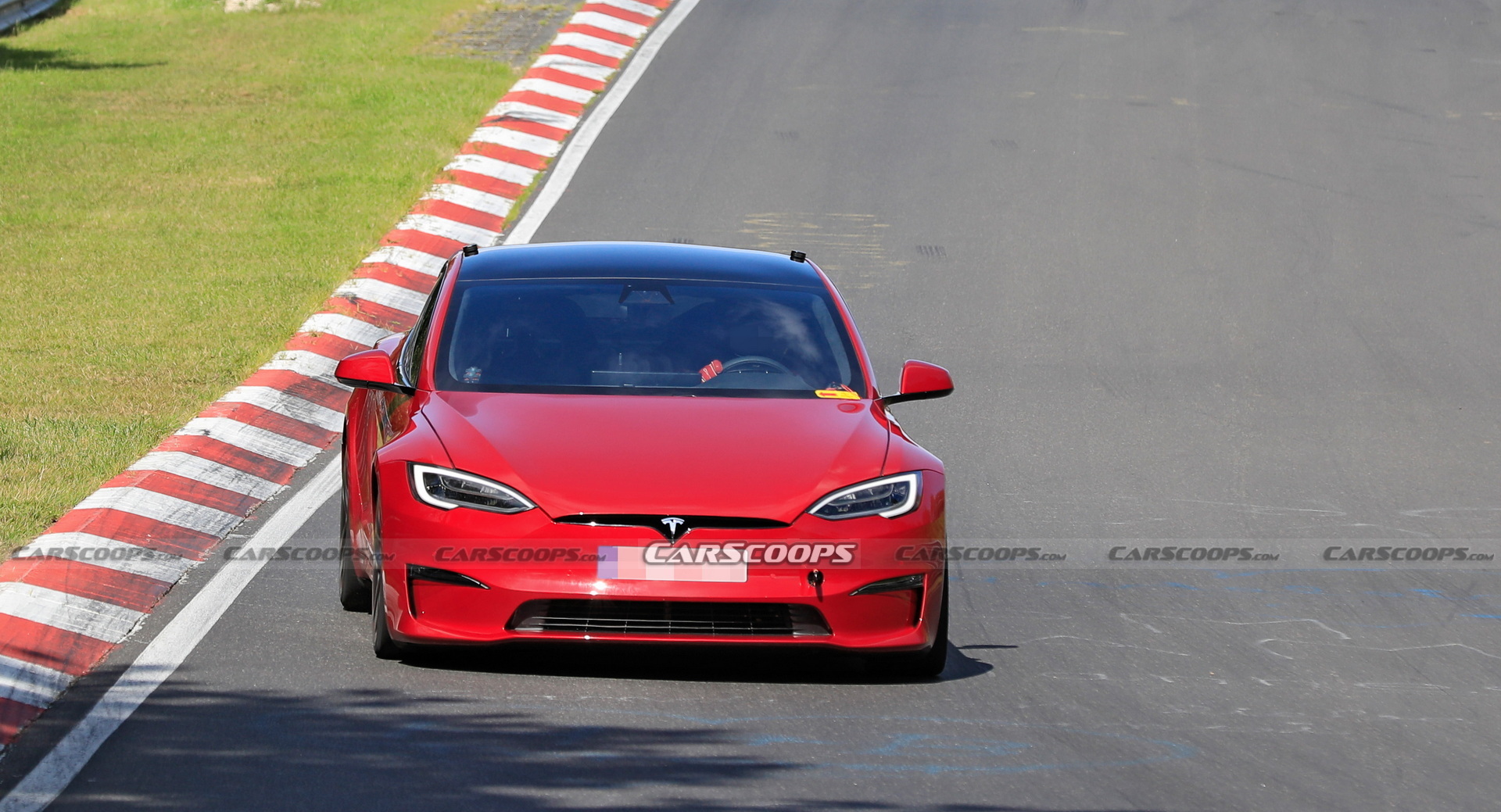 Although the Porsche is currently the street-legal electric car lap record-holder, it’s easily conceivable that Tesla could take the record with the 1,020 hp (1,034 PS/760 kW) Model S Plaid, which is capable of running the quarter-mile in just 9.2 seconds.