While Volkswagen is getting ready to retire the Amarok, replacing it with an all-new generation sharing bones with the upcoming Ford Ranger, Australians will get another special edition of the German pickup, locally developed by Melbourne-based Walkinshaw Performance: the Amarok W580X, an off-road-focused version of the W580 and W580S variants that are already on sale Down Under.

Under the bonnet, there is the good-old turbocharged 3.0-liter V6 diesel producing the same 255 hp (190 kW / 258 PS) and 580 Nm (428 lb-ft) of torque, sending power to all four wheels through an 8-speed automatic transmission. What is novel to this Amarok is the new suspension with MTV twin-tube dampers and a front lift, which in combination with the all-terrain tires make it even more capable off the beaten track.

See Also: 2022 VW Amarok’s Latest Teaser Is One Step Closer To The Production Model Based On Ford’s Ranger 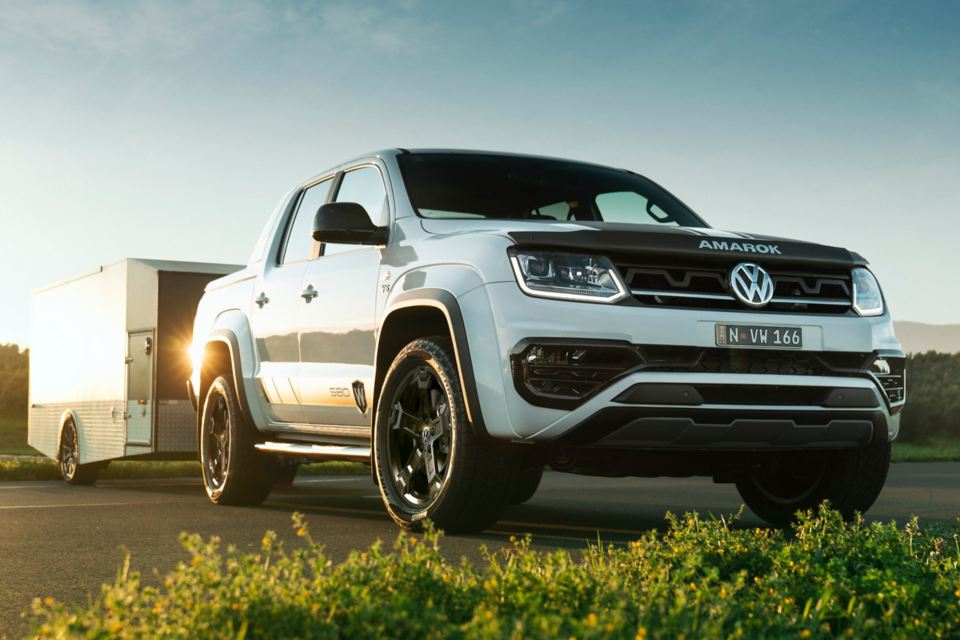 The 580X gets the same bonnet protector, black stripes, side graphics, 18-inch forged alloy wheels, and bumper inserts as the road-focused 580. However, it can be easily distinguished by the underbody protection by Seikel, the LED light bar at the front, the AT tires, and the optional snorkel.

See Also: After Holden, Walkinshaw Works With VW To Develop The Amarok W580

The Amarok W580X will rival the likes of the Ford Ranger Raptor, the locally tuned Nissan Navara Pro-4X Warrior, and the Toyota HiLux Rugged X. Volkswagen Australia will announce pricing closer to the pickup truck’s launch, which is scheduled for April 2022.