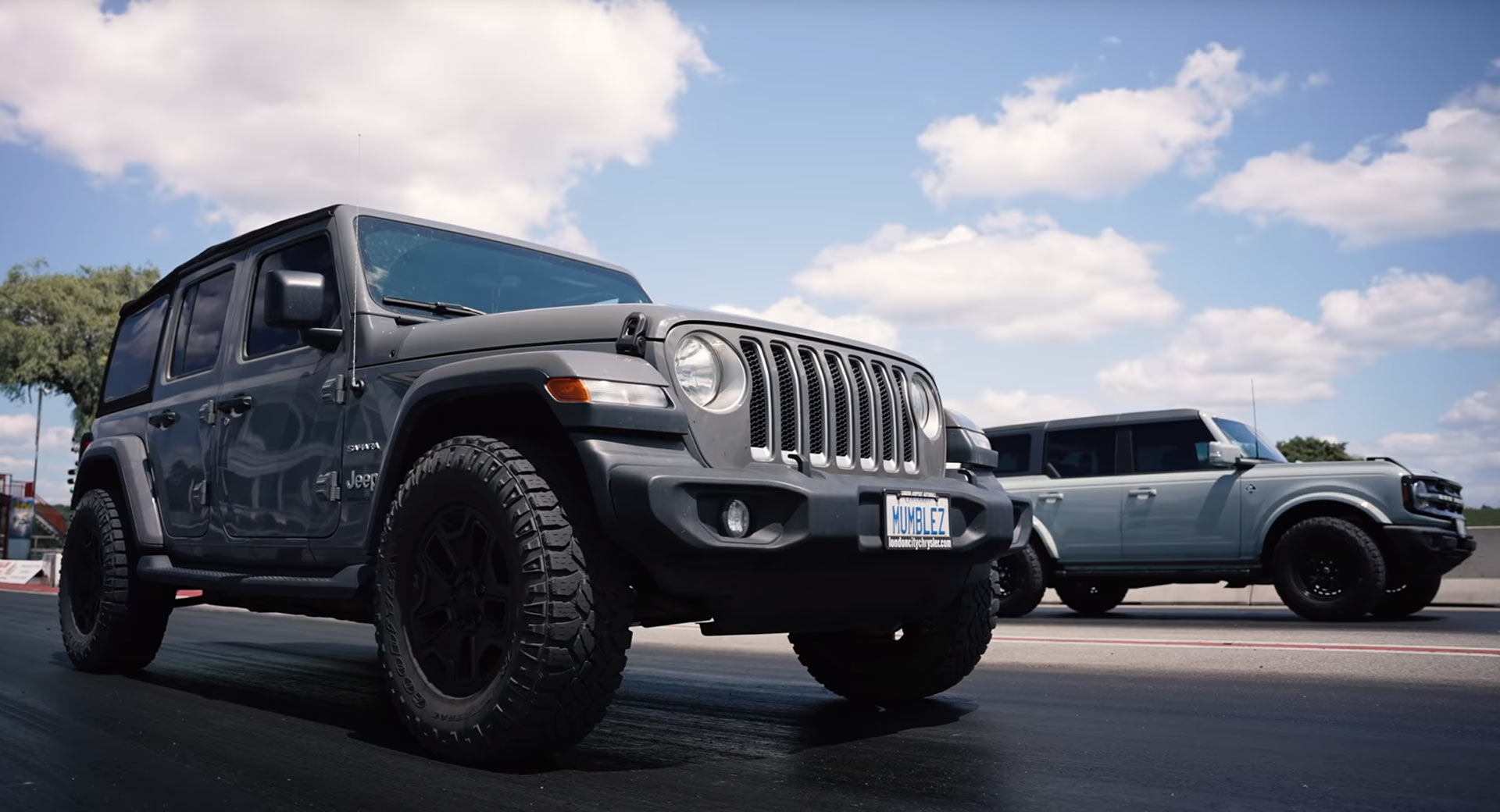 For years, the Jeep Wrangler has had a big section of the off-road market all to itself but with the launch of the Ford Bronco, that is no longer the case.

In the months since members of the press and customers started to put the new Bronco through its paces along difficult off-road trails, it has become clear that the Wrangler finally has a legitimate rival on its hands. However, which of the two is quicker in a straight-line?

To answer that question, the ACCELER8 channel on YouTube brought the two to a drag strip for some tests. The Wrangler featured in this test came with the standard 3.6-liter naturally-aspirated Pentastar V6 producing 285 hp and 260 lb-ft (353 Nm) while the Bronco had its entry-level 2.3-liter EcoBoost four-cylinder with 275 hp and 315 lb-ft (427 Nm).

In the first race, the Wrangler gets the better launch and stretches out a convincing advantage as the two off-roaders speed down the quarter-mile. For the second race, the driver of the Bronco was allowed to build some boost. This had a significant impact on the race and allowed the Ford to burst out of the gates much quicker than the Jeep. However, as the speeds started to increase, the Jeep closed the gap and crossed the finish line first.

It’s worth pointing out that the Bronco used in the test was running on regular fuel. That’s important as the 2.3-liter EcoBoost actually produces 300 hp and 325 lb-ft (442 Nm) with premium fuel, perhaps enough to make it quicker than the Wrangler.