Mercedes-Benz is gradually expanding its fully electric EQ range and the next member of the family will be the flagship EQS SUV – not to be confused with the EQS sedan.

The model that was officially announced in 2020, spied in December 2020, and teased with the Maybach logo last week, is getting closer to its reveal as the latest development mules can be seen shedding their camouflage. 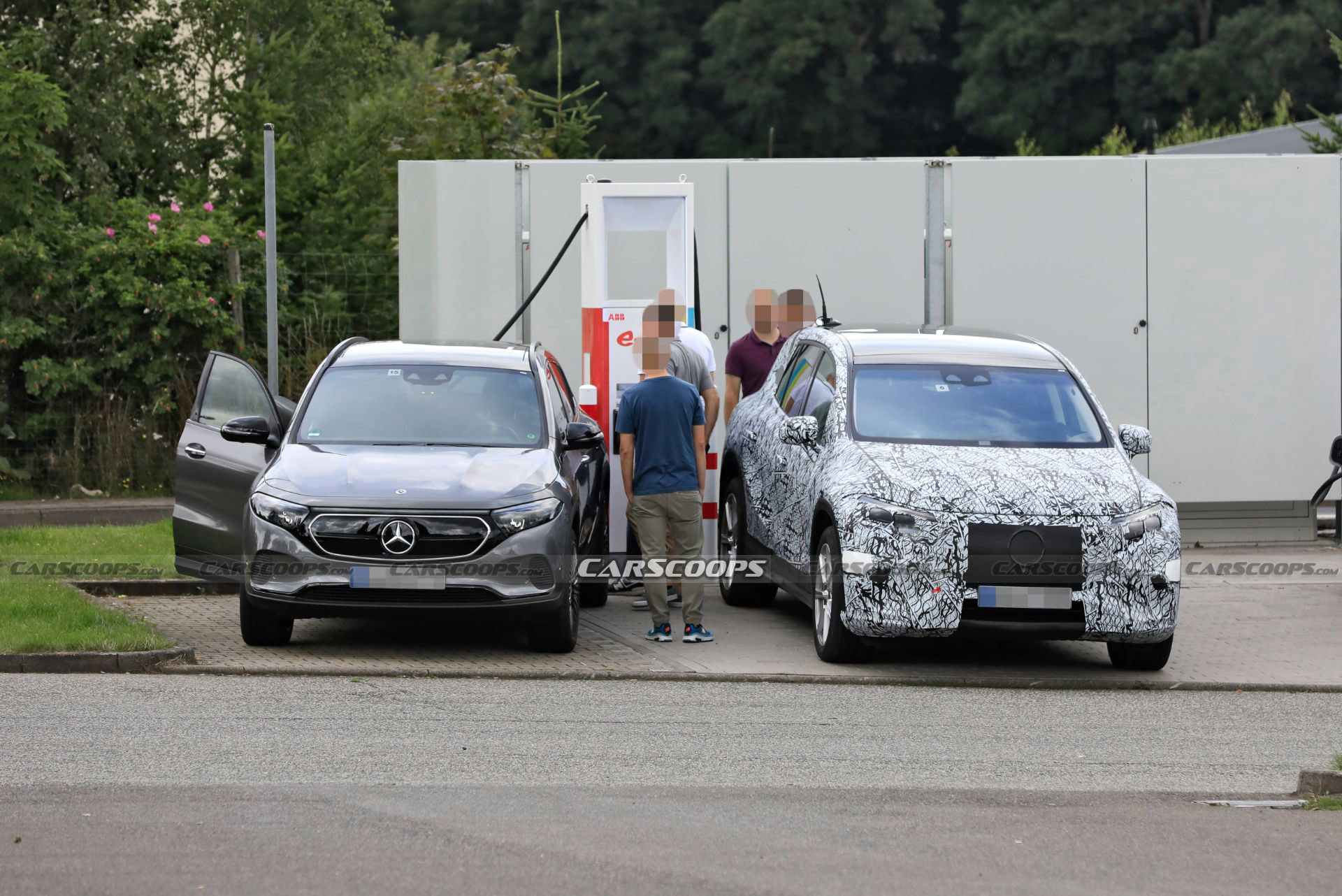 Our spy photographers caught the EQS SUV at a charging station, together with the smaller EQA. The heavy camouflage of earlier test cars has gone, revealing more design details. These include the production LED headlights which in typical EQ fashion are connected to the covered grille and the small intakes on the front bumper.

The profile is characterized by the long wheelbase and a smooth, aerodynamic silhouette thanks to the heavily inclined windshield. Plastic cladding appears on the rounded wheel arches, bumpers, and side sills, although these parts will probably be body-colored in the Maybach variant. 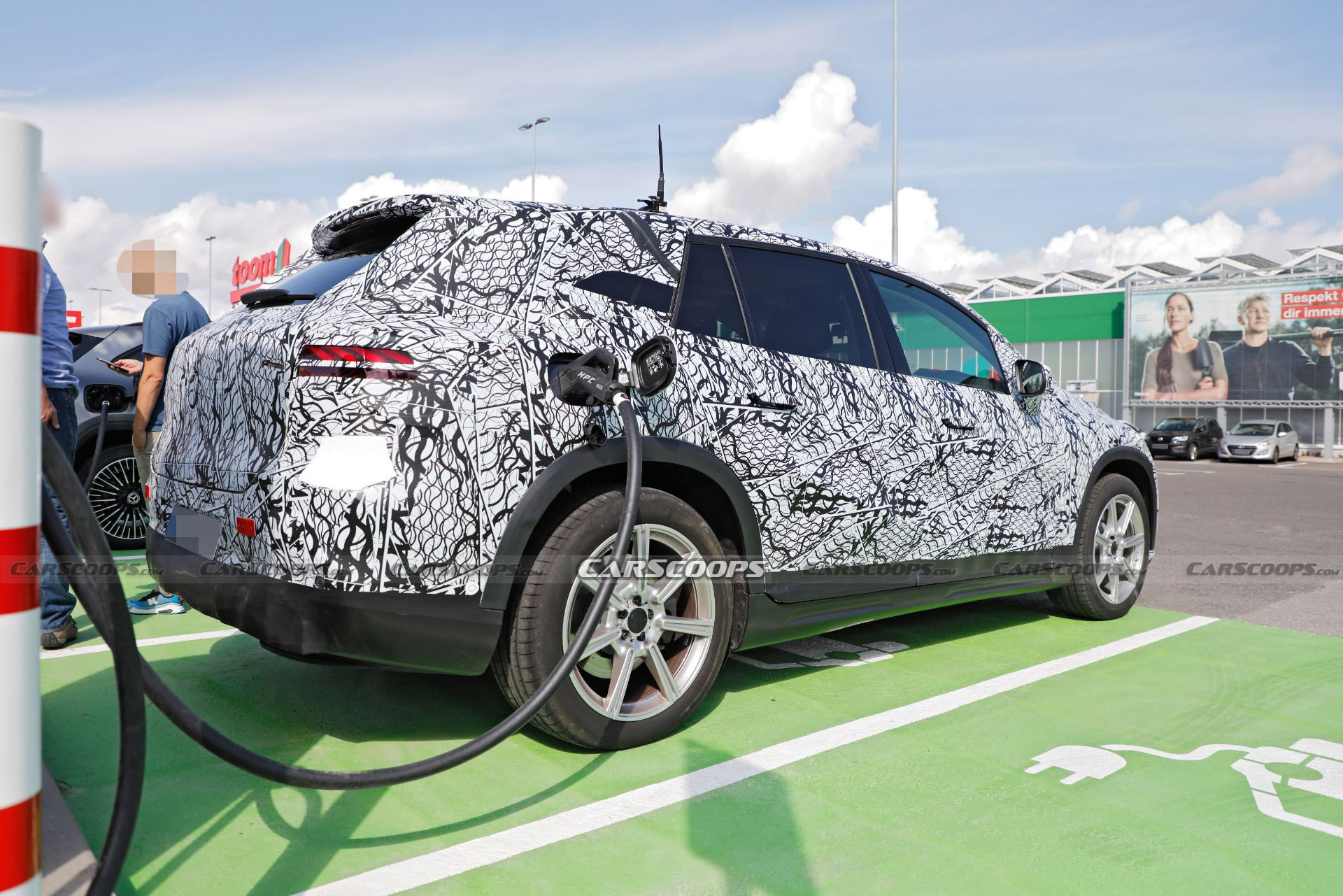 At the back, the pronounced shoulders end up in slim, horizontally arranged taillights which will probably be connected with an LED strip. As a fully electric vehicle, there are no exhaust pipes or decorative elements on the lower part of the rear bumper, besides a discreet diffuser hidden behind the black camouflage.

Another element shown in the new spy pictures is the rear-wheel-steering, a feature that is available as a subscription feature in the EQS sedan. While the interior is covered, we expect it to share the Hyperscreen dashboard with its 8 CPUs, 24GB of RAM, and the latest MBUX software with its low-slung sibling. 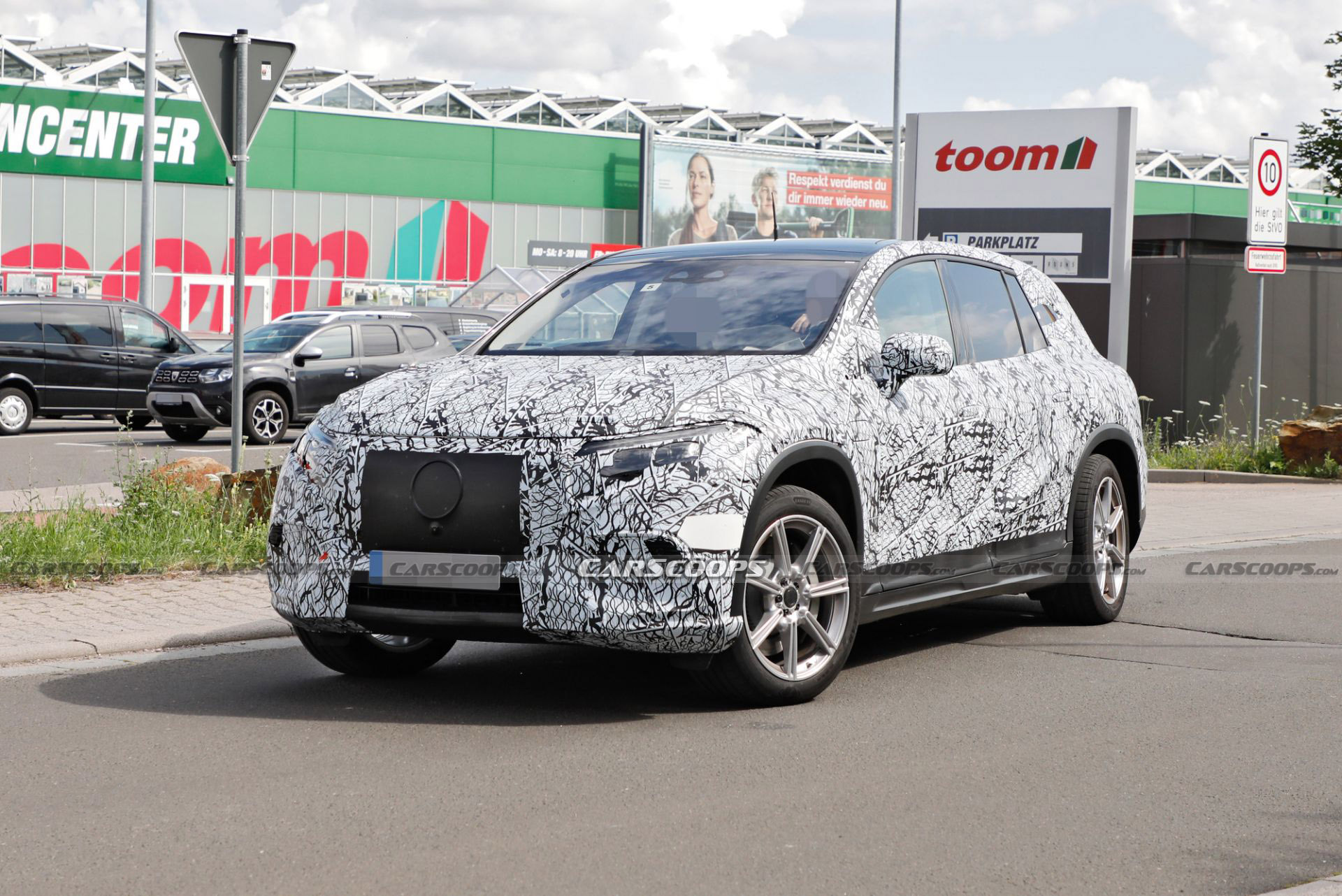 Since the EQS SUV sits on Mercedes’ latest electric platform, it could be offered in a number of variants. The largest 107.8 kWh battery will allow for an impressive range close to the 479-mile figure of the sedan (due to the increased drag of the SUV bodystyle) although lesser variants might be offered with a smaller 90 kWh battery.

Read Also: Every New Mercedes Model Will Get An All-Electric Version, Starting In 2025

The official reveals of the Mercedes-Benz EQS SUV and the equivalent Maybach are expected before the end of 2021 as a 2022 model.