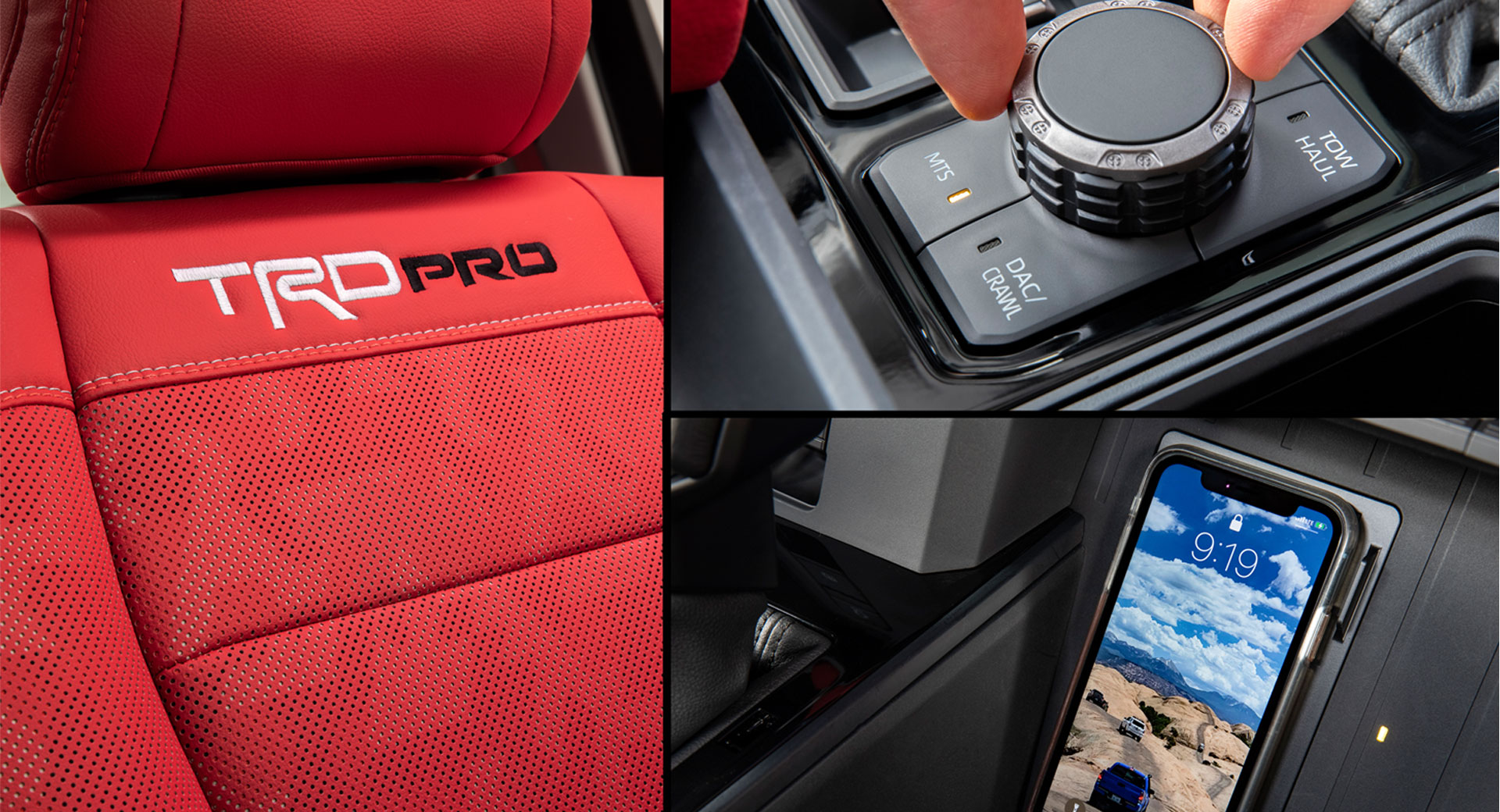 The Toyota Tacoma has firmly established itself as one of the best mid-size pickups, and the company is hoping to replicate that success in the full-size segment with the redesigned Tundra.

Set to debut this fall, the 2022 Tundra will feature bold styling as well as “innovative new features and next-level interior refinement.”

Now we’re getting a glimpse of the latter as Toyota has released a new teaser video that provides a look at several interior details. Key among them are perforated leather or SofTex seats that will be available in the rugged Tundra TRD Pro. Besides their distinctive red color, they feature white contrast stitching and embroidered backrests.

The latest clip also provides a look at some of the interior controls. The most notable feature is the selector knob, which features metallic accents as well as a knurled grip. We can also see three buttons for driving modes, tow haul mode and Downhill Assist Control / Crawl mode.

Speaking of off-roading, the video shows a digital instrument cluster with displays for pitch and roll. These gauges are also notable as they give us another look at the truck’s exterior, which has muscular fenders and a more dynamic greenhouse.

Last but not least, we can see a wide center console with a wireless charging pad. Previous teasers have also shown the model will have a freestanding infotainment system, a massive moonroof and a rear window that slides down.

The biggest question remains the powertrain, but officials have previously said the truck will be offered with an entry-level engine that produces “substantially” more power and torque than the current 5.7-liter V8. Rumors have suggested it could be a twin-turbo 3.5-liter V6 similar to the one found in the redesigned Land Cruiser, where it produces 409 hp (305 kW / 415 PS) and 479 lb-ft (650 Nm) of torque.

Toyota has also hinted at a hybrid or plug-in hybrid variant as they’ll “bring electrification to its pickup truck lineup in the near future.”