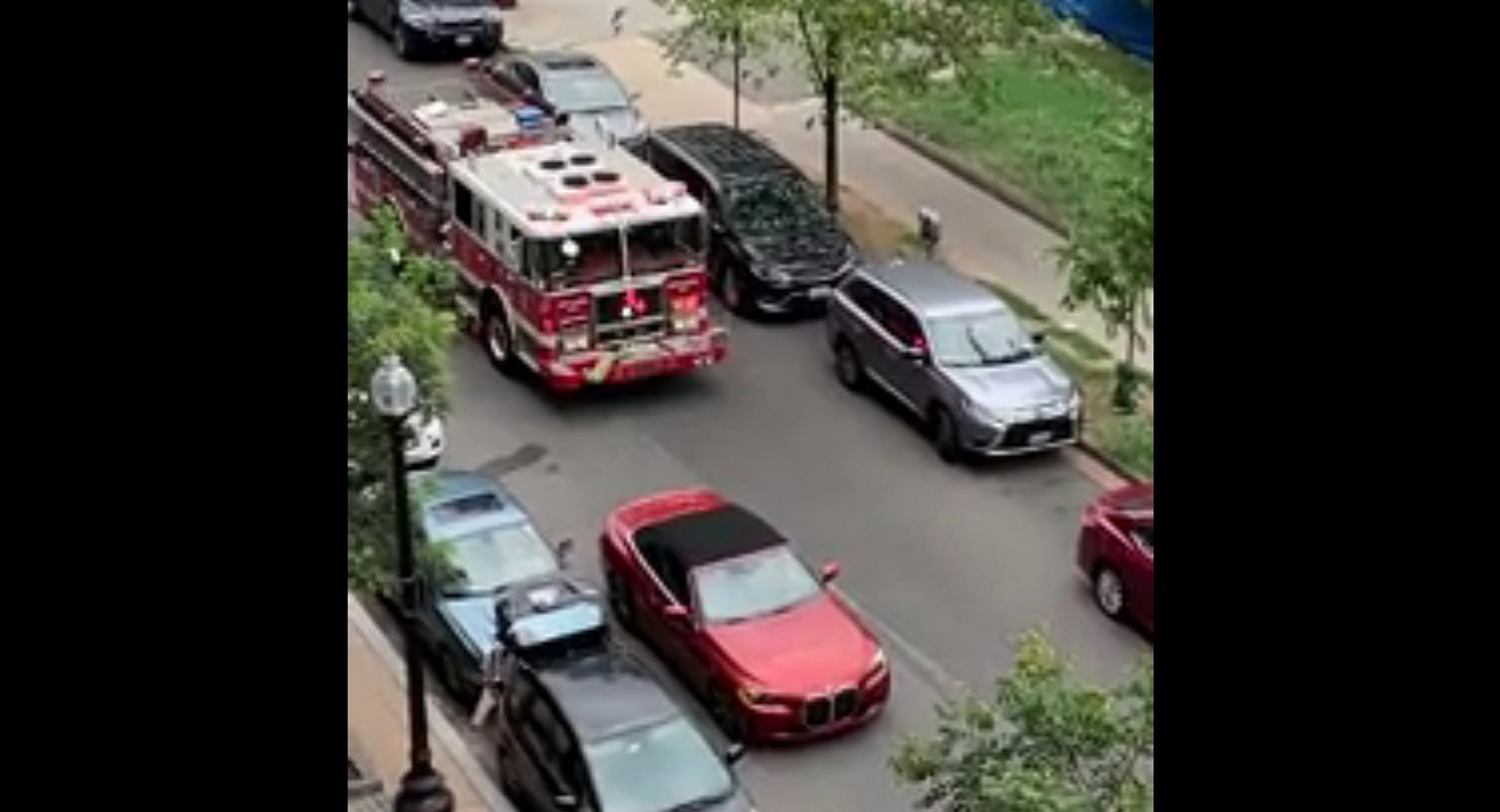 Double parking is a bad idea. You cause an inconvenience for those we’ve parked lawfully, you may get a ticket and, worse of all, you can block the path of other vehicles – in a worst case scenario, emergency ones.

A video posted to Reddit yesterday shows a BMW 4-Series Convertible stopped in the road alongside a row of cars parked (correctly) along the curb. With its hazard lights on, it appears the owner just parked it there while she got out.

While I’m sure we’ve all heard that little voice in the back of our heads telling us that “It’s probably fine, you just need to stop for a minute,” even minutes are crucial when you’re, say, on you’re way to fight a fire kind of like the firetruck stuck behind this BMW is.

Read Also: Not Again; BMW Parked In Front Of Fire Hydrant Smashed To Get Hose Through It

The video shows the firetruck stuck waiting to get around the BMW for a full minute before the owner enters the frame and pulls out of the way to let the it past, which profoundly sucks and implies that the truck might have been stuck for even longer than that.

The firetruck gives the BMW’s driver a big meaningful honk as the owner gets in the car and another expressive toot or two as she pulls away, which she richly deserves, along with a fine.

Although we haven’t seen a BMW get in a firefighter’s way in quite like this before, this is hardly the first time a Bimmer has run afoul of firefighters. Just last year, a 5-Series parked in front of a hydrant had its windows smashed and the hose run through it by firefighters impatient to, you know, perform their lifesaving duties. A similar event happened in Boston in 2014 with a 3-Series. Not saying that BMW drivers are the only ones engaging in this kind of behavior, but they do seem to have a habit of getting caught on camera.