Ford has a history of creating one-off Mustangs for the Experimental Aircraft Association’s AirVenture Show in Oshkosh, Wisconsin and this year is slightly different as the automaker has unveiled a unique Mustang Mach-E.

Designed to pay tribute to volunteer female pilots and the planes they flew during World War II, the Mach-E features a silver and black exterior with yellow accents as well as a U.S. Army Airforce Star on both sides of the vehicle. The model also sports a unique grille, special wheels and “Women Airforce Service Pilots 1942-1944” badging.

The cabin largely carries over, but the electric crossover has been equipped with a unique front armrest, yellow accents and special embroidery on the headrests. There’s also 38 badging, which honors the 38 volunteers who died serving their country. 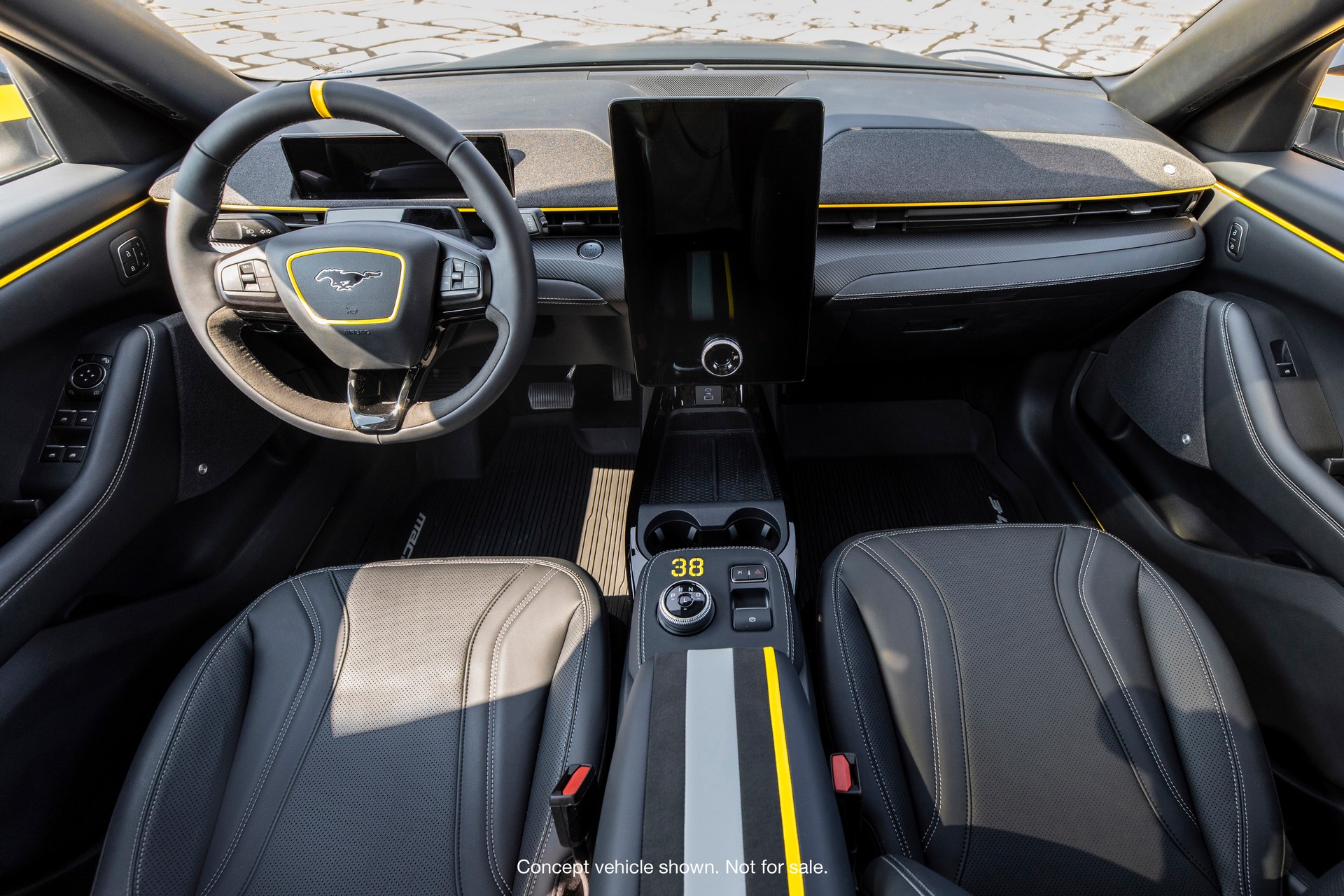 Unfortunately, their sacrifice was largely overlooked as the women wouldn’t be considered military personnel until more than three decades after the war ended. Despite this, they transported planes to U.S. Army bases around the world and flew more than 60 million miles (96 million kilometers) during the war.

The Mach-E will be auctioned on Thursday and proceeds will support the EAA’s initiative to provide young women and underserved youths with improved access to a career in the aviation industry. Ford has been supporting the group for more than two decades and has donated a total of 12 customized vehicles including the 2019 “Old Crow” Mustang GT, 2018 Eagle Squadron Mustang, 2016 “Ole Yeller” Mustang and 2015 Mustang Apollo Edition.