The trucks debuted in Switzerland last year and have undergone more than a million kilometers (620,000 miles) of road use since then. The Class 8 XCIENT Fuel Cell truck being delivered to the U.S. can haul about 37 tons (82,000 lbs).

The trucks feature a 6×4 drive axle configuration and will first be operated by Glovis America, a logistics service provider. Together with its partners, Hyundai will establish a high-capacity hydrogen refueling station in Oakland, California that can support as many as 50 trucks. They will also use fueling stations from First Element Fuel in other locations.

Starting in August, the trucks will be used for long-haul freight that is to be carried between warehouses in southern California. The models being delivered to the U.S. will have a range of 500 miles (800 km).

“We are proud to fund this hallmark deployment of 30 hydrogen fuel cell electric trucks and improve the air quality in Northern California,” said Hannon Rasool, Deputy Director of Fuels and Transportation Division at the California Energy Commission. “These investments will support zero-emission trucks and infrastructure development and deployment as part of the US market ecosystem.”

Hyundai has so far delivered 46 fuel cell trucks to customers in Europe and plans to get a total of 1,600 on their roads by 2025. Already, though, those first 46 trucks have kept an estimated 630 tons of CO2 out of the atmosphere. 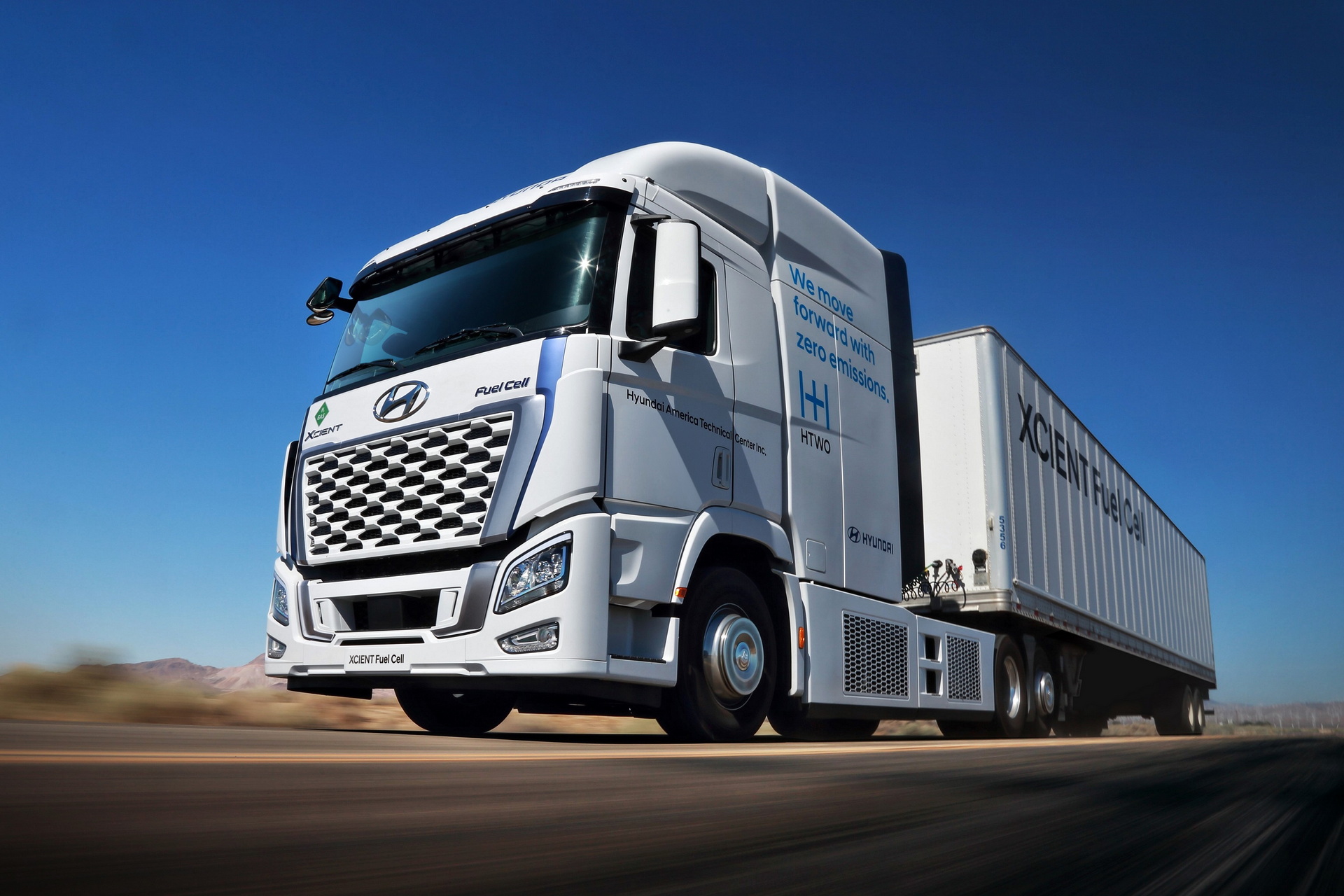