McLaren has taken the wraps off its most powerful, most aerodynamic convertible to date, the 765LT Spider. The highly limited “long tail” model will be made to order and will deliver enormous driver engagement, always according to the manufacturer.

Thanks to the engine and a transmission that’s optimized for driver engagement, the 765LT Spider offers 15% faster in-gear acceleration than the 720S Spider, meaning it can hit 124 mph (200 km/h) in just 7.2 seconds. 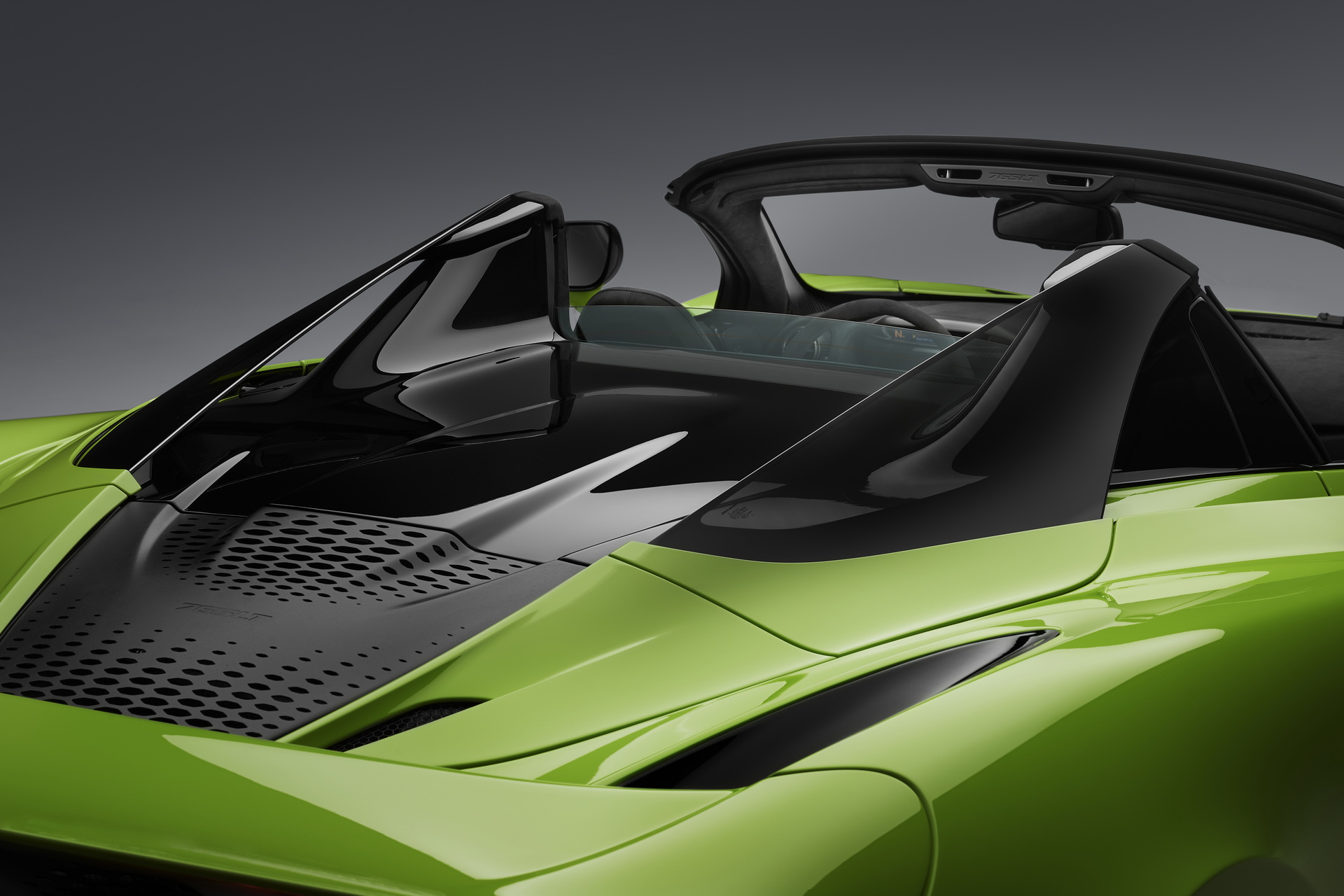 McLaren has also worked hard to ensure that the strengthening that goes into making a convertible hasn’t added too much weight. Thanks to the advanced carbon fiber construction already employed for the coupe version of the 765LT, as well as the titanium exhaust that’s 40% lighter than steel, the Formula 1-grade transmission materials, and the thinner glass, the Spider version of the 765LT weighs just 108 lbs (49 kg) more than the coupe.

Further helping save weight is the carbon-fiber retractable hardtop that can be raised and lowered electrically in just 11 seconds. Beyond that, though, the 765LT Spider gets the same carbon fiber aero package as the coupe, meaning it gets 25% more downforce than the 720S Spider.

Also helping you along are the enhanced chassis dynamics with the same LT springs and dampers and wider front track as the coupe. It also has a lower front ride height than the 720S and unique software programming for the linked-hydraulic Proactive Chassis Control II suspension.

The new McLaren 765LT features a set of 10-spoke ultra-lightweight forged alloy wheels as standard, shod with Pirelli P Zero Trofeo R tires developed specifically for it, as well as a motorsport-inspired interior. 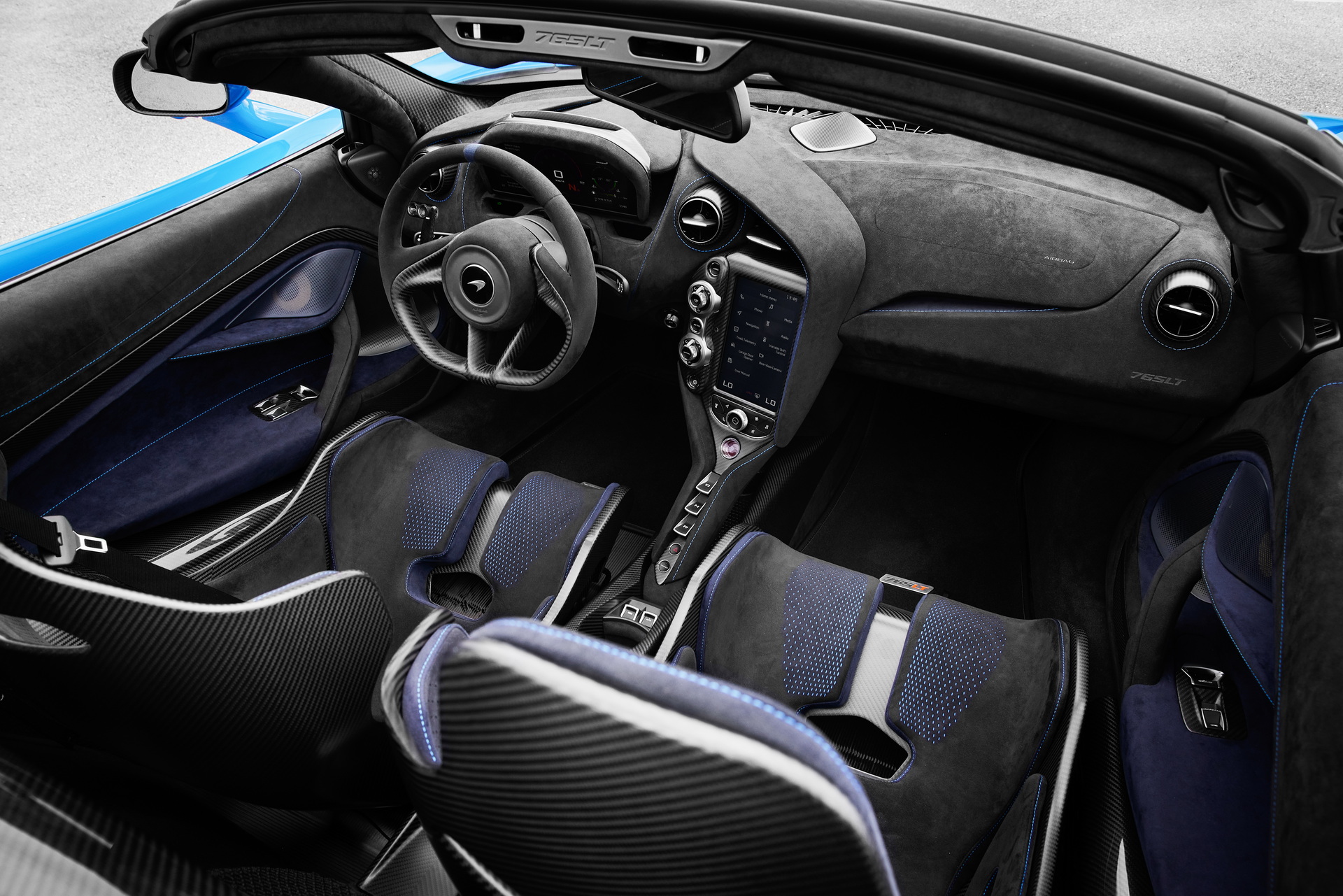 Not only does it come with carbon fiber racing seats, a carbon fiber center tunnel, exposed carbon floor, and lightweight Alcantara throughout, McLaren was so obsessed with weight saving that the car doesn’t even come with a radio or air conditioning. Both can be installed free of charge of course, but you may not need the radio since you’re likely to have the top-down and the titanium exhaust right behind you singing McLaren’s V8 tune. An 8-inch infotainment screen, meanwhile, can give you important information, such as lap times and telemetry.