The Formula 1 pit stop is almost balletic in its precision and coordination, often taking just two seconds to complete. But in order to get that kind of precision and speed, the team needs to do a lot of prep work.

McLaren’s F1 team has just shared a video outlining how the team prepares its pit box ahead of a Grand Prix weekend revealing, firstly, that the pit box isn’t already there when teams arrive at the track.

Everything starts, as you might expect, with measurements. The team marks the corners of the box that the racecar is aiming to park in. As you might expect less, the pit box isn’t perfectly parallel to the pit wall so that the drivers get a little bit of an angle as they pull into their spot. 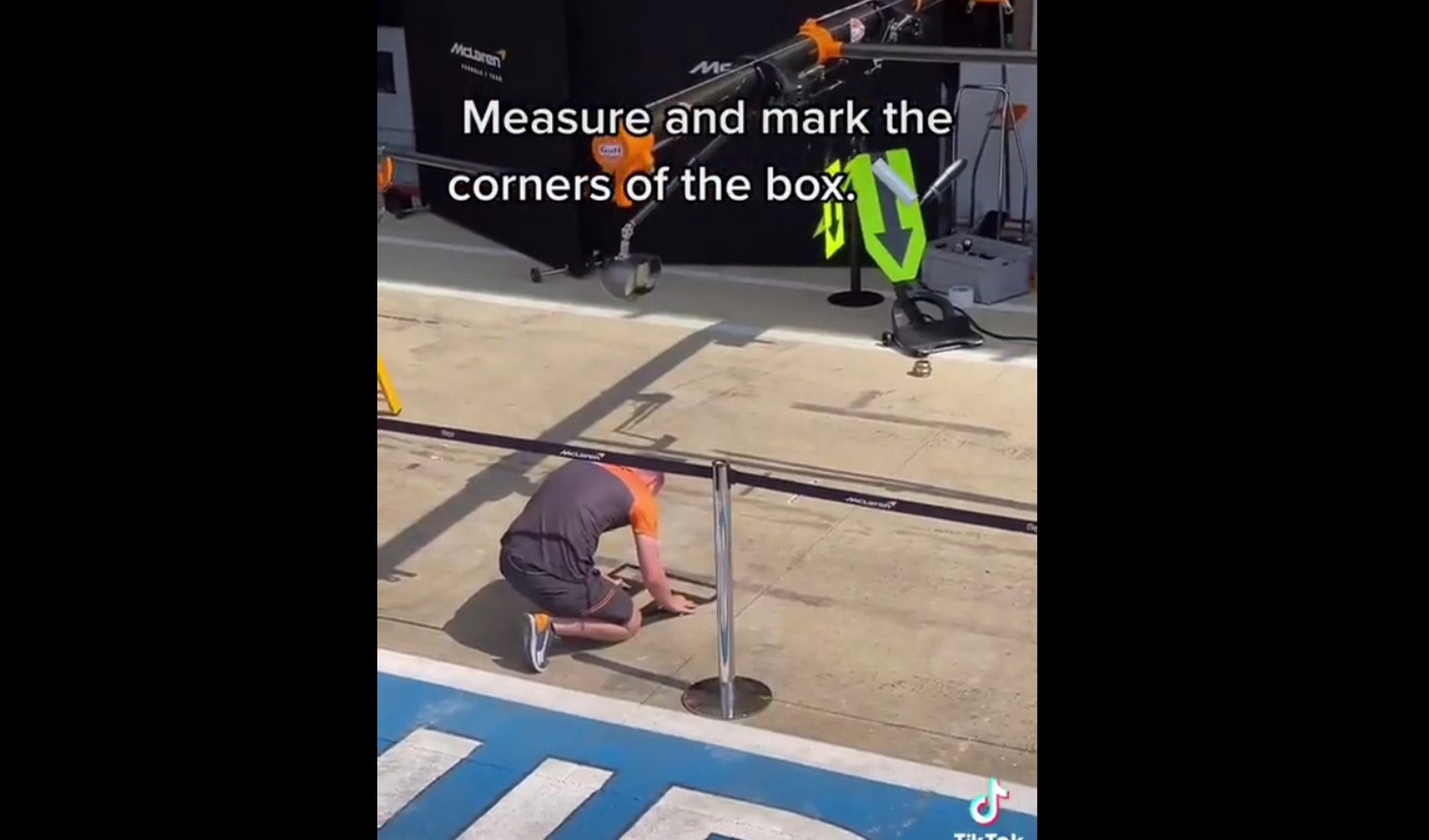 Next, the team lays down an adhesive on the tarmac in order to secure the rubber markings that will act as the visual cue outlining the pit box for everyone. Once the rubber is down, the team paints measurements on the markings using a stencil to show how far from their marks the drivers are when they pull up to the stop. Stopping perfectly on the center mark is important for the pit crew, who have to screw and unscrew bolts in milliseconds.

The pit gantry, or the structure that goes above the car and feeds the pneumatic hoses and other important stuff to either side of the pit box, is placed next so that it can be set perfectly over the pit box. To this, arrows that point to the stopping marks are added to help the driver even more with coming to a stop at the right spot.

Finally, a centerline is added and the wheel guns installed to let the drivers and the pit crew practice so that when the pitstop comes in the race, everyone is ready to change all four tires as fast as possible.

Here’s how the team prepare for pit-stops at a Grand Prix. 🧐 pic.twitter.com/RauwBsKKyy