Mercedes has announced plans to storm the Munich Motor Show with eight premieres, five of which are fully electric.

The all-new EQE will be the star of the show and it promises to be a sporty, spacious and comfortable electric vehicle.

The company is keeping details under wraps, but they released a couple of new teaser images. The exterior photo shows the model will follow in the footsteps of the EQS and feature streamlined styling, muscular rear haunches and slender taillights. 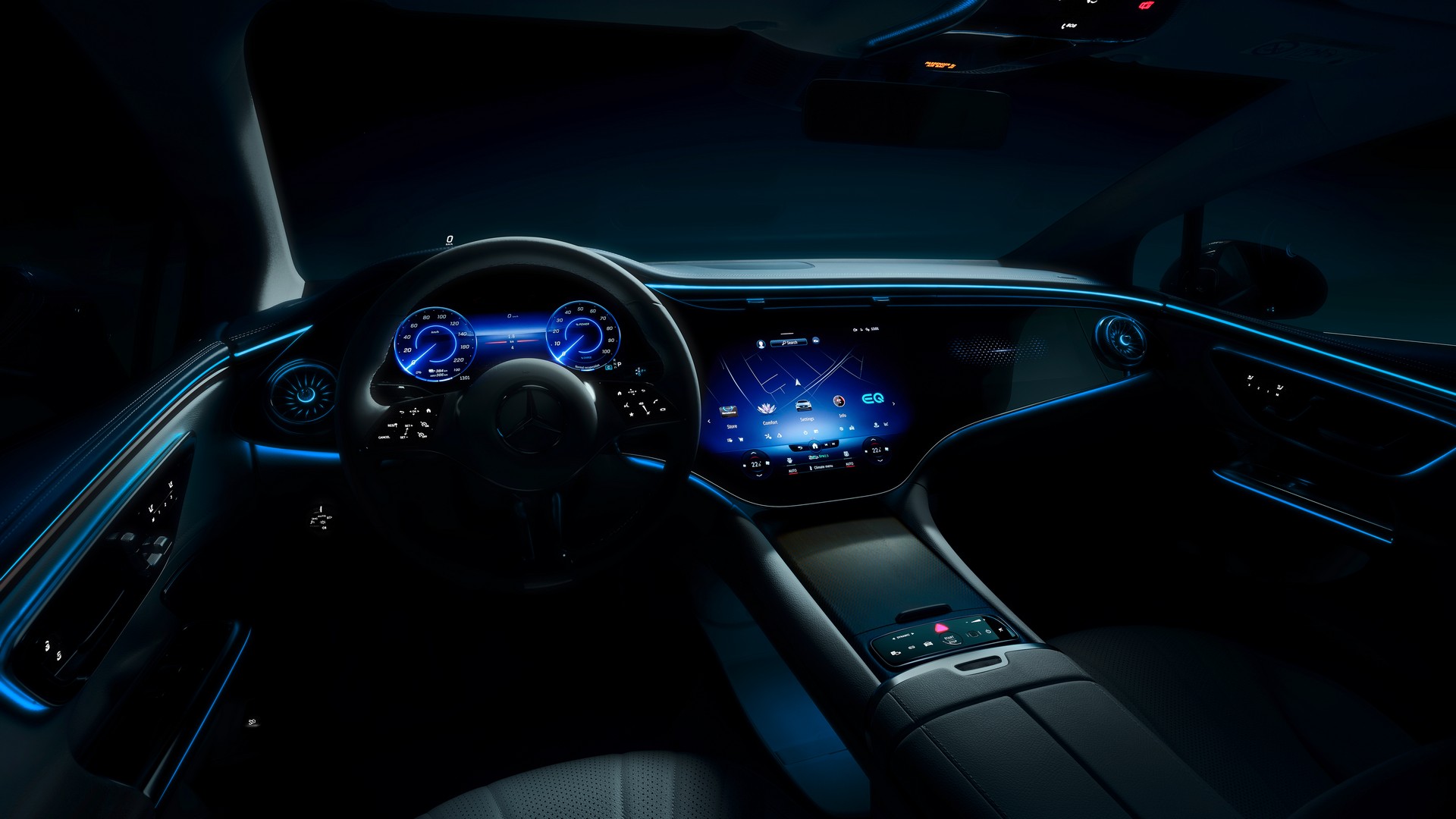 Elsewhere, there’s a floating center console and a three-spoke steering wheel. We can also see turbine-style air vents, an ambient lighting system and a head-up display. 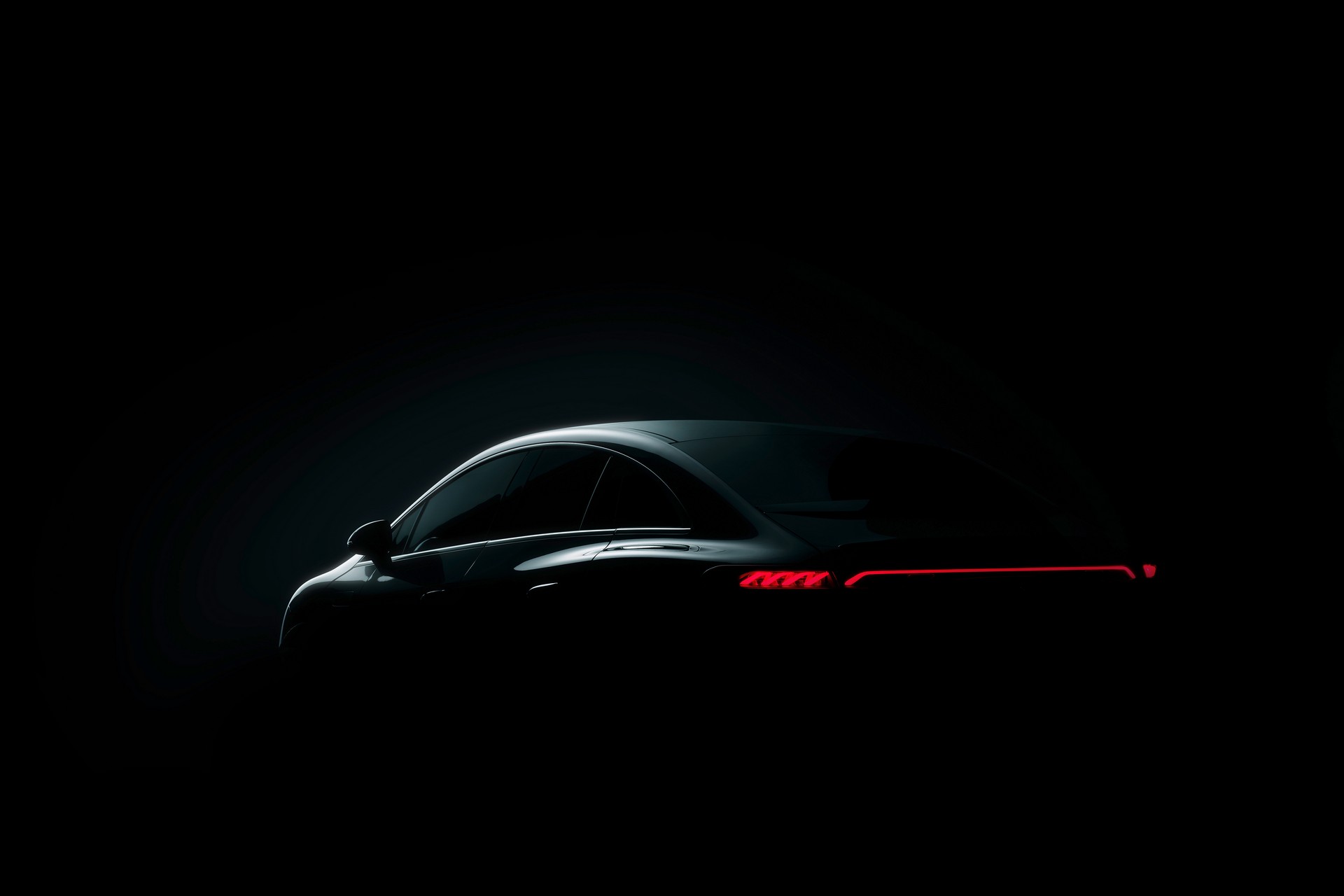 Besides the EQE, Mercedes-AMG will introduce their first electric vehicle. It’s expected to be a high-performance version of the EQS.

Little is known about the car at this point, but the company has previously hinted it will have up to 751 hp (560 kW / 761 PS). That would make it more powerful than the GT Black Series.

Moving on, Mercedes-Maybach will showcase an electric concept that conveys “how the 100-year tradition of ultimate automotive luxury can be carried forward into a new era.” That’s pretty vague, but the company recently teased an ultra-luxury version of the EQS SUV so it’s possible the concept could hint at that model.

Rounding out the EVs, Smart will introduce an electric crossover while the EQB will be making its European debut. 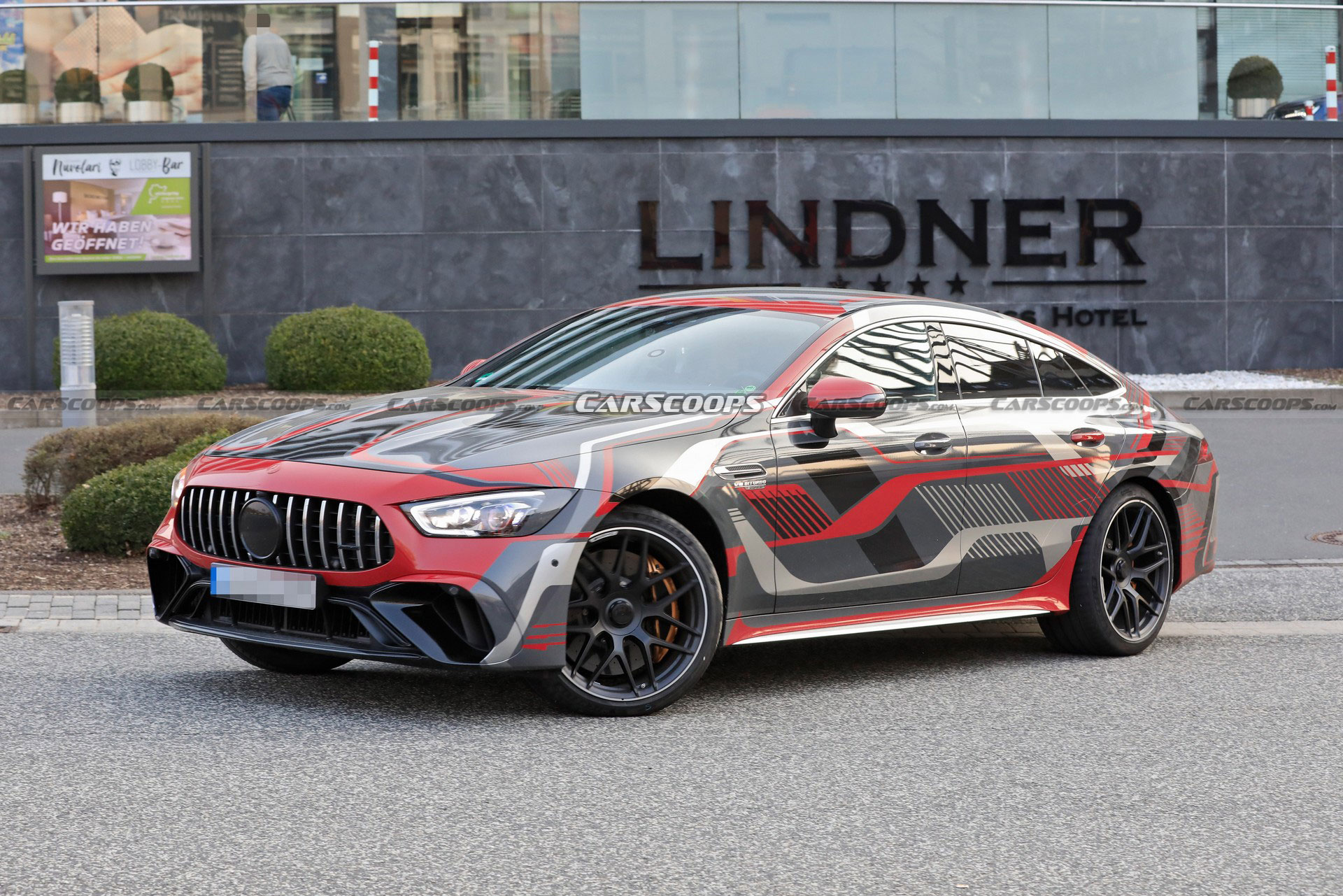 Putting the EVs aside, Mercedes-AMG will use the event to introduce their first performance hybrid. That’s presumably the GT 73 four-door coupe which will have a twin-turbo 4.0-liter V8 engine, a 6.1 kWh battery pack, all-wheel drive, and a rear-mounted motor that produces up to 201 hp (150 kW / 204 PS) and 236 lb-ft (320 Nm) of torque.

Last but not least, Mercedes will introduce the new S-Class Guard and C-Class All-Terrain. The latter is a crossover-ified wagon, which “masters poor roads and bad weather with consummate ease.” 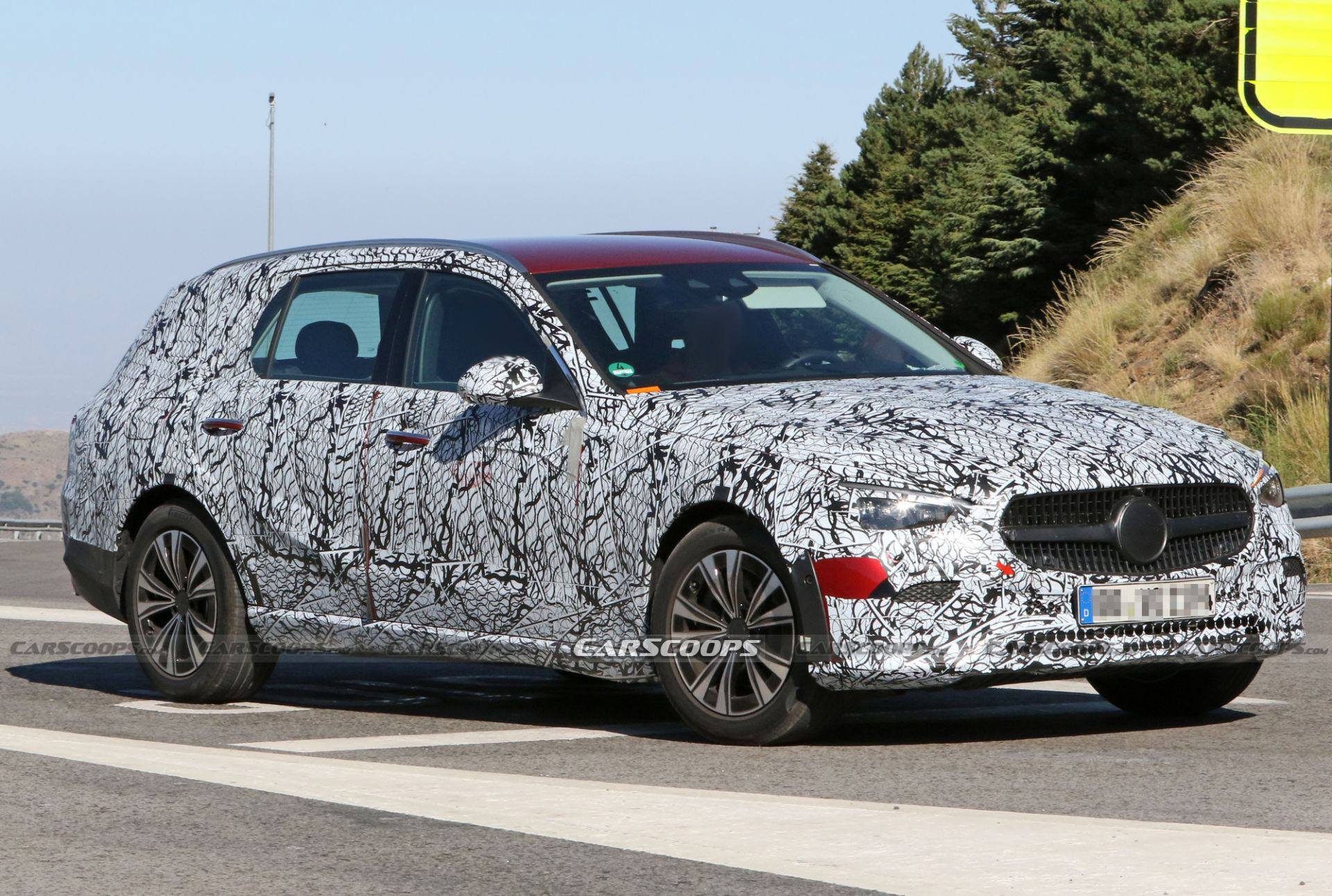