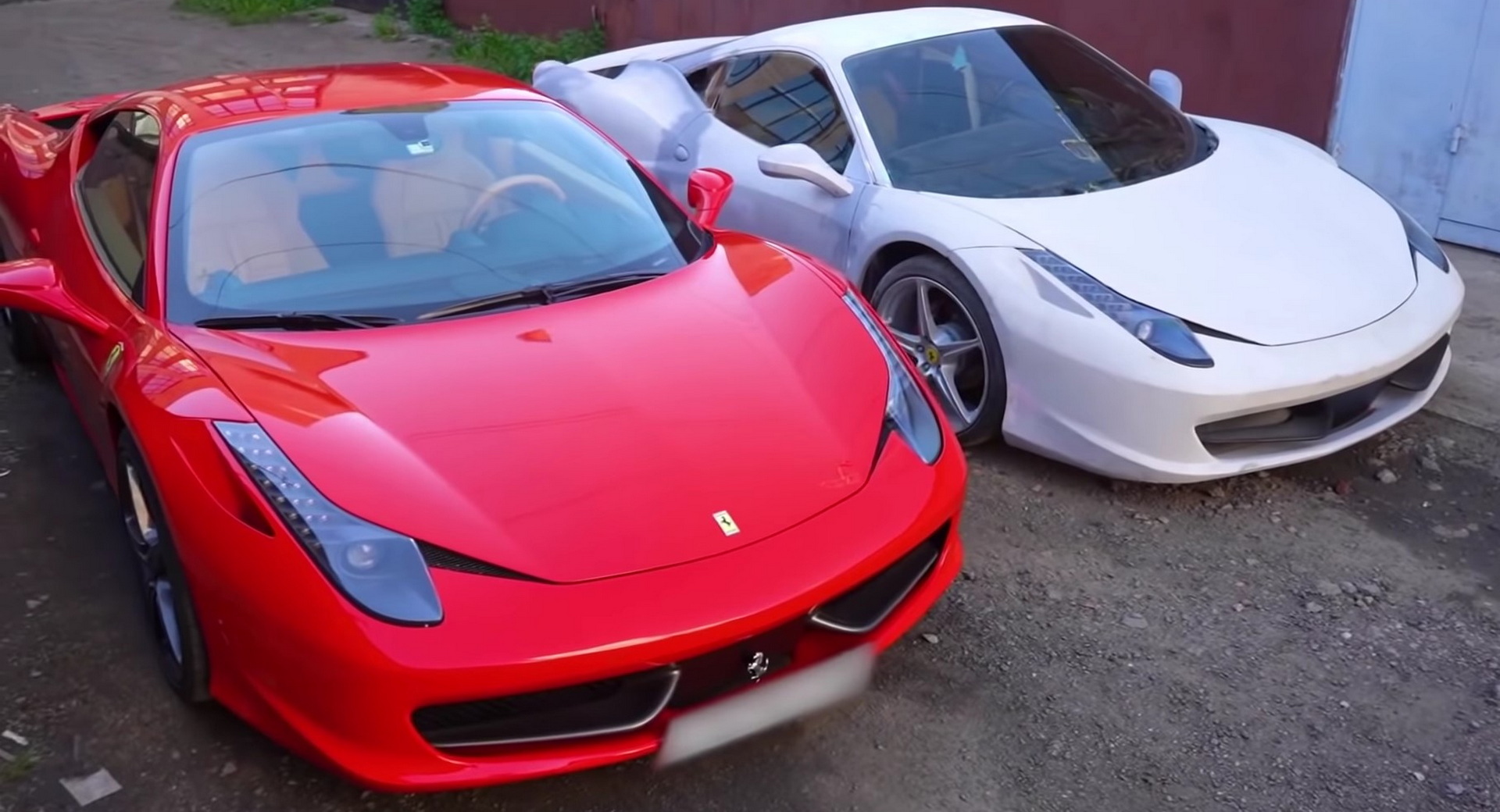 I’ve often wondered what kind of people build replica cars and now I finally get to find out thanks to YouTube channel Ilya Strekal, which has been tracking its build of a fake Ferrari 458 Italia.

Based on Porsche Boxster that they hacked up in order to accommodate the new bodywork, the host was driving around in St. Petersburg when he saw a real Ferrari 458 Italia and got to talking to the owner. He agreed to put them side by side for a video comparing the two cars.

Per the channel, the build has taken more than two years up to this point and required a lot of fabrication and jerry-rigging. As with any homebuilt replica, even though it looks surprisingly accurate, there are some places where the illusion falls apart, which is why the opportunity to get the cars side by side is so important.

Read Also: These Guys Turned A Hyundai Accent Into A 1969 Ford Mustang Replica

It turns out that relatively flat surfaces like the tail section do look pretty accurate, but more complicated shapes offer greater challenges. Then there are the smaller issues. Although they managed to get real Ferrari headlights, they had to make the taillights themselves.

Unlike the real Ferrari 458 in this video, the top section of their light is plastic rather than glass. Fortunately, they have a workaround: some cars were sold with that section in carbon fiber, so they can just replicate that.

In other videos from the channel, the car appears to be farther along, painted yellow and with an interior of their own design. All in all, it’s an impressive, if less than perfect, replica.

Ultimately, it’s their enthusiasm that I find the most edifying in these videos. These guys know they don’t have a Ferrari but they just really like the car and like building stuff, so the project pleases them. So while the end product will still not be a true Ferrari, we’d give them an A for their effort.