Regardless of whether or not you know anything about astrology, Toyota took it upon itself (as a joke, we presume) to release a list of which of its current vehicles suit certain star signs.

Kicking off things is Aquarius, for those born between January 20 and February 18. Toyota notes that Aquarians “thrive on independence and rarely follow the crowd” and are “drawn to both the city and countryside,” hence why the Yaris Cross is the perfect vehicle for them.

Next is Pisces (February 19 – March 20), individuals that aren’t afraid to embrace new ideas, making them perfectly suited to the hydrogen Mirai. Based on this list, Aries (March 21 – April 19) would be best suited to the new GR 86, although we’re sure there are heaps of other people with different star signs that would name the GR 86 as their favorite model.

If you’re a Taurus (April 20 – May 20), the Corolla Hybrid Touring Sports suites you best, while Geminis (May 21 – June 21) would be better off with the Aygo. Meanwhile, the Highlander suits Cancerians (June 21 – July 22), and Leos (July 23 – August 22) get the hot hatch of the moment, the GR Yaris, as “their ideal car is powerful and out-of-the-ordinary”, or so the automaker says. 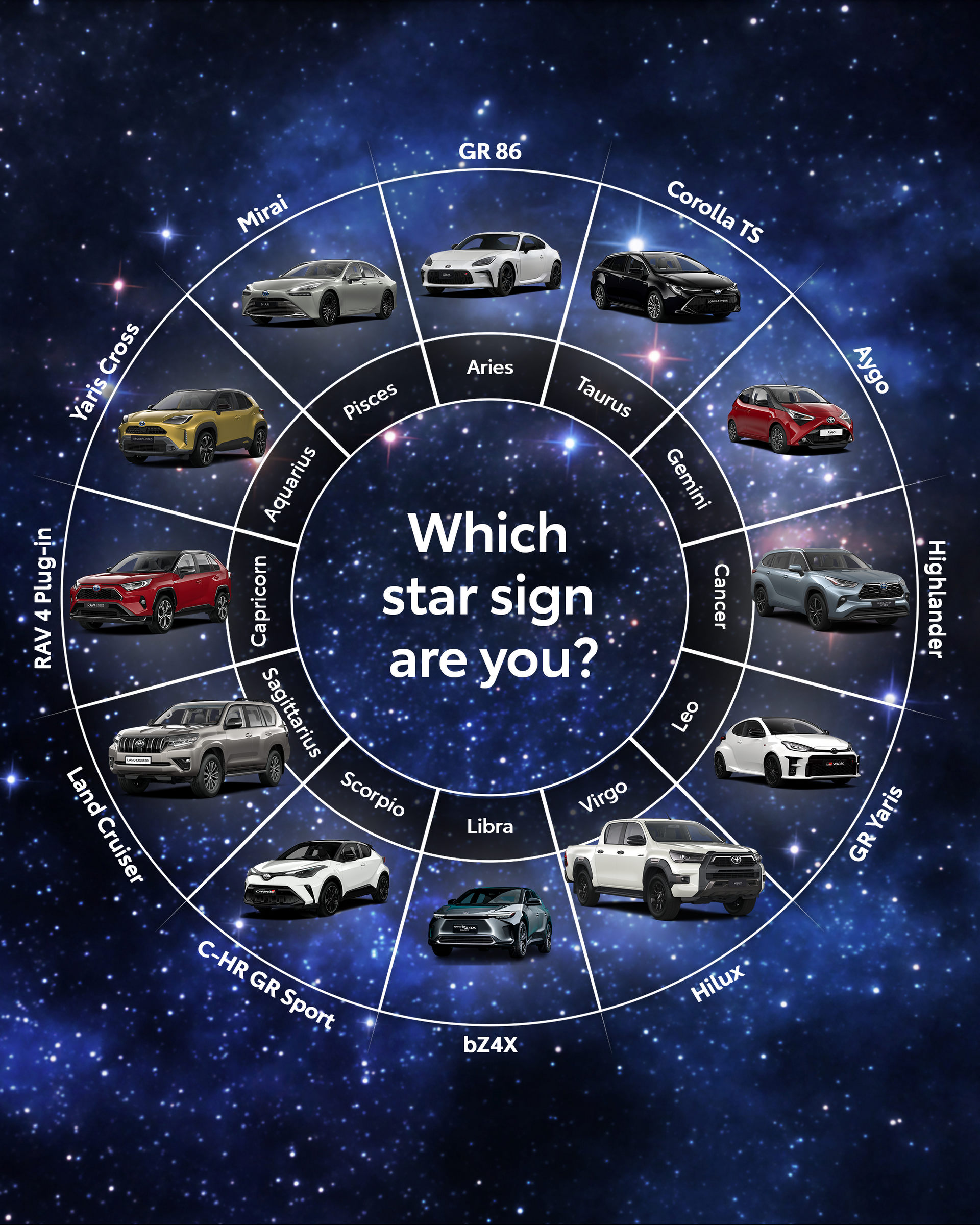