Bentley’s new Flying Spur Mulliner is the first electrified vehicle to wear the badge of its bespoke division. But that doesn’t mean you can’t get one with a good old V8, or that W12 beast of an engine.

Revealed at the Monterey Car Week, the Flying Spur Mulliner is basically an even more luxurious version of the British luxury sedan. And as you’d expect with a Bentley that features the Mulliner badge, the interior has received a fair amount of their attention.

While any Mulliner is highly individualized upon placing the order, each Flying Spur Mulliner will come as standard with “The Mulliner Driving Specification,” as part of eight three-color combinations. This includes diamond-in-diamond quilting for the seats, featuring 712 stitches for each diamond of the pattern. 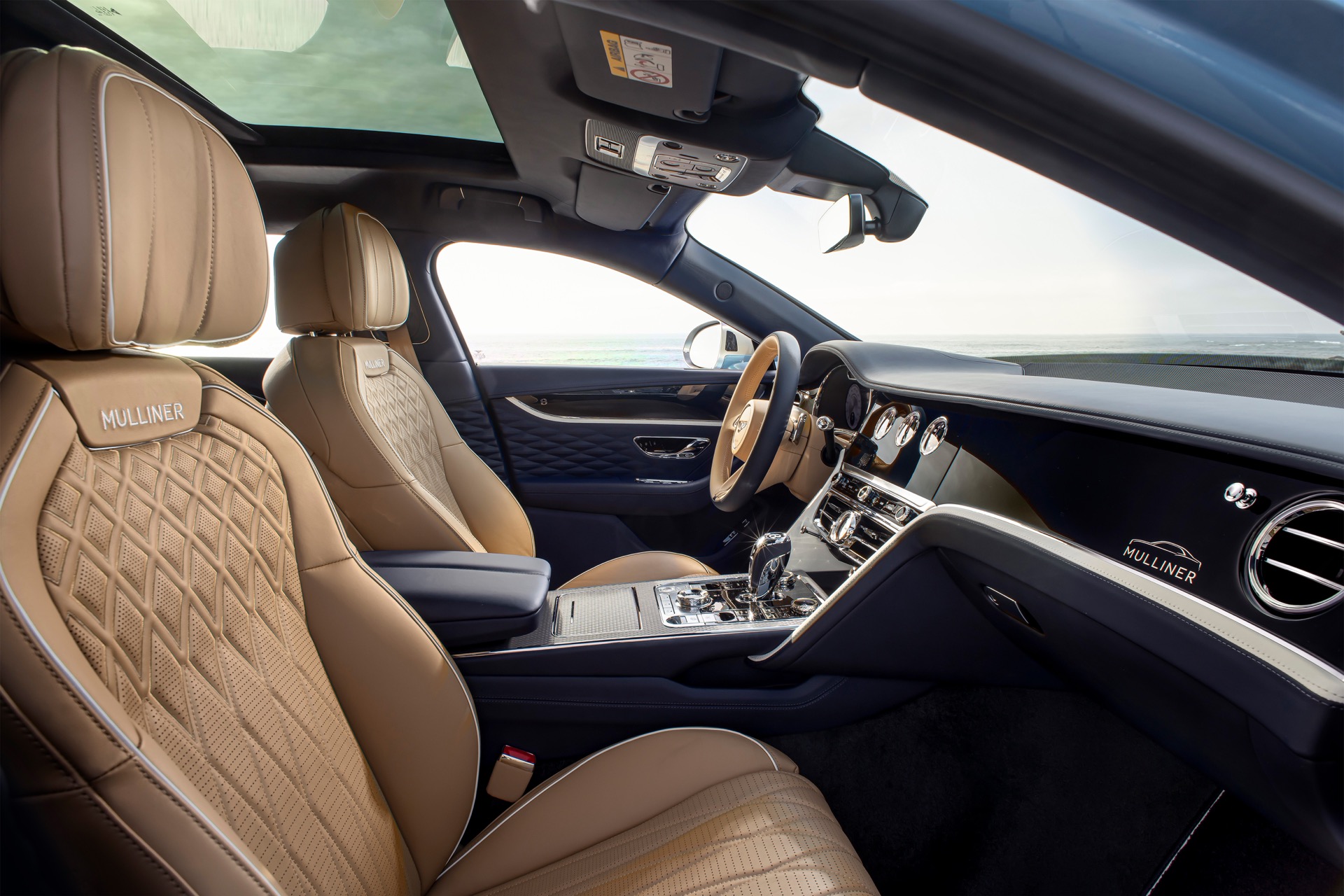 The diamond theme continues, with a diamond milled finish applied to the center and rear consoles, chrome bullseye vents, and a brushed silver Mulliner clock. You also get new Mulliner graphics on the screens, a heated steering wheel, and a panoramic sunroof.

Want to work on the go? The Flying Spur has electrically operated picnic tables for rear passengers. For that added touch of luxury, they’re leather-trimmed and feature a recess for whatever choice writing implement an owner would use.

The details extend to the exterior as well, with a suitably imposing Double Diamond front grille and chrome lower grille matched by bespoke Mulliner branded wing vents and Satin Silver painted caps for the wing mirrors. The wheels are exclusive 22-inch items, finished in grey, and feature self-leveling center caps. If there was any doubt of what you’re driving come nightfall, the Flying B can be illuminated — or if you want to fly incognito, it can be retracted altogether. The Mulliner also adds details such as jewel fuel and oil caps. 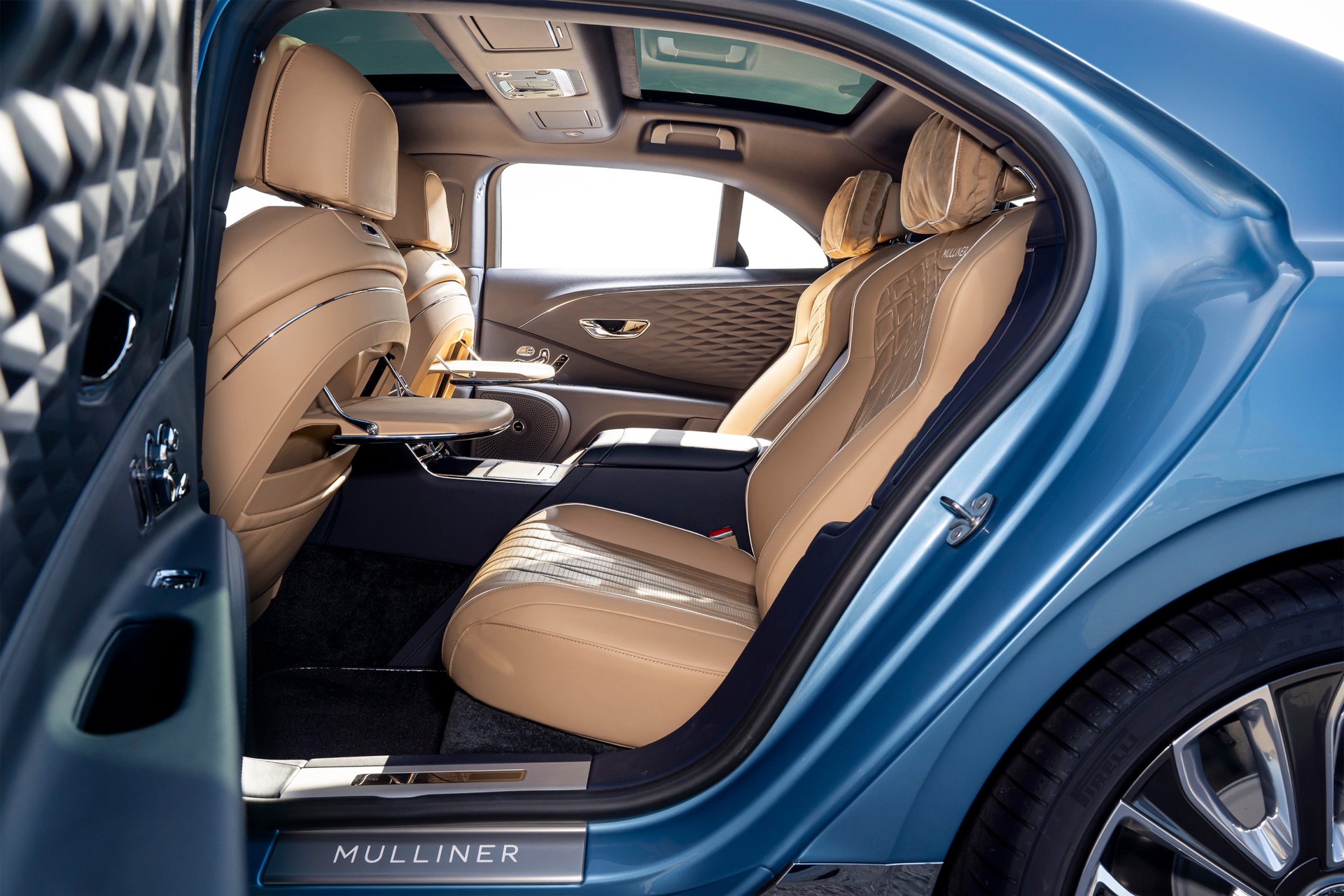