Although all entrants in Le Mans’ hypercar class are aiming for the top at the upcoming 24 Hours of Le Mans, Toyota are definitely the favorites. But the big factory team may face stiffer competition than it was expecting.

Scuderia Cameron Glickenhaus’ race car, the only one in the field other than Toyota’s built to Hypercar regulations, topped the timing charts on the test day ahead of the 2021 running of the 24 Hours of Le Mans.

Olivier Pla posted a time of 3:29.115 in the #708 SCG 007 that he will race with co-drivers Franck Mailleux and Luis Felipe Derani. Although it’s an encouraging sign, Pla was just 0.2 seconds ahead of Mike Conway in the #7 Toyota GR010 Hybrid, who will race alongside Kamui Kobayashi and Jose Maria Lopez.

Coming in third was Kazuki Nakajima in the #08 Toyota GR010 Hybrid, while the Alpine-Gibson A480s was fourth with a time of 3:30.111 with Nicolas Lapierre at the wheel, per Autosport.

Alpine’s car, though it’s competing in the Hypercar class, is actually an LMP1 car that was grandfathered into the race by the organizers. Scuderia Cameron Glickenhaus’s 007, meanwhile, was built specifically to meet class requirements. Powered by a 3.5-liter twin-turbo V8 created by Pipo Moteurs, it makes 670 hp.

Toyota’s entry also features a 3.5-liter engine, albeit a V6 that is helped along by an electric hybrid system at the front wheels. The whole system makes no more than 670 hp, as is required by the regulations.

While SCG’s performance on the first test day is no doubt encouraging, especially for a team that simply can’t compare to Toyota in terms of resources, it’s not all good news. As Road & Track points out, Toyota has been known to take its time building up pace and can look slower in testing than it does in the race.

Regardless, Scuderia Cameron Glickenhaus will doubtless hope that this turns into positive momentum that it can carry through into a serious challenge and hopefully an end to Toyota’s string of victories, which currently stands at three in a row. 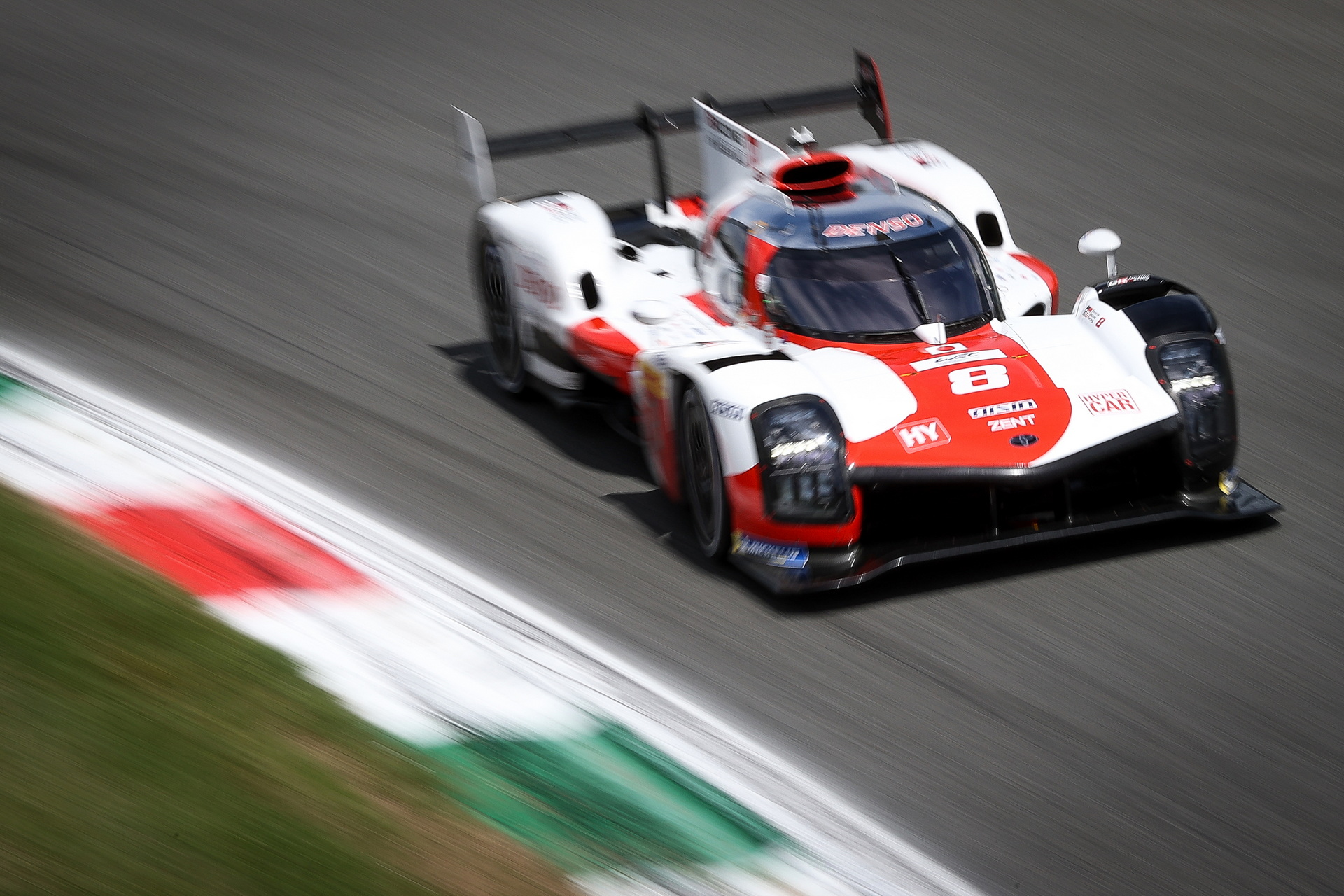