Alpha Motor Corporation has announced that its all-electric Wolf pickup truck will make its official debut on August 24.

The electric startup first showcased the Wolf back in March through a series of highly detailed renderings. It has since unveiled the Wolf+ and SuperWolf models, also through rendered images. In less than a week, the real-life vehicle will be showcased at the Petersen Automotive Museum.

Read More: Alpha’s New Wolf Electric Pickup Looks Like It Came Back From The Future 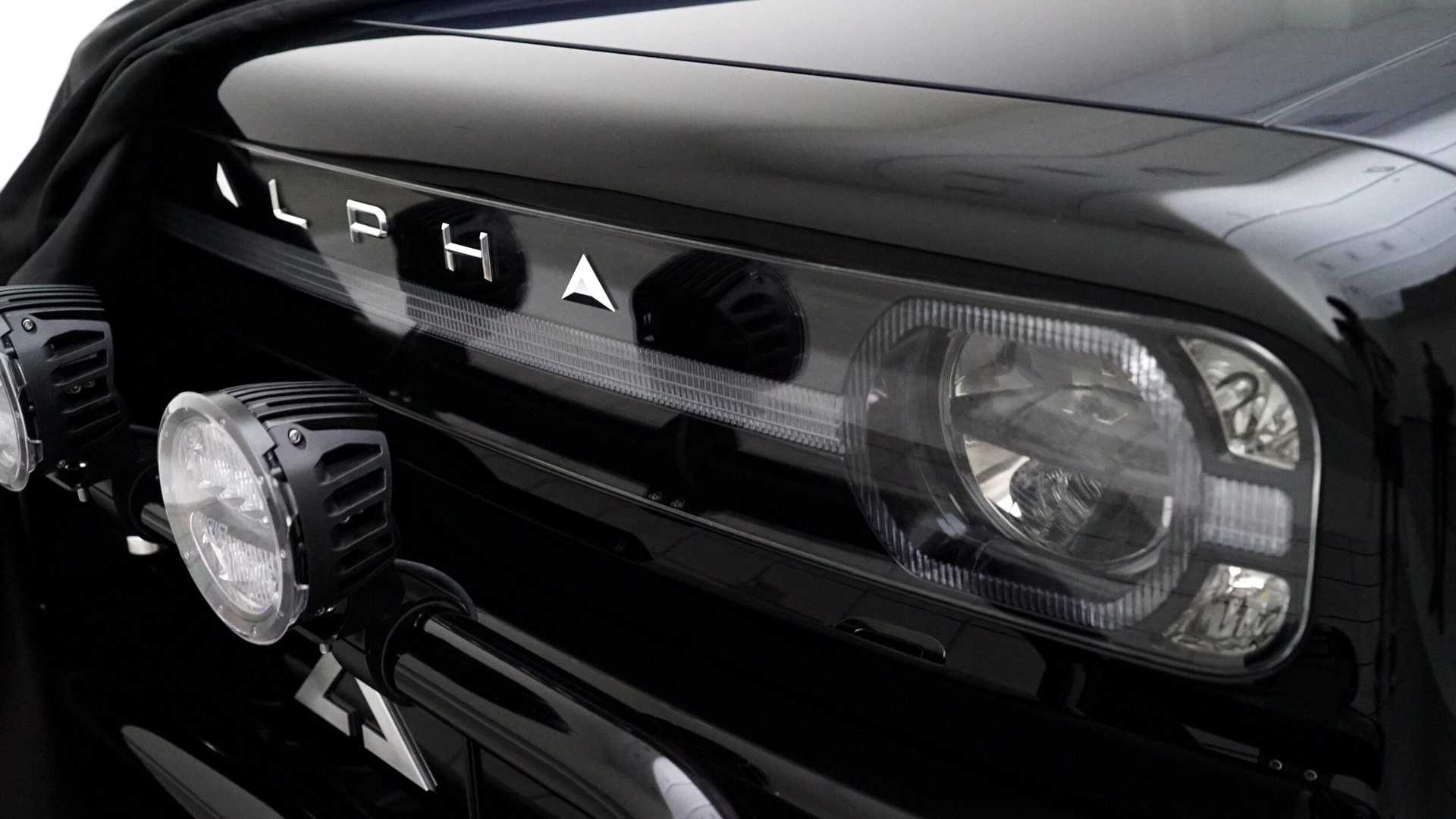 A teaser video released by the company shows that the first Wolf will be painted black and should look pretty much identical to the vehicle we saw in renderings six months ago. That’s a good thing as the Wolf was initially presented with a very rugged and purposeful look that we’re sure will appeal to many buyers.

Found at the front of the electric truck is a pronounced black bull bar that incorporates the turn signals and two spot lights. The Wolf then features headlights neatly incorporated into the front fascia. Elsewhere, Alpha Motor has given the Wolf flared front and rear wheel arches and a set of black wheels wrapped in off-road tires. Other highlights include side steps, a black sports bed in the bed with four additional spotlights, and a black bull bar over the rear bumper.

Alpha says the Wolf will be underpinned by a battery pack range from 75 – 85 kWh and should be good for 275 miles of range. Horsepower and torque figures haven’t been confirmed but it should hit 60 mph (96 km/h) in around 6.2 seconds. Production is scheduled to begin in 2023.