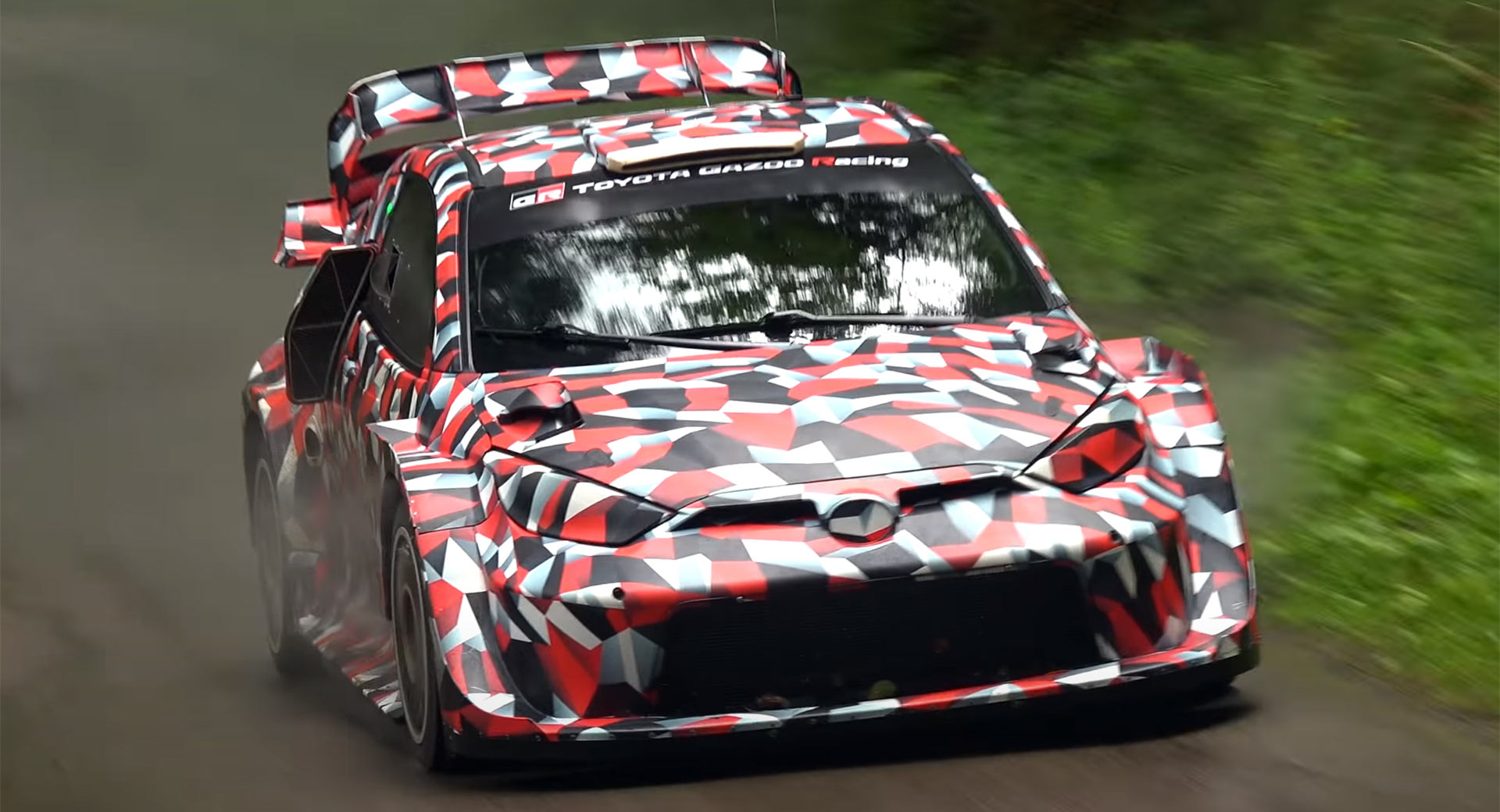 Toyota has been filmed putting the all-new hybrid Yaris WRC car through its paces as it prepares for the 2022 season.

New for next year’s World Rally Championship season will be the introduction of hybrid powertrains for the first time. All cars competing with feature a 1.6-liter direct-injection turbocharged four-cylinder engine mated to an electric motor that adds 100 kW (134 hp) and 132 lb-ft (180 Nm) of torque. Vehicles will also be equipped with a 3.9 kWh battery pack which, like the electric motor, is protected by a sealed carbon fiber housing near the rear axle.

Driving the Toyota in its most recent test was Finnish racer Juho Hânninen and in addition to sporting a new powertrain, we can see that Toyota has made a number of other modifications to the car.

For example, the new car is based on the GR Yaris and therefore features a revised front fascia with unique headlights. It also features wider front wheel arches and features equally as radical dive planes as the 2021 model. The prototype in this video also has massive air intakes stretching out from its sides and not present on some other prototypes previously teased by Toyota Gazoo Racing.

Like all WRC cars, Toyota’s latest creation sounds absolutely incredible, proving that even though WRC is venturing into the world of electrification, the sport isn’t going to get any less exciting.

Racing alongside the new Toyota Yaris WRC will be the M-Sport Ford Puma and the Hyundai i20 WRC.