Despite ever tightening safety and emissions regulations, cars keep getting faster and faster. It’s not like last year’s cars were slow, but telling customers that the latest model is quicker is one sure fire way to tempt them to upgrade.

So does that mean the latest Porsche 911 GT3 is now faster than the previous RS-spec version of the model? Carwow’s Matt Watson lined the pair up on the drag strip to find out.

Related: Porsche Is Testing What Appears To Be A 911 Turbo Hybrid At The ‘Ring

And both are equipped with Porsche’s seven-speed PDK dual-clutch gearbox. You can order the current GT3 with a six-speed manual if you so wish, but the RS was only ever available with the paddle shifter.

Race one is nail-bitingly close, but the RS just edges the GT3 at the line despite a fractionally slower start, much to Watson’s delight, since he’s the one piloting the older car. 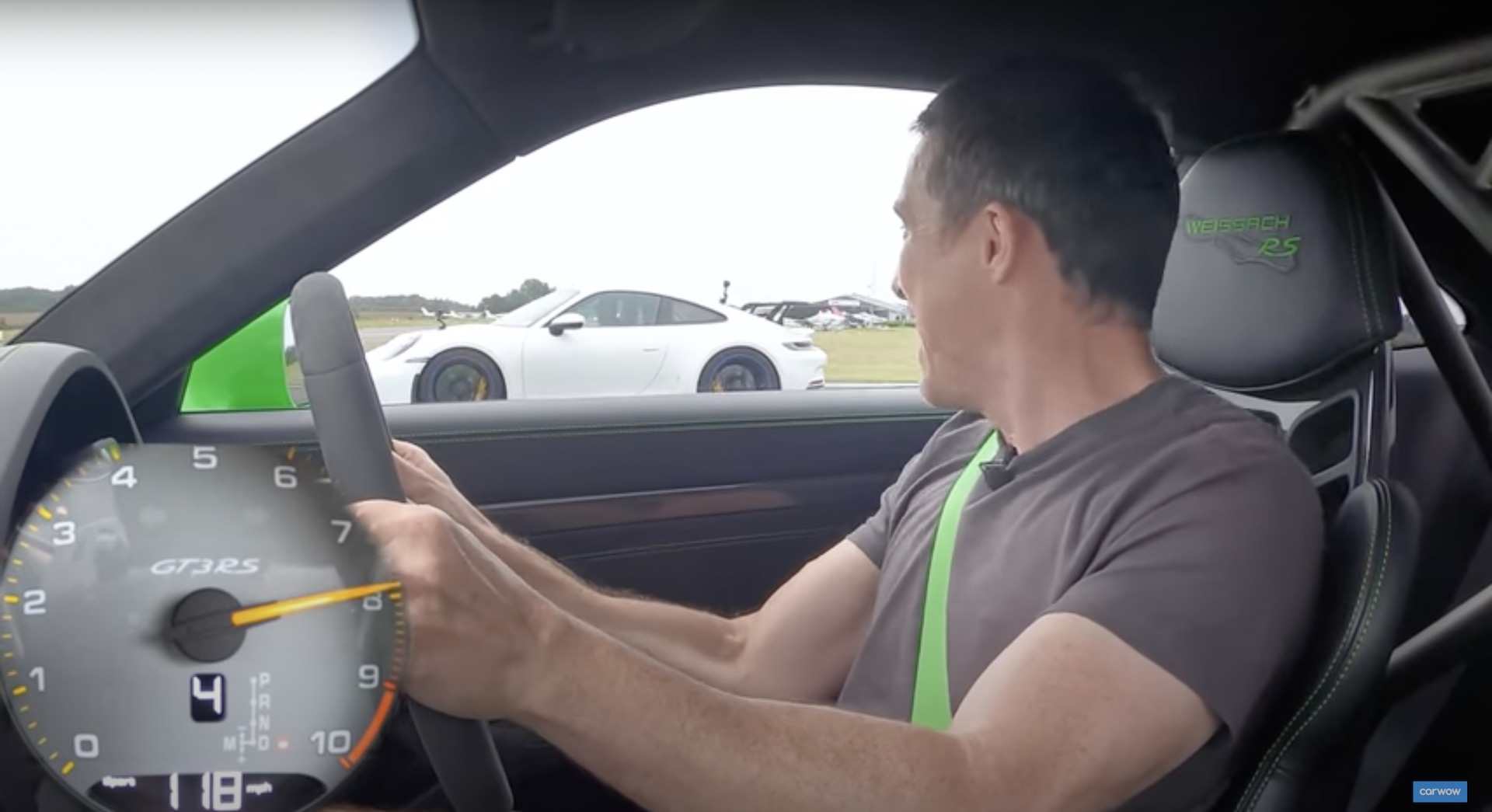 In race two, the RS explodes ahead of the new car, whose driver realizes he’s lost and aborts the run. But in race three both cars get an equally perfect start and it looks like we’re in for another edge-of-the-seat performance.

But it’s not to be. The old car smokes the new one, reaching the quarter mile mark in 11.3 seconds, to the regular GT3’s 11.5 seconds. That might not sound like much on paper, but judging from what we can see on the video, it would probably feel like whole seconds when viewed through the losing GT3’s front windscreen.

And that’s as close as the GT3 is going to get to an RS. Later this year Porsche will take the wraps off the RS version of the 992 GT3, and though we don’t yet know the exact spec, you can bet it’ll be lighter and more powerful than both the GT3 and the old RS, meaning the slice of clean air between them will only get bigger.