Ford of Germany today released the first pictures of its “Very Gay Raptor”, which is the truck’s official designation from the company. Designed to celebrate Pride and as a particularly amusing dunk on one internet commenter, the truck’s story is almost as much fun as its wrap.

The inspiration for the truck came from a homophobic comment left on social media calling a blue Ford Ranger Raptor “very gay.” The automaker corrected the commenter by posting an animation of a blue Ranger Raptor being transformed with a cloud of gold dust and a rainbow pattern, saying that that, in fact, is what a very gay Raptor looks like.

Now, ahead of Christopher Street Day in Cologne, an LGBTQ+ celebration and demonstration held in numerous European cities, a real version of the truck has been commissioned. Covered in a 30 square meter (322 sq ft) wrap, the Very Gay Raptor took Alphafoil more than 60 hours to finish. 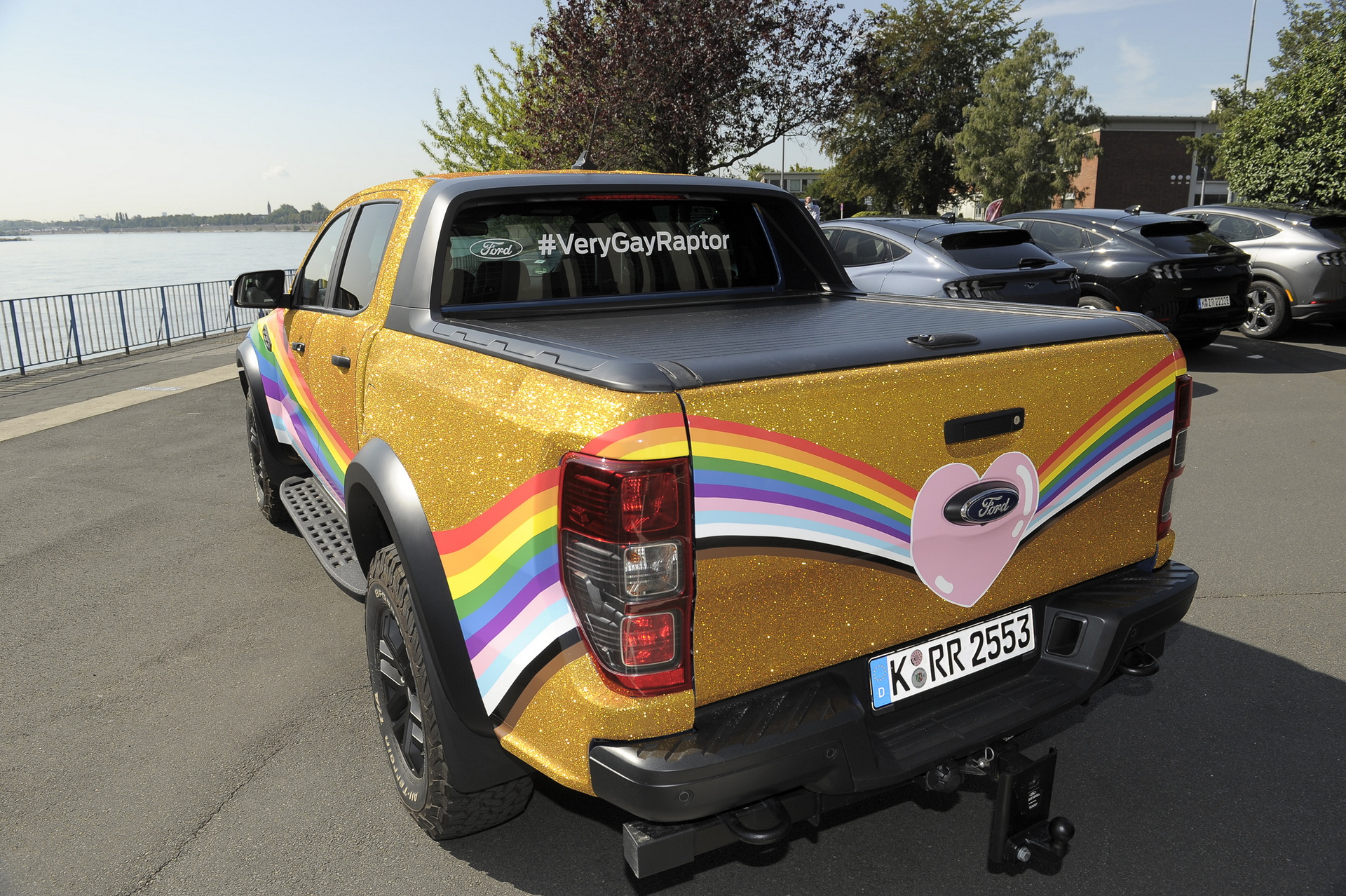 The truck will be parked in downtown Cologne from August 26 to 28 as part of the COVID-affected celebrations. There, it will be joined by one of Ford’s first CSD campaigns, a 1998 Ka that the company converted into a pickup and also painted with a rainbow motif. 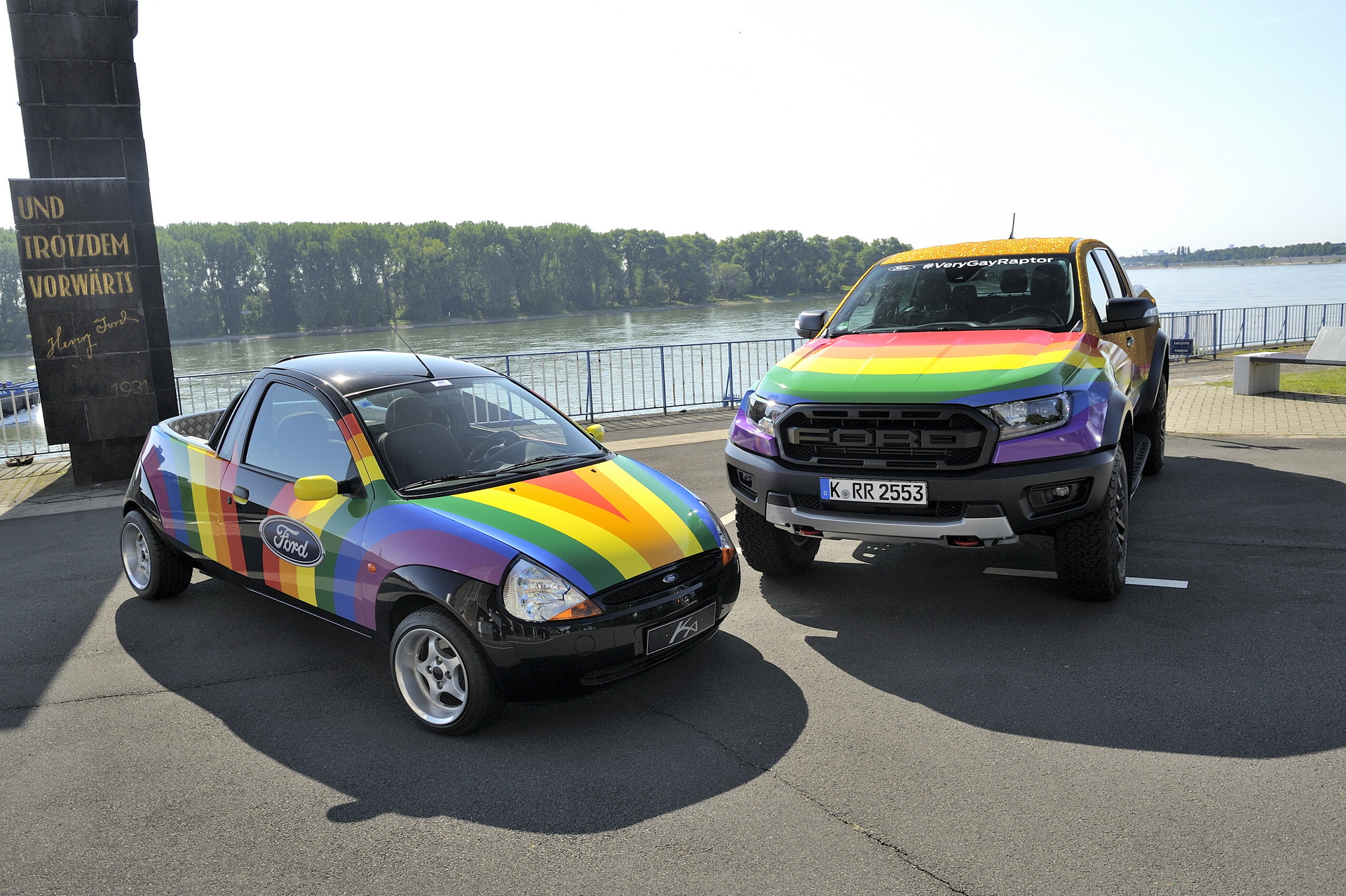 Powered by a 2.0-liter bi-turbo diesel engine, the Ranger Raptor gets 210 hp (213 PS/157 kW) and 369 lb-ft (500 Nm) of torque. It comes with a 10-speed automatic transmission with a special Terrain Management System. With Fox shocks and all-terrain tires, the Raptor is as badass as it is extremely gay.

Ford says it’s also celebrating the 25th anniversary of its GLOBE (Gay, Lesbian or Bisexual Employee) network. Since 1996, the network has been committed to helping encourage diversity and advocate for the needs of LGBT employees. 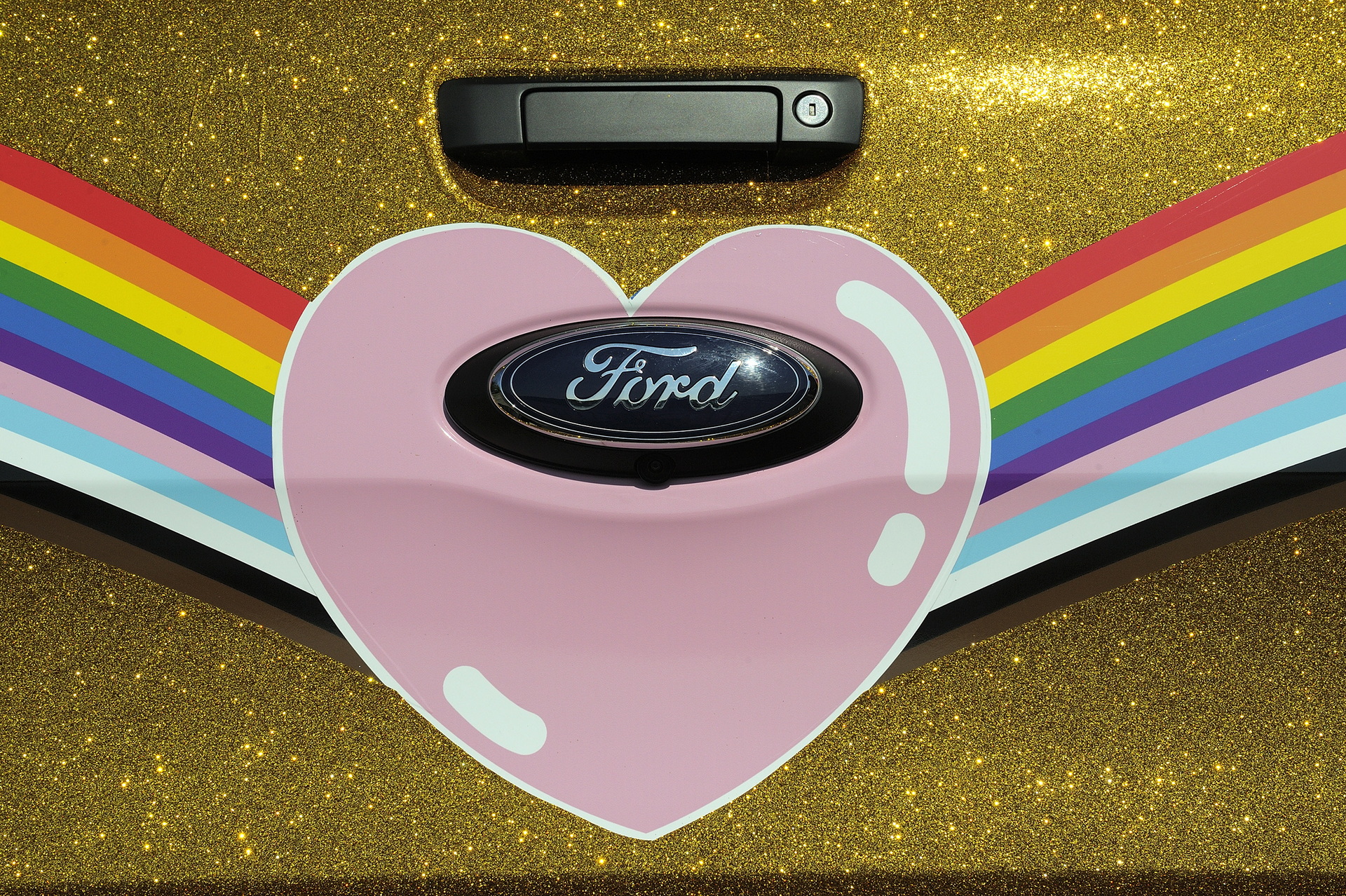