Has Detroit ever produced a more evil looking production car than the 1987 Buick GNX? Maybe, but it certainly didn’t make a faster one that year.

Yep, the quickest off-the-shelf American production car in ’87 wasn’t a Corvette, a Camaro or a Trans Am, but a V6 Buick. Not your average V6 Buick, mind. The GNX was the final evolution of the already rapid Regal Grand National and limited to 547 cars.

This GNX offered on Bring-a-Trailer is the fifth of those 547, and compared with the first four, it’s led a very different life. The seller claims the first four cars were press cars, and having spent over 20 years testing cars for magazines and websites I know full well how they would have been treated.

One of those four would have recorded Car and Driver’s outrageously rapid 4.7-second 0-60 mph time in its May 1987 test. Among factory-produced cars available in the U.S. that year, only the Porsche 911 Turbo was quicker, and by just a tenth.

Related: Buick Grand National With 56 Miles On The Odo Gets Its First Wash Since 1987 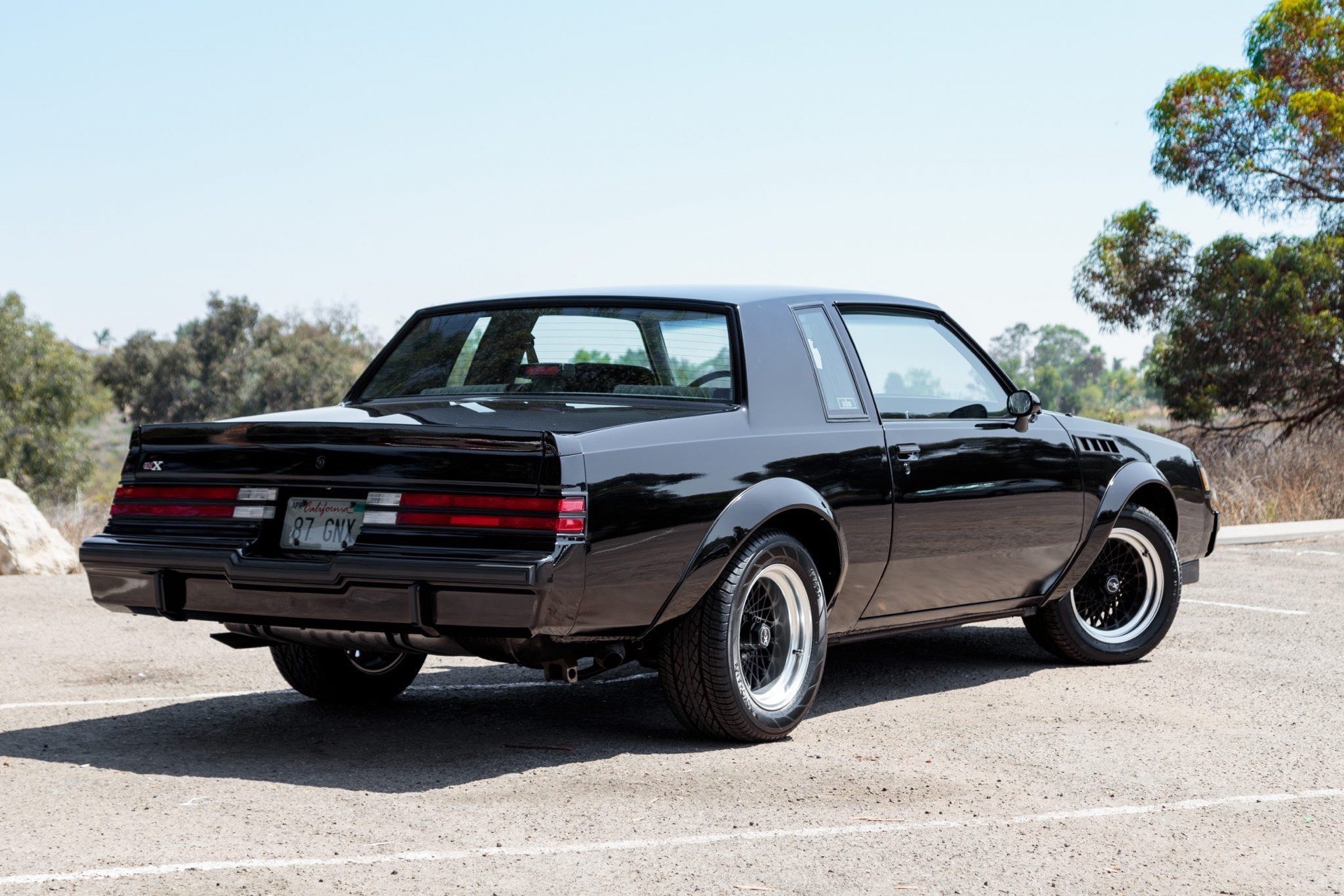 But this car was delivered to the owner of Buick Mart in Cerritos, California, and 34 years later has yet to pass 2000 miles. That’s an incredibly low mileage for a 34-year old car, but it’s still not the lowest mileage GNX we’ve come across. Back in 2019 we wrote about an example for sale that had recorded just eight miles.

The trouble with the eight-miler is you probably wouldn’t use it for fear of tipping into double digits and wrecking its value. And because the engine isn’t run in, you could never tug the T-bar automatic selector back to D, wind the thing up against the brake and let the notoriously underrated 276 hp, turbocharged 3.8 V6 rip to see what the fuss is about.

But you could probably afford to enjoy this 1700-mile car, add a few miles to the odo, add a few elevens to the pavement’s surface on that quiet road out of town and then tuck it away without damaging your investment.

And an investment is what is it, as at the time of writing the highest bid stood at $166,000 with two days left in the auction. Not bad for a 34-year-old Buick, is it?