A police cruiser in Orlando, Florida has been badly damaged after a 2019 Tesla Model 3 with its Autopilot system enabled crashed into it.

Taking to social media, the Orlando division of the Florida Highway Patrol said that the Dodge Charger was stopped on the side of the road to help a Mercedes-Benz SUV. All of a sudden, a Model 3 slammed into both of them, hitting the left side of the police car and the front section of the SUV.

The female driver reportedly told officers that she had enabled the car’s Autopilot feature just before the collision. Fortunately, no one was injured in the crash.

Happening now: Orange County. Trooper stopped to help a disabled motorist on I-4. When Tesla driving on “auto” mode struck the patrol car. Trooper was outside of car and extremely lucky to have not been struck. #moveover. WB lanes of I-4 remain block as scene is being cleared. pic.twitter.com/w9N7cE4bAR

Images shared online show that the driver’s side rear wheel of the police cruiser was badly bent and damaged in the crash. In addition, one of the rear passenger doors has been destroyed by the impact, leaving small fragments of bodywork strewn across the road. The passenger side front-quarter of the Tesla took the brunt of the impact. Various suspension components were broken and even the wheel was torn from the car. Significant damage was also done to the Mercedes-Benz.

This crash happens just a couple of weeks after safety regulators in the United States opened a formal investigation into Tesla’s Autopilot driver assistance system following a spate of accidents. According to the National Highway Traffic Safety Administration (NHTSA), it has identified 11 crashes involving cars and emergency vehicles parked at existing incidents that have been hit by Tesla models with their Autopilot systems enabled. 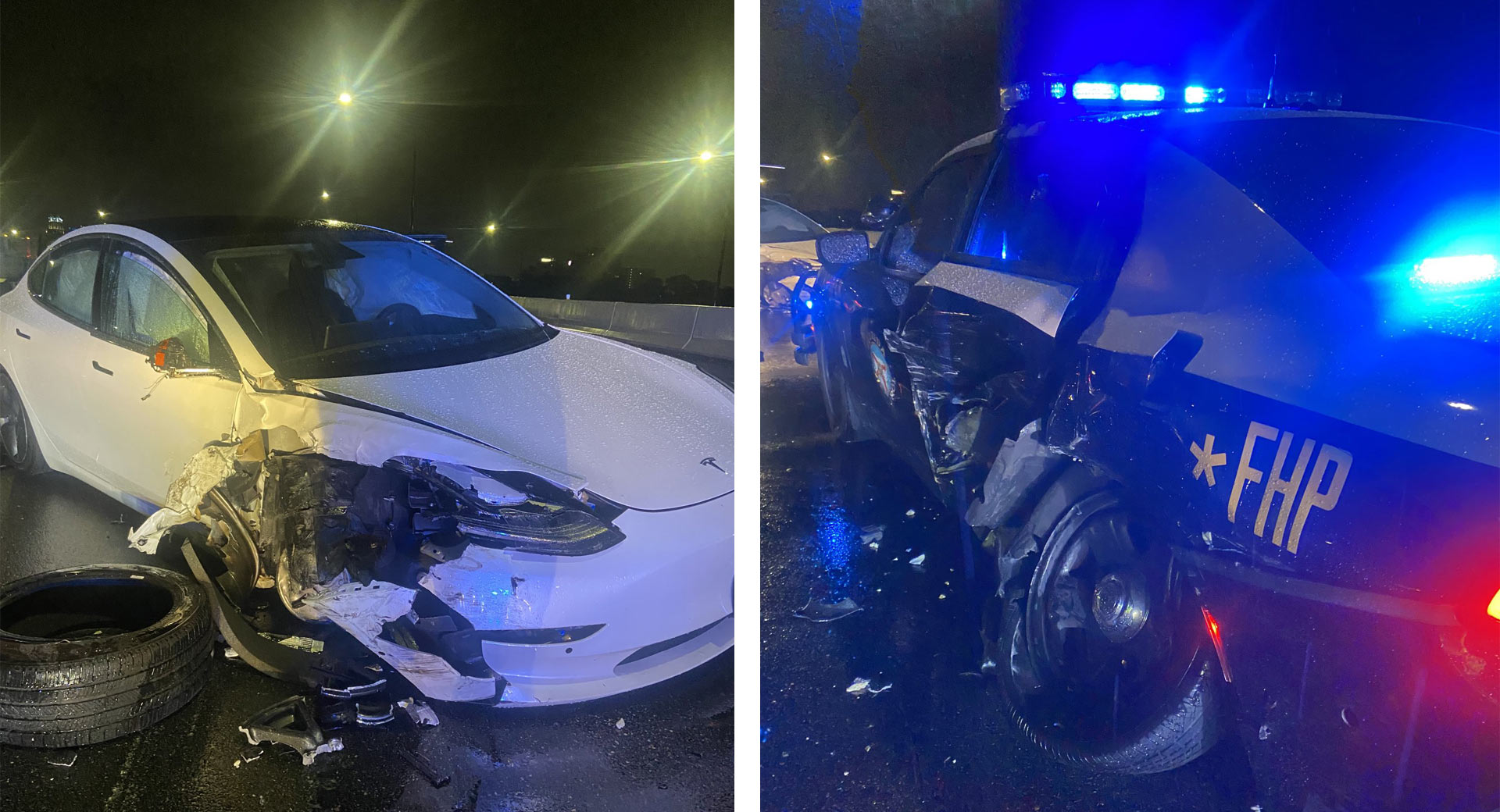