Owners of the Bentley Bentaygas and Flying Spur will be treated to new dual rear-seat entertainment screens.

Affixed to the back of the front seats’ headrests are 10.1-inch screens with which rear seat passengers can enjoy their favorite TV shows. They don’t necessarily have to stay there, though.

Essentially tablets, the two screens can be removed from their docks and users can operate the touchscreen with their fingers. If they prefer not to get fingerprints all over the 1920×1080 pixel screen, they can also use their mobile device or laptop to control it without the need for any wires or cables. 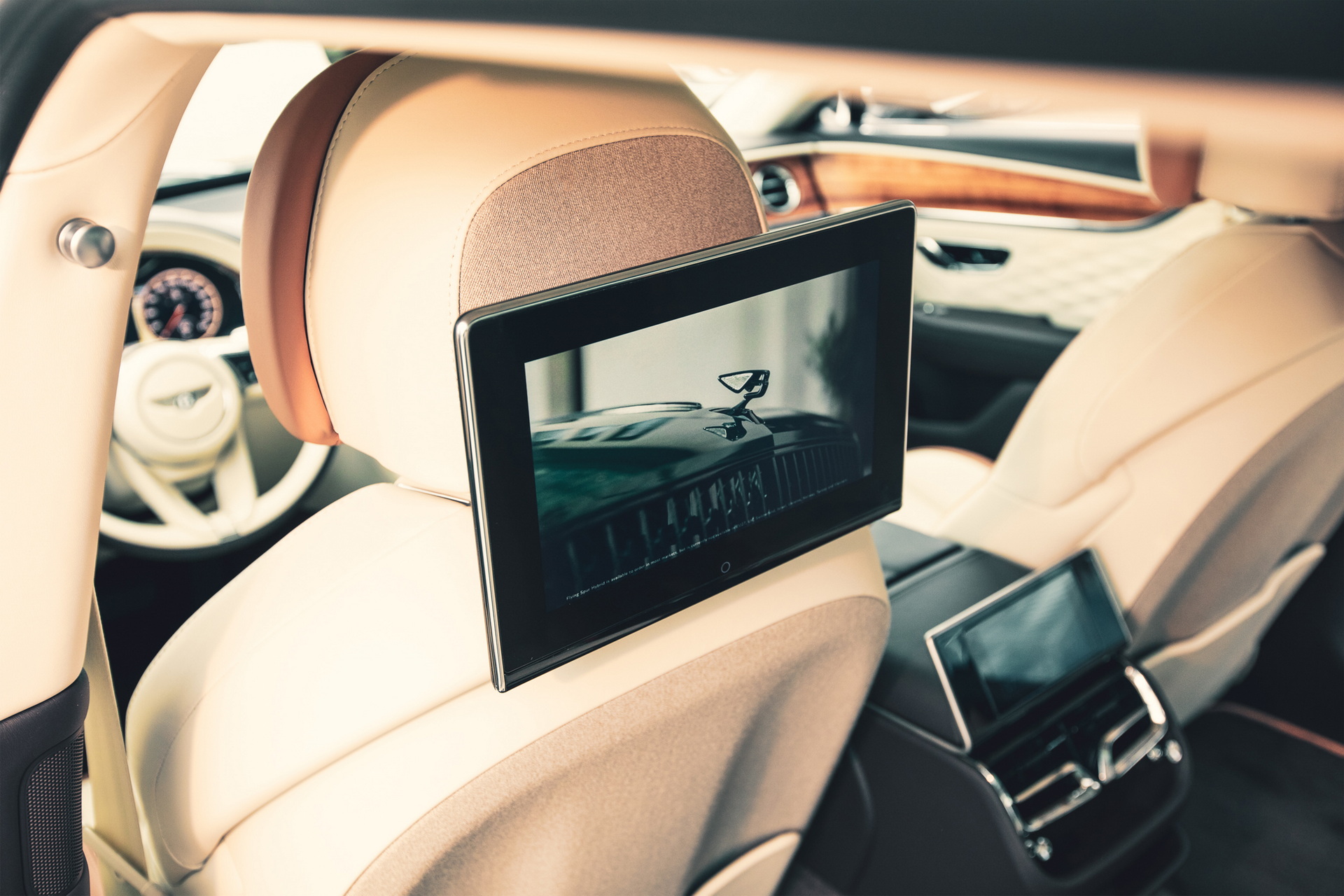 Content can be cast straight to the screens using both iOS and Android devices by connecting to the same WiFi network as the rear-seat entertainment system. From there, a wide variety of apps such as Netflix (which comes pre-installed), Disney+, Amazon Prime, Apple TV, and more can be streamed. If an app isn’t specifically supported, users can simply mirror their device’s screen onto the Bentley entertainment screen.

An HDMI port also allows users more flexibility when it comes to their entertainment needs. A USB C port, meanwhile, offers passengers the ability to charge their device as they stream.

Although there is a headphone jack, the system also works with Bluetooth headphones for a completely wireless experience. If the other passengers don’t mind, you can also just play the audio on the vehicle’s sound system and a small mic in the back of the screen ensures that the sound is always synced properly.

Finally, over-the-air updates will ensure that the system stays up to date as time marches on and technology advances.

“The new Bentley Rear Entertainment system blends ease of use with exquisite design and functionality,” says Ivo Muth, Bentley’s director of Electrical/Electronics. “It allows rear-seat passengers access to an ever-expanding world of entertainment via an exceptionally immersive system – one that represents the very latest in in-car technology.”