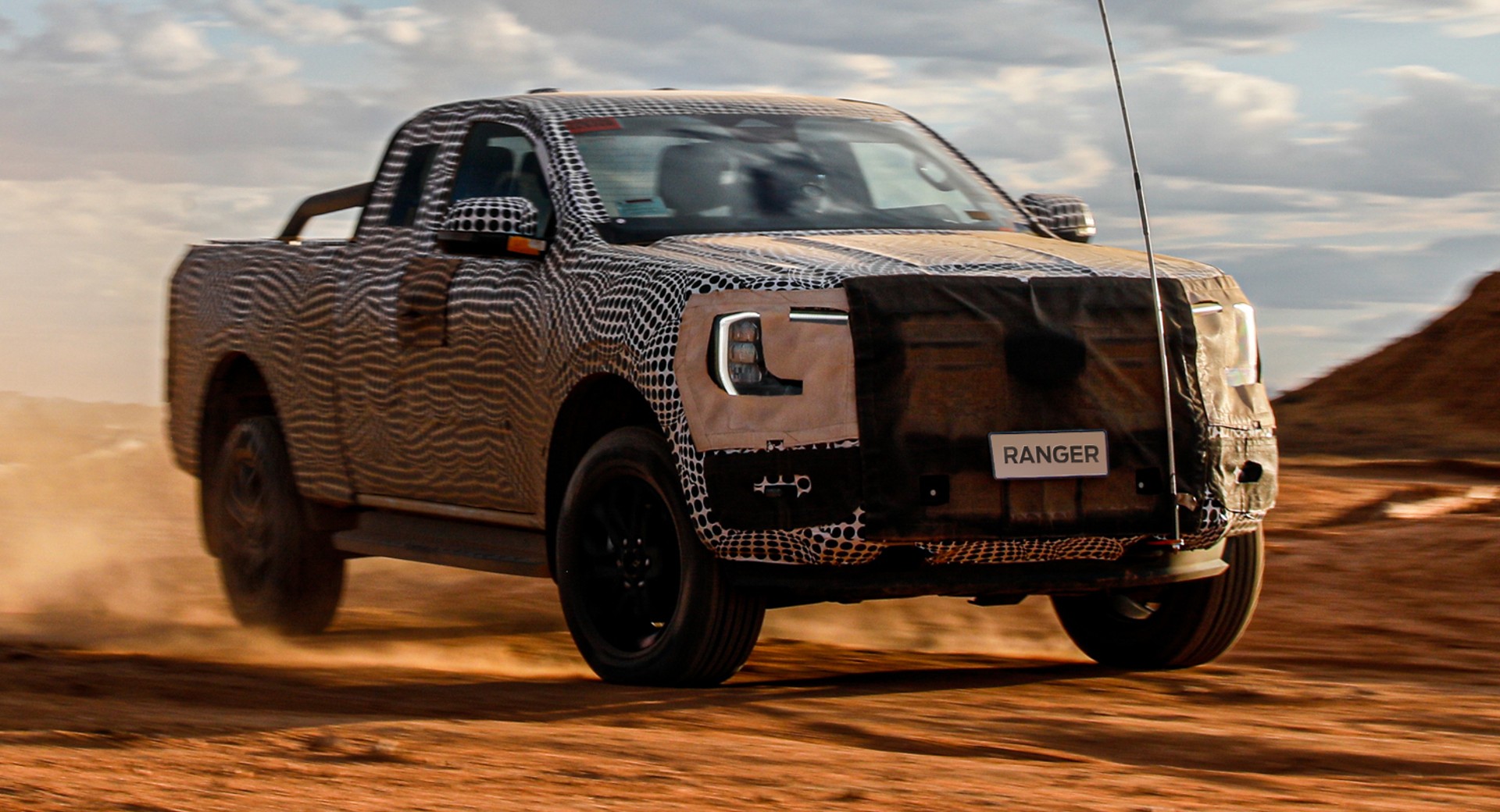 The Ford Ranger is one of the most anticipated pick-up premieres of the year. The new generation was designed and engineered in Australia, so Ford released a fitting teaser video showing off-road testing in a variety of terrains (gravel, sand, rocks, snow). Ford Australia confirmed that the new Ranger will premiere later this year, ahead of a 2022 market launch.

The 2023 Ford Ranger has been spied numerous times in the past, both on European and US soil. Ford kept the camouflage on for its official teaser, but we can still see part of the larger and vertically-arranged LED headlights looking similar to the F-150, the larger grille, and the muscular fenders.

Ford claims that the new Ranger will have “superior off-road credentials paired with dynamic driving DNA” and describes it as “the toughest, most capable, most connected, and most versatile Ranger yet” hinting at innovative features inside the cabin and on the rear bed.

The new generation – as is the case with the 2023 Volkswagen Amarok sibling – is expected to ride on an upgraded version of the T6 ladder-frame architecture which is also underpinning the Ford Bronco. Engine options are likely to include the 2.3-liter EcoBoost four-cylinder with 300 hp (224 kW / 304 PS), the 2.7-liter EcoBoost V6 with 330 hp (246 kW / 335 PS), and possibly Bronco Warthog’s 3.0-liter EcoBoost V6 with 400 hp (298 kW / 406 PS) for the flagship Ranger Raptor. Some markets including Europe and Australia will also get the 2.0 EcoBlue bi-turbo four-cylinder diesel motor.

Most importantly, the new Ranger will be the first one to get a plug-in hybrid variant – as Ford’s European range will be zero-emissions capable by mid-2026. This one is rumored to pair the 2.3 EcoBoost with an electric motor for a combined output of 362 hp (270 kW / 367 PS), while a proper-sized battery will allow for a decent electric range for its size.

The official premiere of the Ford Ranger will take place before the end of 2021. In the US we should expect it next year as a 2023 MY model.