Taking to Facebook, the Prescott Valley Police Department announced that it had received a $130,000 grant from the Arizona Governor’s Office of Highway Safety and used it to purchase a pair of 2021 Dodge Challenger R/T models. The police department says the two cars will be assigned to “aggressively enforce hazardous driving on our roadways,” and used for “daily enforcement and collision response, as well as being used for special details such as speed enforcement, bicycle/pedestrian safety and impaired driving enforcement.”

Prescott Valley police added that local streets have seen increased traffic as well as an increase in aggressive driving and excessive speed citations.

Read Also: This Dually Dodge Challenger Could Audition For A Mad Max Film

The two Challengers have been modified with hidden blue and red flashing lights across their front grilles, side skirts, and even in the muscle car’s hood scoop.

Unsurprisingly, many residents of the small town aren’t happy with how the police department spent its $130,000 grant.

“You could have spent money on de-escalation classes or hand to hand combat classes or mental health classes or classes on how to communicate with autistic people,” one Facebook user wrote. “Protecting the community while hiding from them,” another added. 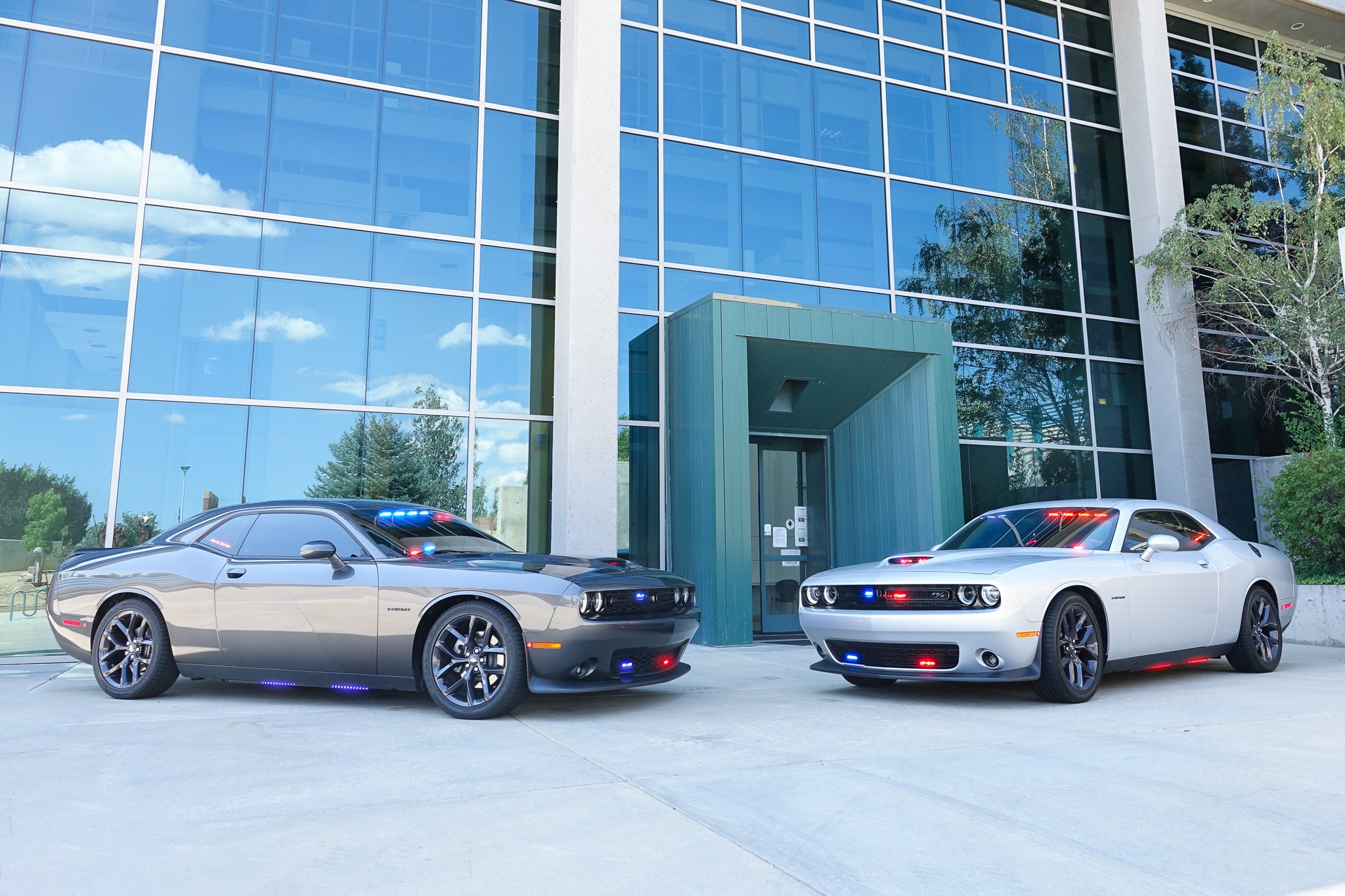