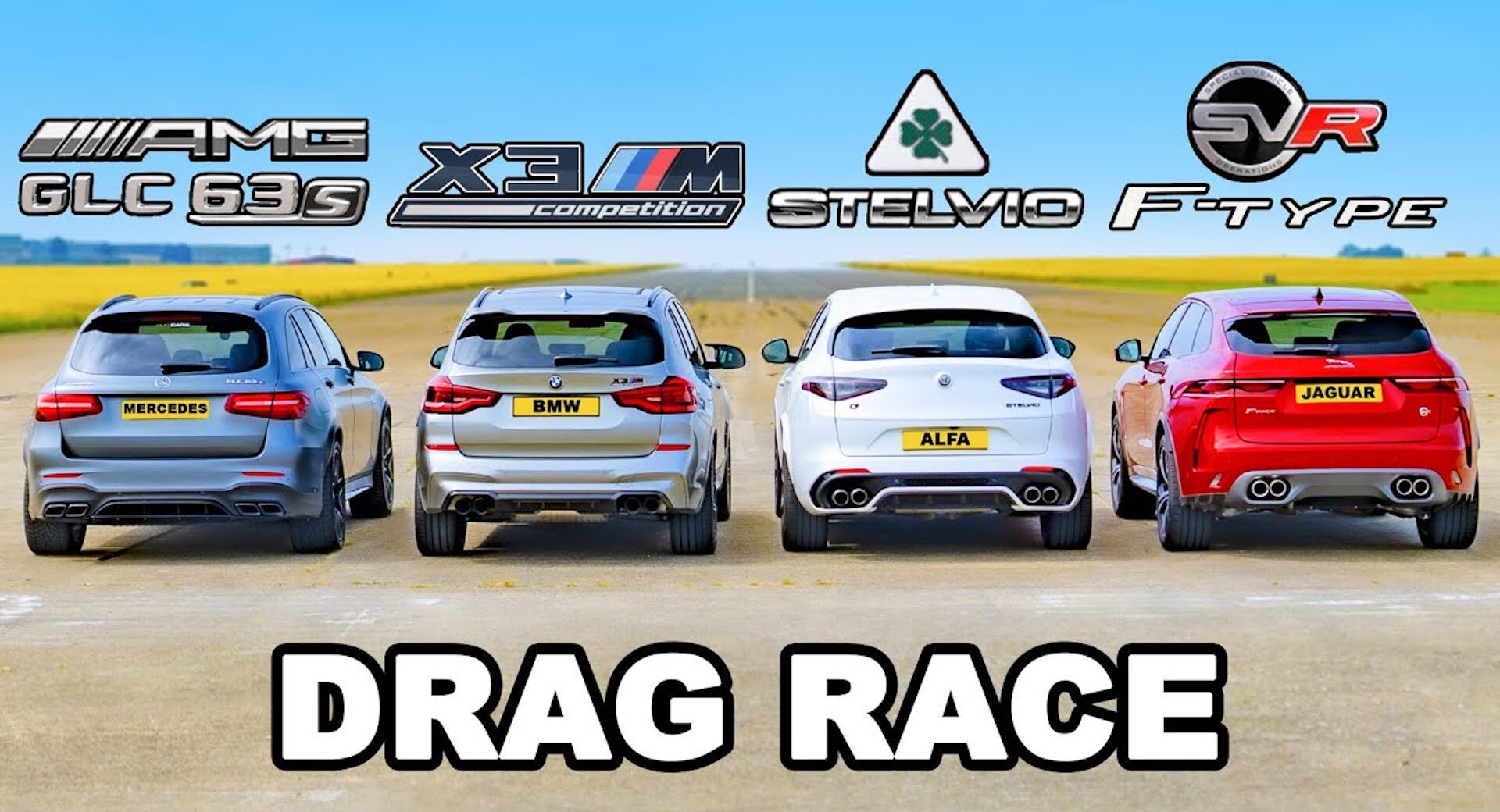 Today’s compact performance SUVs are as quick as some of yesterday’s supercars, but which is quickest of all? Presuming you’ve read the title of this post, you’ll know it’s not the Alfa Romeo Stelvio Quadrifoglio, which gets demolished by its key rivals in Carwow’s SUV face-off.

Lined up against the BMW X3 M Competition, Mercedes-AMG GLC 63 S, and Jaguar F-Pace SVR, the former Nürburgring SUV record holder comes last in every single standing start and roll-on race. And that’s despite it packing the same 503 hp as its two German rivals, and being the lightest of the lot (it measures a huge 500 lbs less than the 542 hp Jag).

The Alfa doesn’t have launch control, which hurts its drag starts, but the big culprit seems to be its shortage of torque relative to the others. The Stelvio’s 2.9-liter V6 ‘only’ serves up 443 lb-ft, while the AMG and BMW both offer an additional 37 lb-ft, and the 5.0-liter Jag kicks out a wholesome 516 lb-ft.

In the drag races, it’s the AMG GLC 63 S that takes the win every time, pulling out a sizeable visible lead at the quarter mile post, which it reaches in 11.9 seconds, a tenth ahead of the BMW and Jag, and two tenths ahead of the Alfa.

In the first of the roll-on races, where the cars are left in comfort and automatic modes, again it’s the GLC 63 S that dominates. It’s interesting to note that while the AMG uses Merc’s 9-speed automatic transmission, the other three all use a ZF eight-speeder, suggesting the AMG kicks down faster and swaps ratios more quickly when left to its own devices.

Removing that advantage by re-running the race in manual mode, things suddenly look quite different for the AMG. We’ll not spoil the result by saying which SUV wins, but there are no prizes for guessing the loser.