1016 Industries offers a suite of comprehensive upgrades for the McLaren 720S and has just unveiled its latest creation.

This particular 720S has been adorned with 1016’s full selection of carbon fiber body panels that transform the looks of the mid-engined British supercar. It also happens to be finished in a gorgeous shade of purple that accentuates the bodywork of the 720S perfectly and nicely contrasts the various areas of exposed carbon fiber.

The tuning company’s bodykit starts with a new bumper and front splitter, complete with large carbon fiber fins on either side. A new hood is also featured that further adds to the car’s aggression. Further modifications have been made to the sides of the car, including flared arches and new carbon fiber sills. The flared rear wheel arches also house new air intakes. 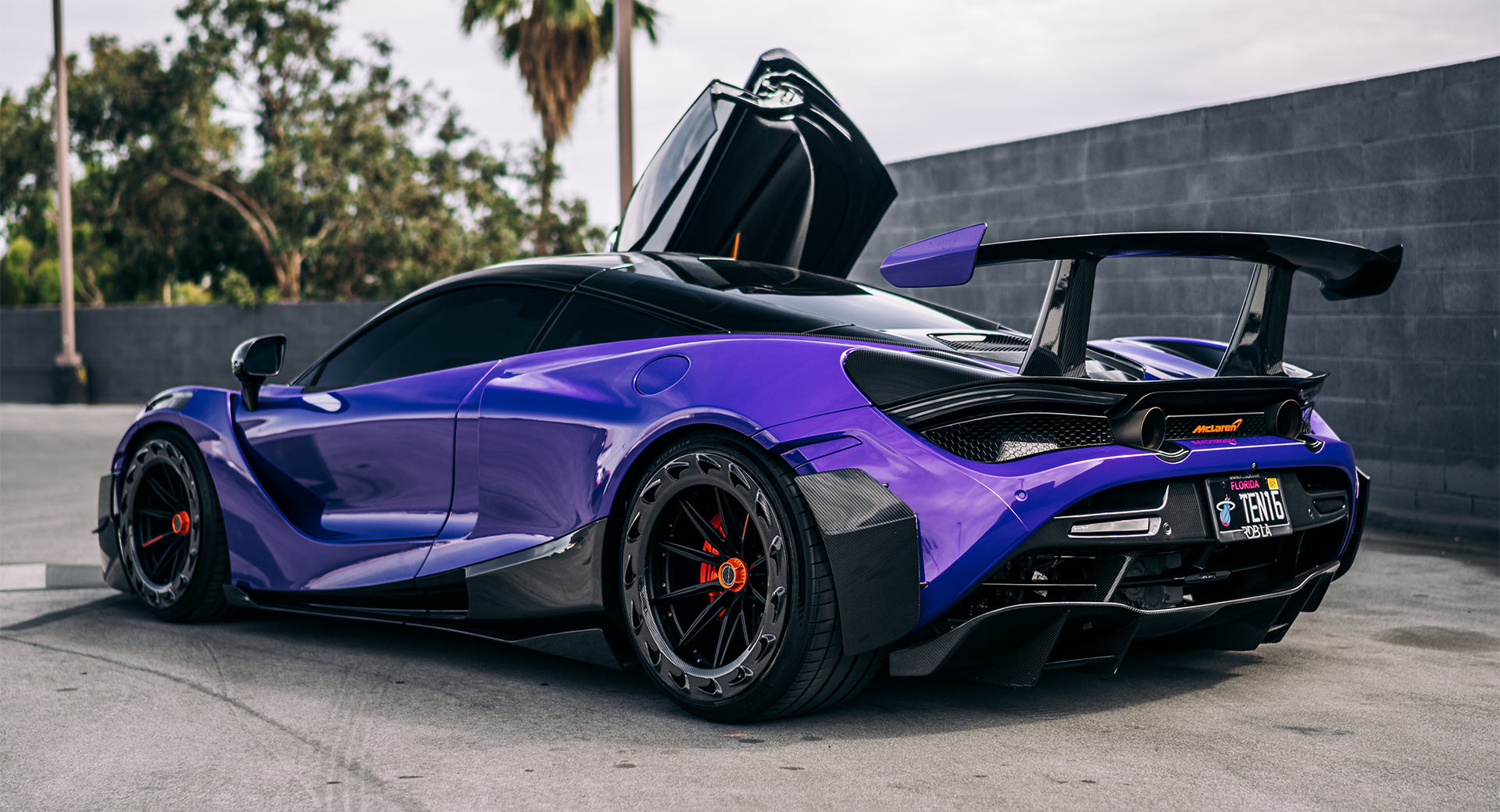 Then there are the wheels, complete with black spokes, red center locks, and a carbon fiber rim to improve aerodynamics while also adding a unique touch to the 720S. Rounding out the modifications is a new carbon fiber tailgate, a carbon rear wing, and a new carbon fiber diffuser. An orange McLaren badge also catches the eye.

“Since day one, purple was really the boldest color that 1016 Industries could think of to showcase a fully exposed carbon 720S,” 1016 Industries founder Peter Northrop said in a statement. “Everything was designed to complement all the small details on the car. For this 720S, our carbon fiber work is the centerpiece. In addition to the unique styling and design, the benefit of integrating carbon fiber materials into exotic platforms like the 720S is undeniable. At 1016 Industries, our focus is perfecting how the best-applied materials can be used to make exotics not only stand out but outperform at every level.”