When it comes to police vehicles, many departments defer to the Michigan State Police which subjects them to a barrage of tests including acceleration, braking, dynamics, ergonomics, fuel efficiency and top speed.

All of this information is then compiled into an annual report, which departments use to select the best vehicle to suit their needs. In effect, the Michigan State Police are a bit like the Consumer Reports for police cars.

Given this, it’s interesting Ford has submitted a Mustang Mach-E “police pilot vehicle” for testing as part of MSP’s 2022 Model Year Police Evaluation. Ford didn’t say much about the crossover, but stated they want to “demonstrate that a vehicle with an electric powertrain can deliver strong performance and stand up to demanding police duty cycles.” 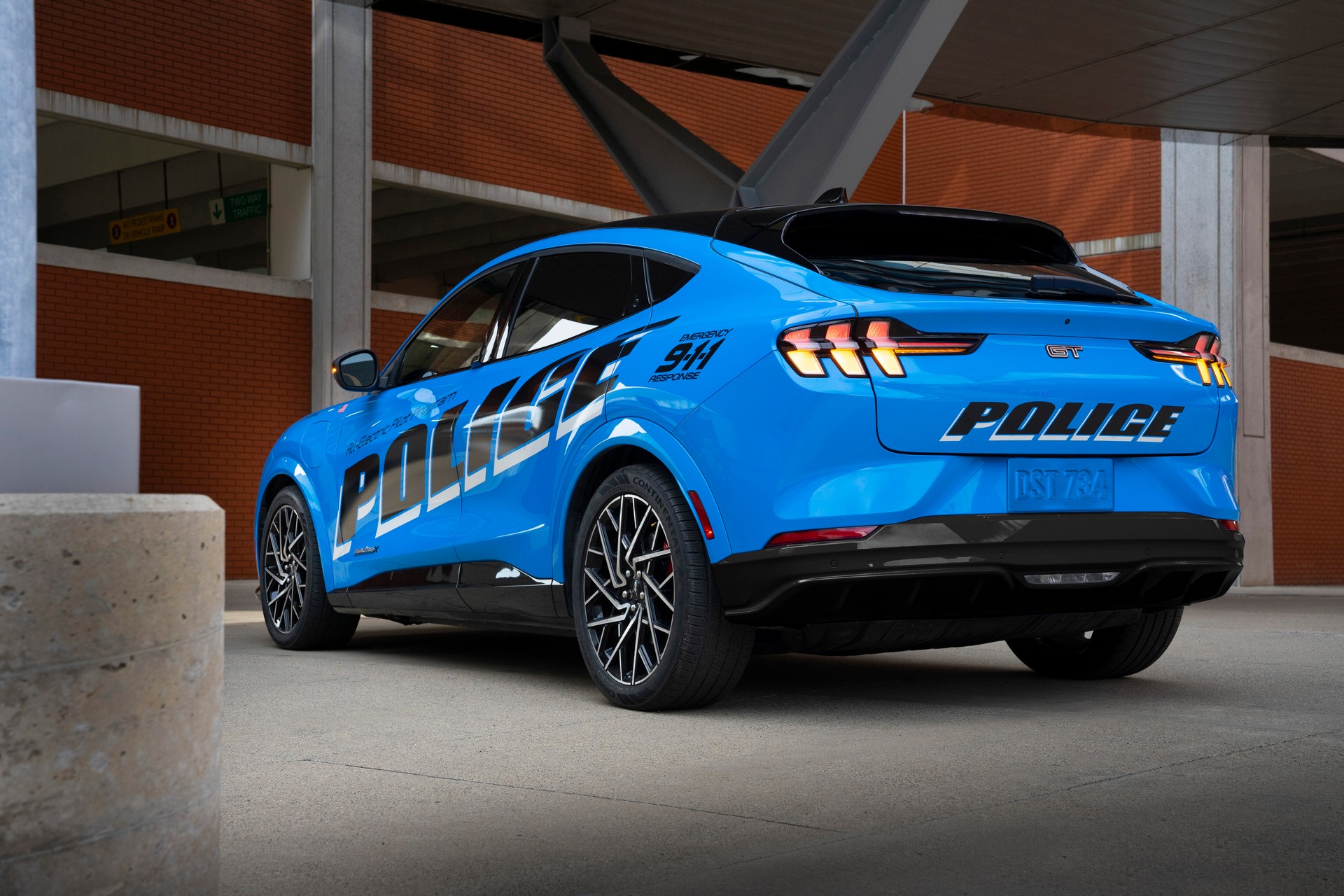 While the Mach-E police car prototype is interesting by itself, Ford said law enforcement demand for electric vehicles is growing worldwide. As a result, the company is using the “pilot program testing as a benchmark while it continues to explore purpose-built electric police vehicles in the future.”