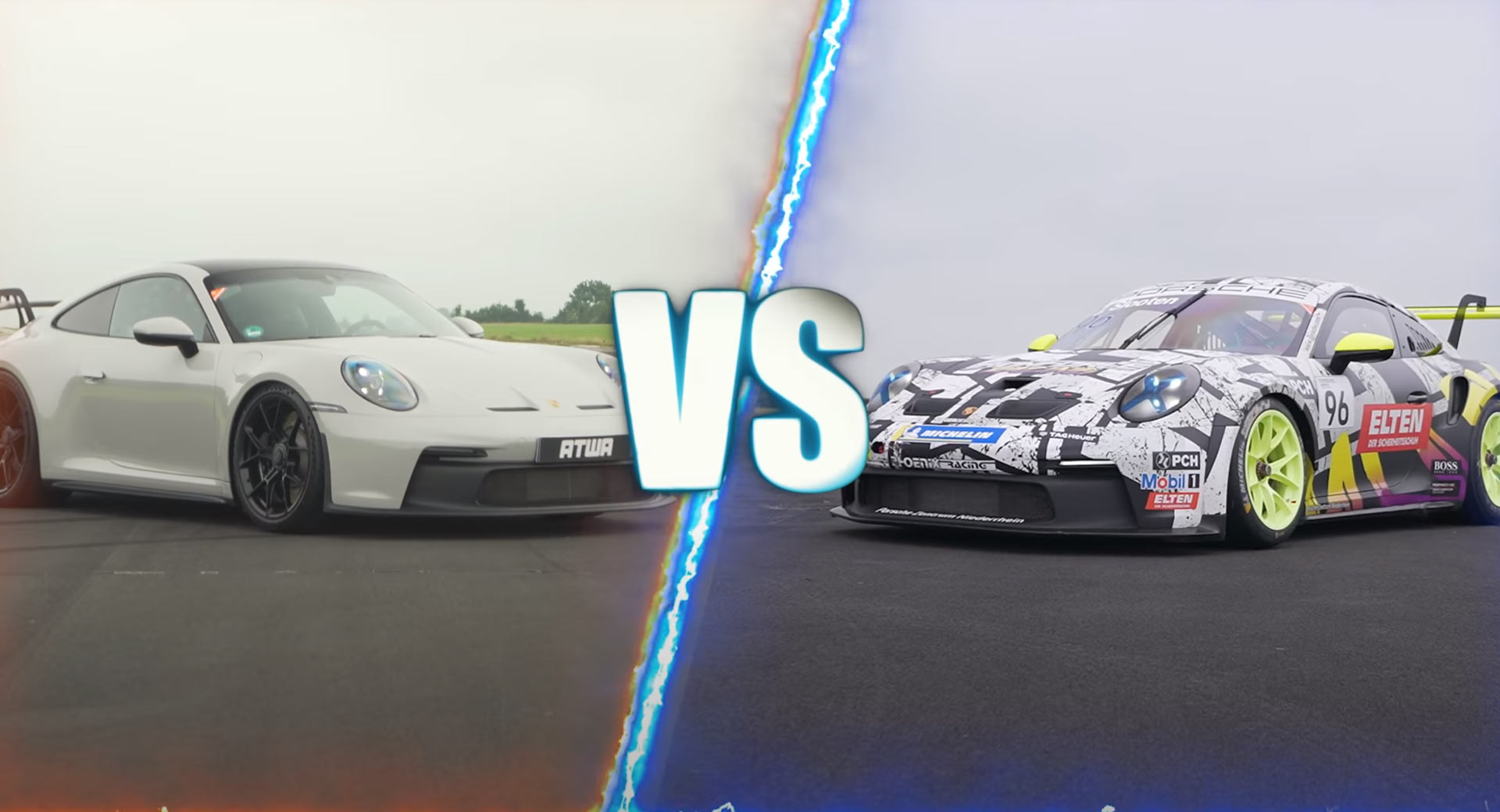 The new Porsche 911 GT3 is a remarkable car, both on the road and the track. However, the 911 GT3 Cup car takes things to an entirely different level, as Formula E racer Daniel Abt recently discovered.

For the latest episode of his drag racing series, Abt was able to pit the brand new 992 GT3 against the Cup car for a series of races.

Both cars are powered by a 4.0-liter naturally aspirated flat-six pumping out 503 hp and 347 lb-ft (470 Nm) of torque. However, whereas the road-legal GT3 pairs this engine with a seven-speed dual-clutch automatic, the GT3 Cup has a race-spec sequential transmission with a three-plate racing clutch. It also has an exhaust free of any restrictions, meaning it is much louder than the street model.

The tables are turned in the second race, however, as the GT3 Cup struggles to put its power to the ground because its driver was a little too eager with the throttle. We won’t spoil the result of the third and final race, but it too was very close.