The next-generation Mercedes GLC that will be marketed as a 2022 model internationally and a 2023MY in North America, has been caught yet again and we have a massive drop of pictures of the SUV testing near Mercedes’ plant and at the Nurburgring.

These new shots make the lighting elements a little easier to see and reinforce the impression that the new model will be a subtle but meaningful improvement over the previous generation. The GLC will be growing in dimensions sporting a longer wheelbase and overhangs that should improve both passenger and luggage space.

Apparently incorporating two design lines into the front daytime running lights, the face of the new GLC should at least look a little different. The shots taken on the track also show a grille with sportier vertical grille slats that we’ve seen before, while some of the shots taken on the road (spied near its plant in Sindelfingen) show a grille that looks a little more luxury-focused. 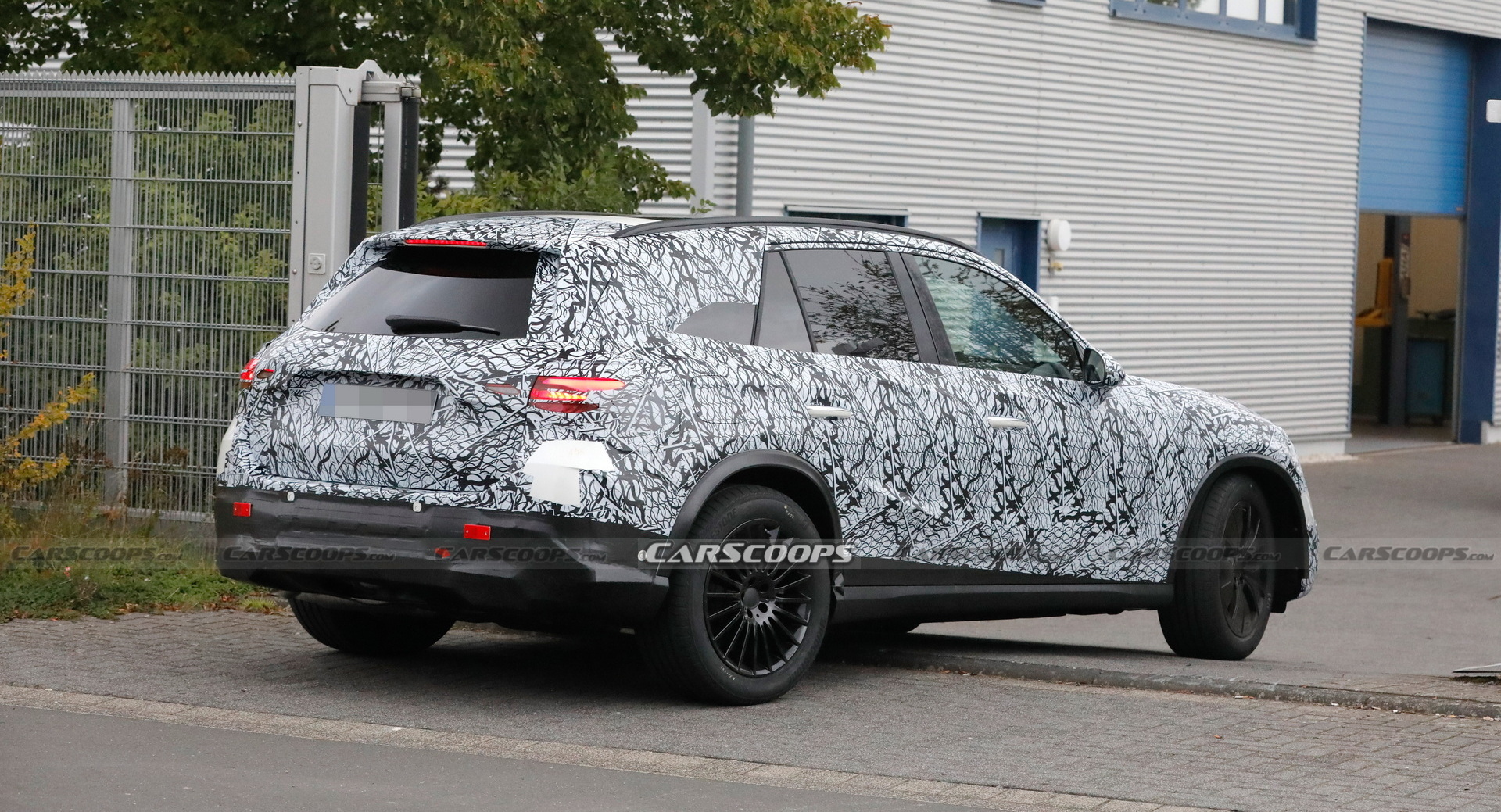 Mercedes also appears to be moving the door handles down on the body, suggesting that the beltline will change. A swept-up design line near the bottom of the rear doors should also mark this one out from the outgoing model.

Based on the same platform as the new C-Class, we would expect to use a turbocharged four-cylinder engine producing 255 hp (190 kW / 259 PS) and 295 lb-ft (400 Nm) of torque, with varying degrees of hybridization.

Although we haven’t yet seen photos of the interior, we would expect it to also follow the C-Class‘s lead. That will likely mean a 12.3-inch digital instrument cluster and an 11.9-inch tablet-style infotainment screen. Other technology and luxuries are expected to be similarly advanced.

Mercedes is expected to unveil the new GLC in 2022 with the coupe version set to follow later on.