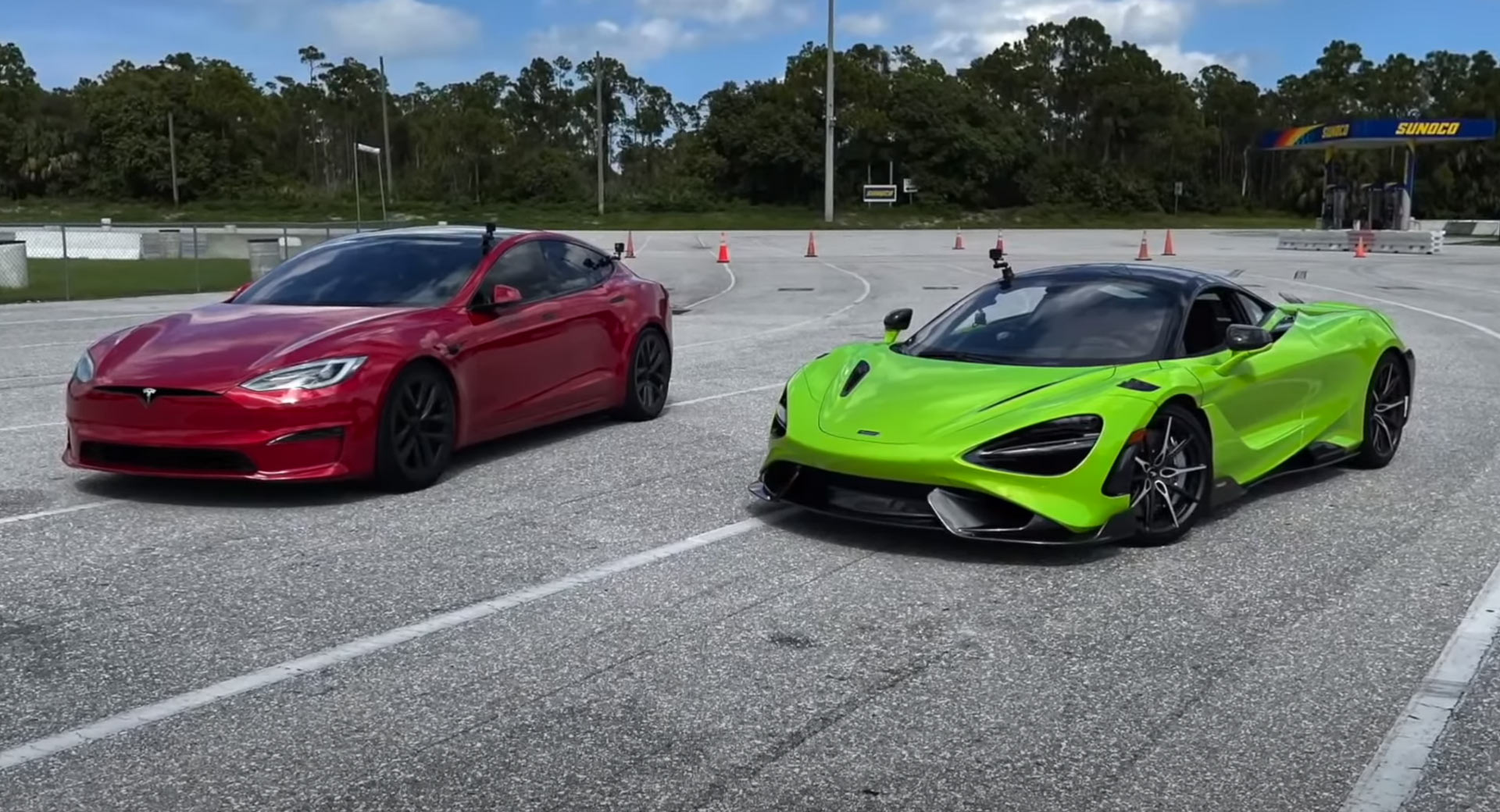 The McLaren 765LT was the king of the drag strip but it appears the Tesla Model S Plaid has now taken that crown.

Brooks from the DragTimes Youtube channel recently took delivery of a Model S Plaid and also happens to own a 765LT, so he promptly headed to the drag strip to put them against each other. Prior to this outing, he had set a previous best quarter-mile time of 9.3 seconds in the McLaren and a time of 9.2 seconds in the Tesla so he thought the race would be very close. It wasn’t.

Watch Also: McLaren 720S Tries Its Best, But The 765LT Is Just Too Much To Handle

In the first race, the Tesla ran down the quarter-mile in 9.27 seconds at 152 mph, easily defeating the McLaren with its time of 9.93 seconds at 143 mph. However, the Tesla driver jumped the start, meaning it was technically the McLaren that took the win by default.

As mentioned, the YouTuber has previously set a time of 9.3 seconds in his McLaren, so why was it so slow during this outing? Towards the end of the video, Brooks says the weather was very hot and humid, inevitability impacting the performance of the McLaren. The Pirelli tires also weren’t as sticky as they were when they were brand new.