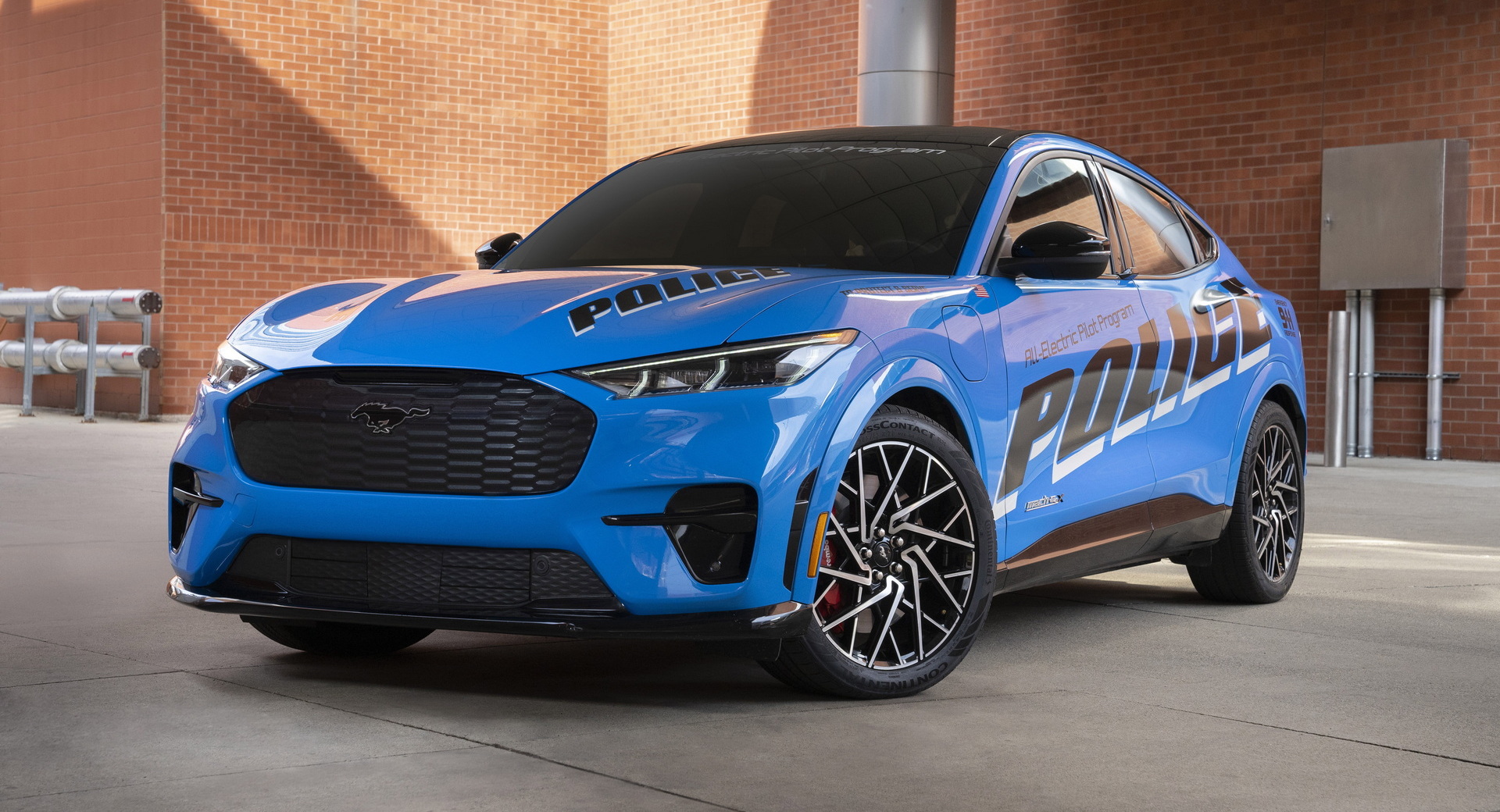 The Michigan State Police test of potential vehicles for police duty is a notoriously thorough one, with many police departments basing their decisions on the its conclusions. The Ford Pro police pilot vehicle that’s based on the 2021 Mustang Mach-E is the first EV to have passed the department’s test.

“The fact that the Mustang Mach-E successfully stood up to the grueling Michigan State Police evaluation demonstrates that Ford can build electric vehicles that are capable, tough, and reliable enough for even the most challenging jobs,” said Ted Cannis, CEO of Ford Pro. “We understand the needs of our commercial customers and are committed to unlocking new electrification opportunities for them.”

The Mustang Mach-E was subjected to acceleration, top speed, braking, and high-speed tests, as well as emergency response handling characteristics and more for the department’s 2022 model year evaluation.

Ford announced that it was presenting the EV to the Michigan State Police earlier this month. The automaker said it wanted to prove that “a vehicle with an electric powertrain can deliver strong performance and stand up to demanding police duty cycles.”

Ford has also submitted the Mustang Mach-E for police duty in the UK, saying that a number of departments there have also shown an interest in an electric vehicle for their fleets.