Horsepower is a good and wonderful thing, but like all good things – water, whisky, puppies – there is an amount beyond which disadvantages occur. Or so I’m told. Is that the case with the Mustang Shelby GT500?

While there is no doubt that the pony car’s 5.2-liter supercharged V8 is an impressive and exciting engine, and although no one would argue that it is slow, on a regular road surface that isn’t prepped for drag racing, 760 horsepower can be a handful.

Edmunds, then, decided to pit it against the most performance-oriented naturally aspirated Mustangs on the market, the Mach 1. Already tipped to be nearly as quick on a road course as the more powerful Mustang Shelby GT350, the Mach 1 makes a more modest (only in the context of this article) 480 hp. 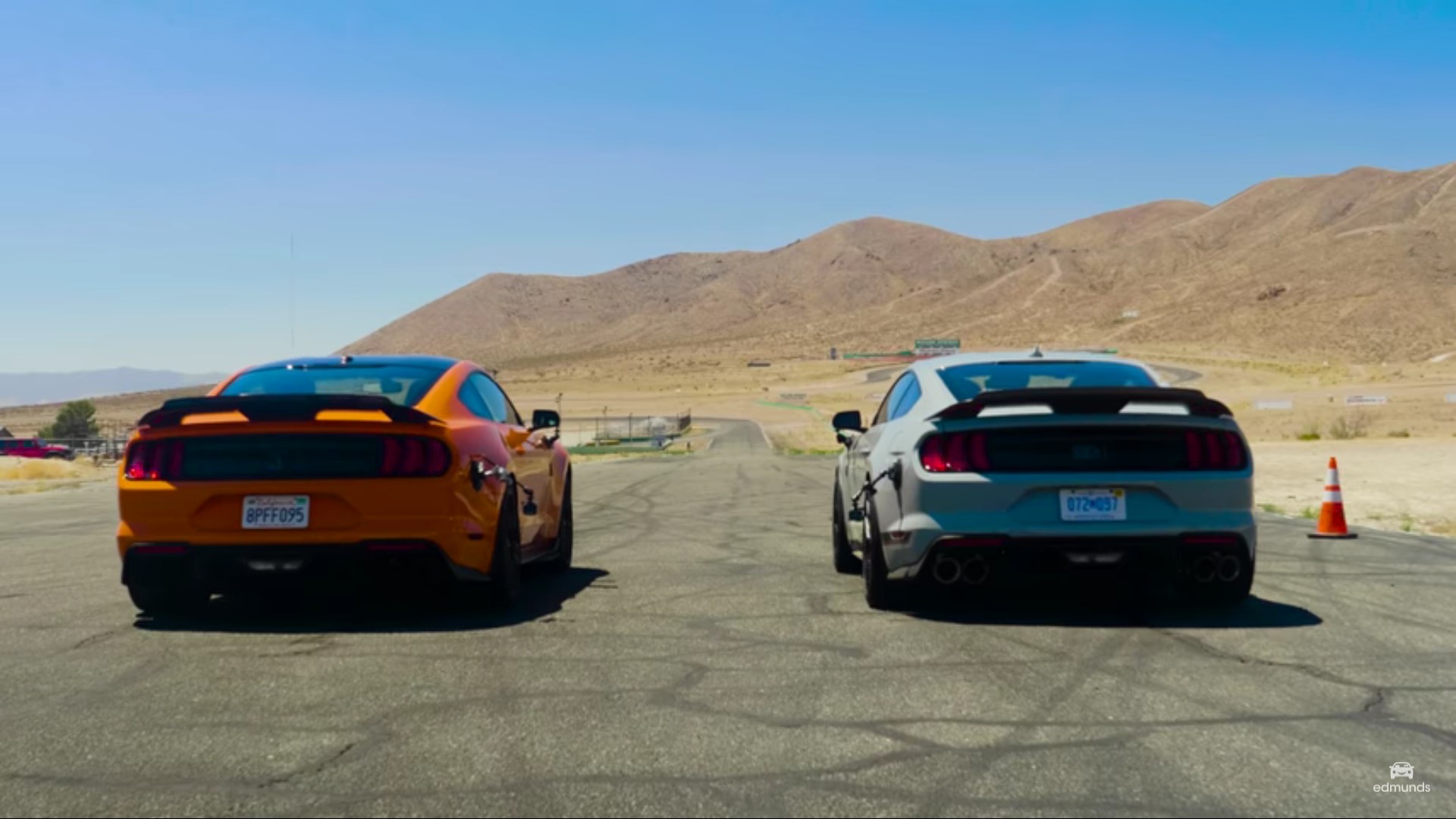 Although that’s significantly less than the Mustang Shelby GT500, it’s more than enough to get you moving in a hurry. Indeed, it’s enough to make you lose traction through second and even third gear in this drag race, as driver Carlos Lago discovers. The driver struggles put the power down his Mustang Mach 1, prompting him to say he felt like he almost had “a Cars and Coffee moment.”

Even when both cars warm up their tires and the Mustang Mach 1 hooks everything up, the Mustang Shelby GT500 can just walk away from its less powerful sibling.