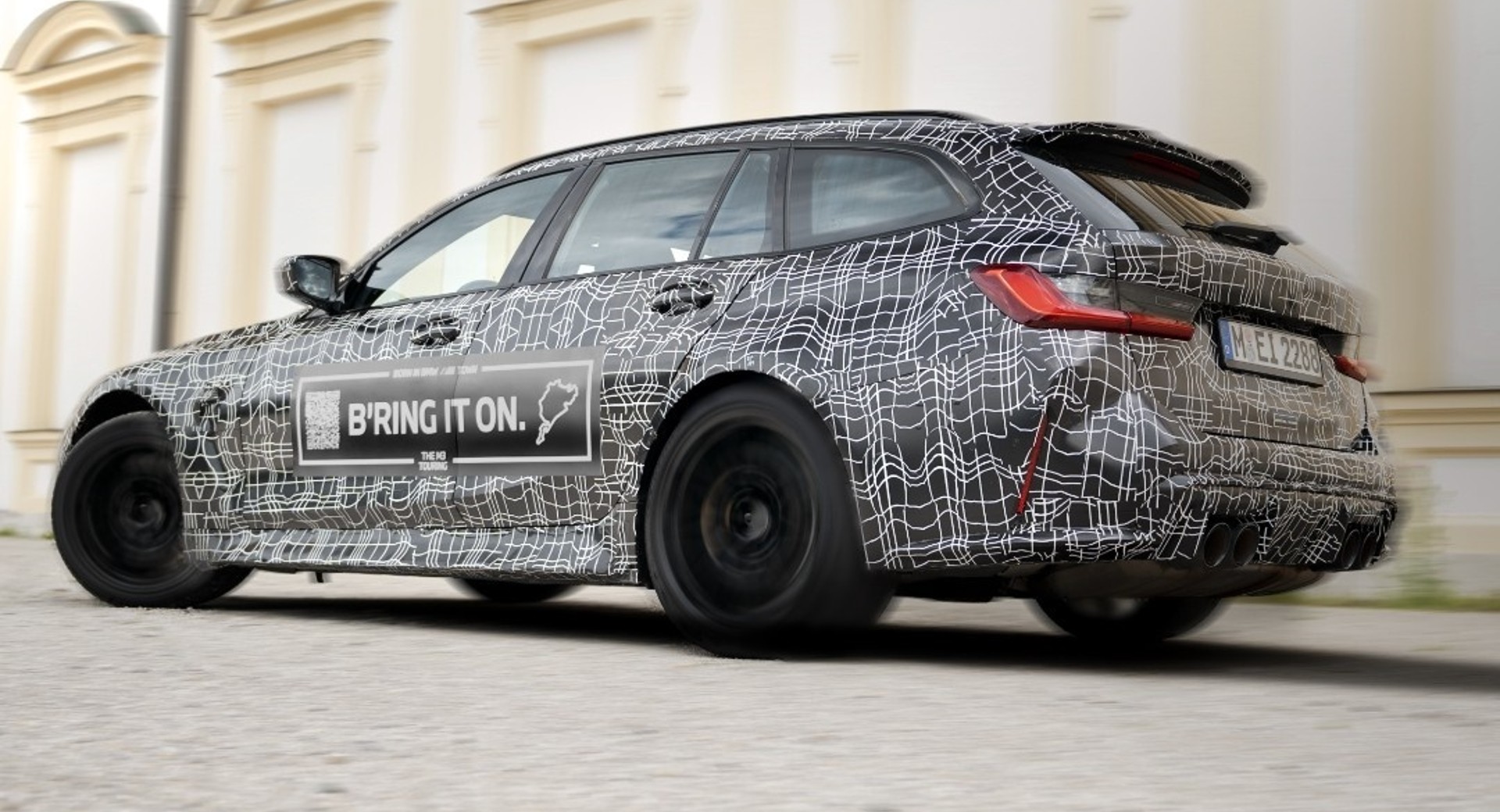 The BMW M3 Touring has been teased and spied in the past but the latest teaser by BMW M GmbH on Instagram hints at the engine/gearbox configuration. As suggested by the preliminary figures for fuel consumption the most practical M3 ever will most likely be offered with the most powerful engine, the eight-speed automatic transmission, and AWD, just like the M3 Competition xDrive sedan.

The official teaser states that the combined fuel consumption will be 10.3 lt/100km ( mpg) and CO2 emissions 235 g/km. These are preliminary values but they represent a small difference to the BMW M3 Competition xDrive which is rated at 10.1 lt/100km ( mpg) and 231 g/km. As noted by our colleagues at drive.com.au, this 0.2 lt/100km gap is identical to the fuel consumption difference between the sedan/touring variants of the lesser M340i xDrive.

See Also: The 2022 BMW M3 Touring Is Coming To Make You Second Guess The X3 M

The auto/AWD configuration would be fitting for the BMW M3 Touring that was designed to compete with the Audi RS4 Avant and the upcoming Mercedes-AMG C63 Estate. Besides offering better performance and improved safety, the rear-biased xDrive would provide the driving dynamics expected from a BMW M car.

BMW’s post also reads: “Same big power, exciting new shape.” which could mean the Touring will be using the most powerful variant of the twin-turbo 3.0-liter inline-six that is fitted in the Competition models.

This falls in line with previous reports on the matter, with inside sources saying that the new M3 Touring will hit the market only in the top Competition spec.

The “Bring it On” Nurburgring stickers on the camouflaged prototype are another hint for the development program taking place on the Green Hell and maybe a future lap time challenging its rivals. This will be the first time BMW is offering a Touring variant of the M3 in production form, following the one-off 2000 BMW M3 Touring Concept and several custom-made conversions appearing over the years.

While there is no confirmation on the reveal date of the M3 Touring, the two-year development period announced in 2020 suggests a market launch in late 2022. Unfortunately, that doesn’t include North America, at least not yet, – despite an online petition– as confirmed earlier this year by BMW.