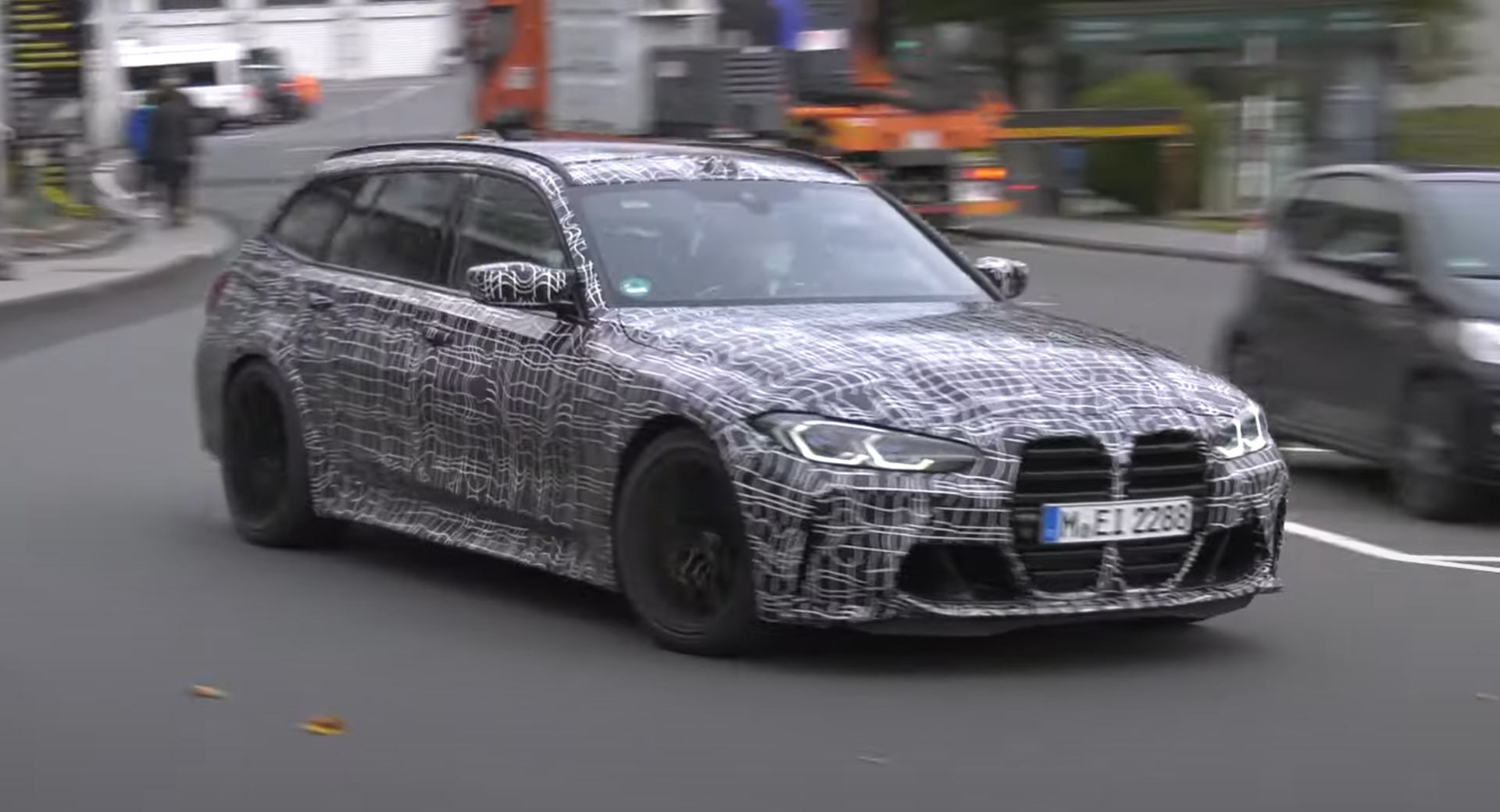 The upcoming BMW M3 Touring has been spied testing near the Nurburgring.

BMW has been very open with its testing and development of the first-ever M3 Touring, seemingly well aware of the fact that that it had no real chance to try and develop the car in secret. As such, this prototype sports all of the eventual production model’s body panels and simply has black and white camouflage applied over the top.

Some reports claim that BMW will only sell the M3 Touring in flagship Competition guise. With that in mind, it will feature a 3.0-liter twin-turbocharged inline-six engine with 503 hp and 479 lb-ft (650 Nm) of torque. However, this also means that it will not be offered in rear-wheel drive or with a six-speed manual like entry-level versions of the M3 sedan and the M4.

The M3 Touring will share most of its bodywork with the sedan, a car that has rubbed a few people the wrong way with its exterior design. Nevertheless, the new look also has its fans and there’s no denying that the M3 Touring will stand out.

BMW has not yet said when it will launch the M3 Touring but we expect to see it hit various markets around the world in late 2022. Unfortunately for U.S. buyers, as confirmed earlier this year by the automaker, it won’t make it to North America.