Mansory has unveiled a host of upgrades it developed for the latest Audi RS7 Sportback.

To our eyes, the RS7 Sportback isn’t a car that is lacking in theater but that hasn’t stopped the tuner from working its own take on the super sedan. These upgrades begin at the front end where the RS7 has been fitted with new forged carbon fiber accents around the grille as well as a splitter and canards also made out of forged carbon fiber .

Mansory’s modifications continue along the sides of the RS7 and include forged carbon side skirts and forged carbon wing mirror caps. The example pictured is also rocking a set of black wheels with blue rims that sit over a set of blue brake calipers.

At the rear of the car is a new diffuser that’s also fabricated from forged carbon fiber, a subtle spoiler, and distinctive tailpipes. By Mansory standards, the exterior upgrades made to the RS7 are relatively restrained. The same cannot be said about the interior. 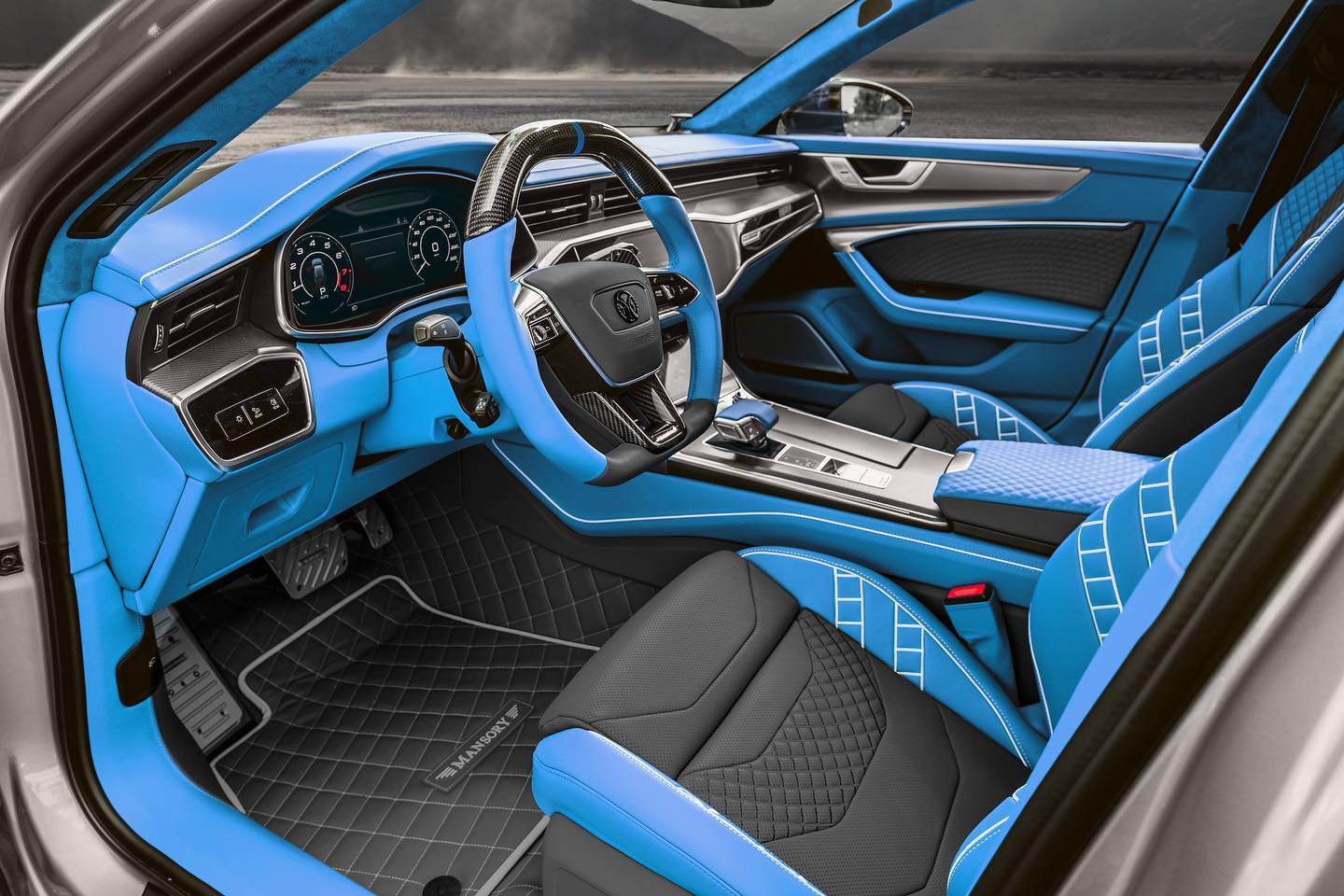 The cabin of this particular RS7 is bathed in a combination of bright blue and black leather which extends across the seats, transmission tunnel, door panels, center console, and dashboard. Swathes of exposed carbon fiber are also featured throughout as is white contrast stitching and piping.

Mansory will also offer a handful of engine upgrades for the RS7, including modified turbochargers, a sports air filter, ECU tune, and a high-performance exhaust that lift the 4.0-liter twin-turbo V8 up to 769 hp and 738 lb-ft (1,000 Nm) of torque, allowing the car to hit 62 mph (100 km/h) in just 3 seconds. 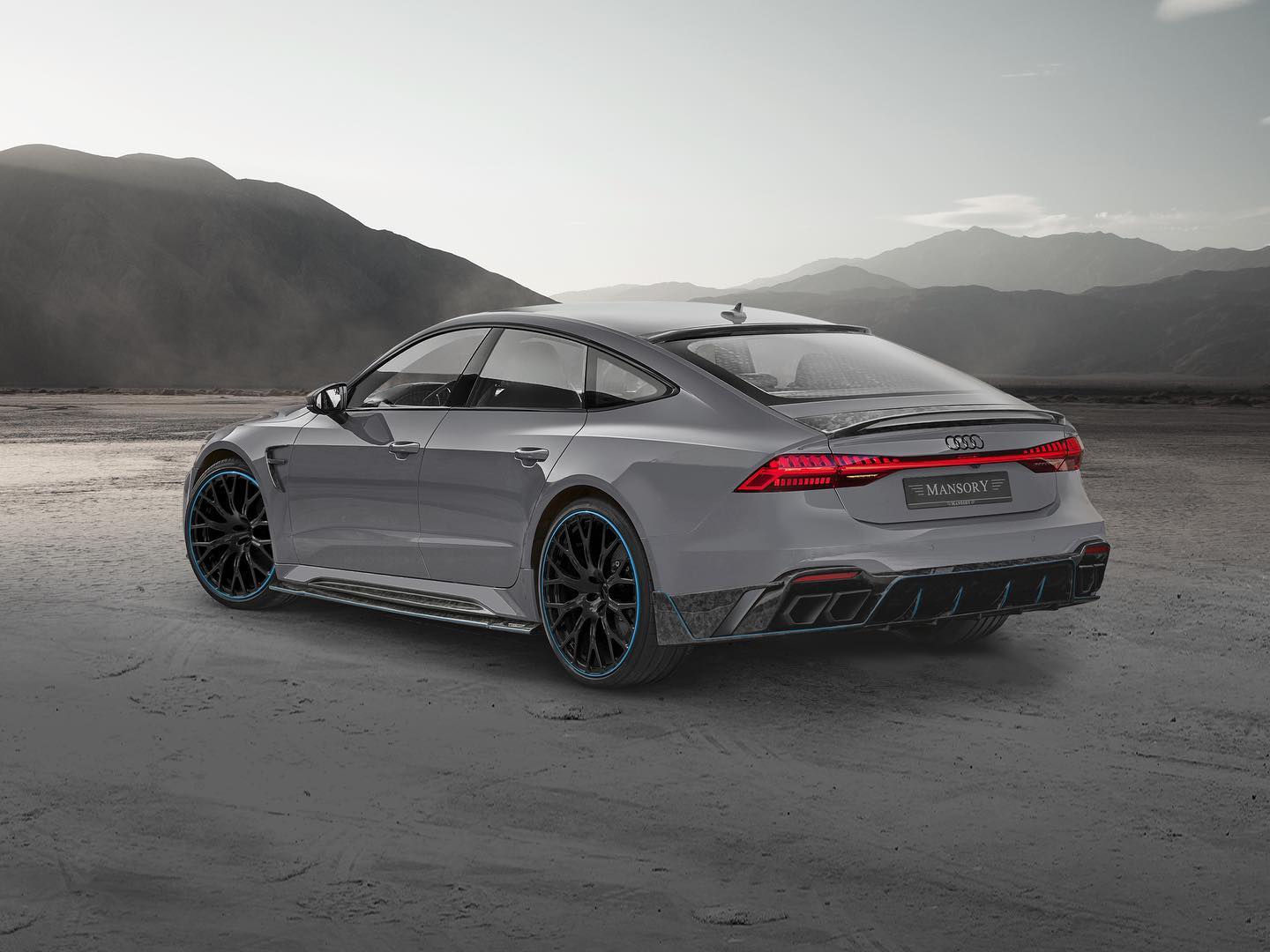