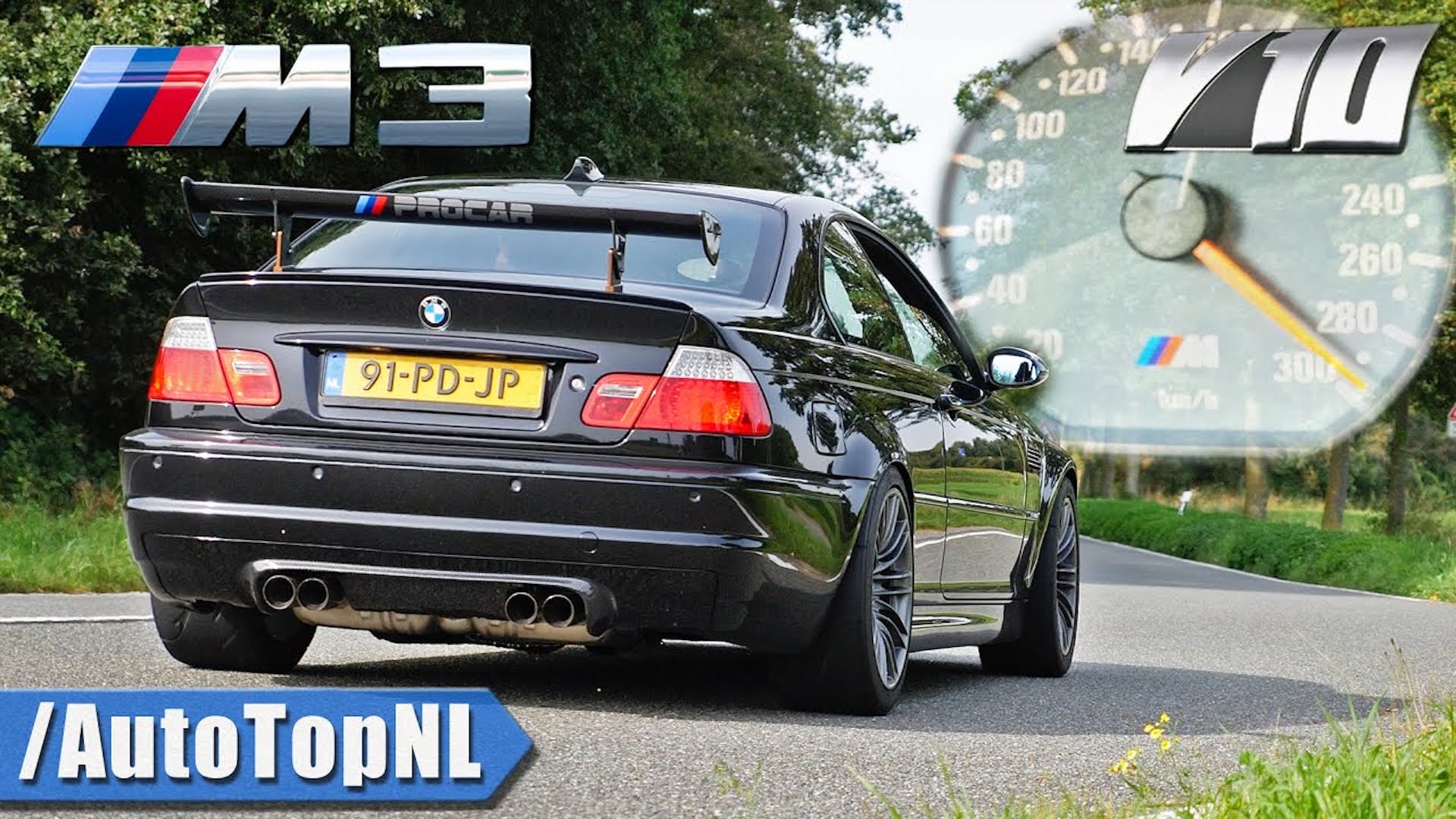 BMW’s E46 M3 is rightly recognized as one of the greatest M cars of the modern generation, and when it comes to BMW engines from the same period, nothing the M Division has made for its road cars comes close to the craziness of the E60 M5’s V10.

Mash the two together and you might just have come up with our favorite M-car combo yet. There are a few such cars out there, and YouTube’s premier Autobahn maxers, AutoTopNL, recently grabbed hold of one and gave it a full workout on Germnay’s derestricted (for now) motorways for our entertainment.

A stock E46 M3 built between 2000 and 2006 came with a 3.2-liter S54 straight-six rated at 338 hp and 269 lb-ft. It’s a fantastic engine, providing usefully grunt at the bottom end, and with a wicked top end kick that has the tacho needle whipping around to 8k in short order.

The AutoTopNL guys don’t give us any data to show exactly how much faster the converted E46 is from a standing start, but judging from the way it hauls between 100 km/h and 300 km/h (62-186 mph) we can surmise the answer is ‘substantially’. Both the E46 M3 and E60 M5 would do 60 mph in less than 5 seconds when new, with the M5 taking a couple of tenths out of its little brother.

But the best thing about this build, at least as far as we can tell from this YouTube video, is the insane sound. The M3’s straight six is a great sounding engine, though not everyone loves the rasp that the stock resonator setup delivers. The S85 V10, though, is on a different planet when it comes to eargasm potential.

So, a match made in heaven? Quite possibly, as long as the car’s builder attended to the V10’s rod bearings and throttle actuators, and the M3’s trunk floor, the Achilles heels of each, before letting rip on the Autobahn.