BMW is continuing to test the long-awaited M3 Touring at the Nurburgring and recently headed to the German circuit at dusk for some hot laps.

This particular M3 Touring prototype has been spied on several occasions in recent months and at one stage, was being pushed so hard that its front brake discs were glowing red. Evidently, those bronze-painted calipers are very effective at quickly wiping off speed and allowing the car to be very effective around a racetrack, even though it doubles as a practical family car.

While at the circuit, BMW also arranged a photoshoot of the camouflaged prototype once the sun had set. Could BMW be getting ready to publish an official lap time for the M3 Touring? It’s certainly possible and the current record for an estate, set by the Mercedes-AMG E63 S 4Matic+ some four years ago at 7:45.19, is ripe for the taking. 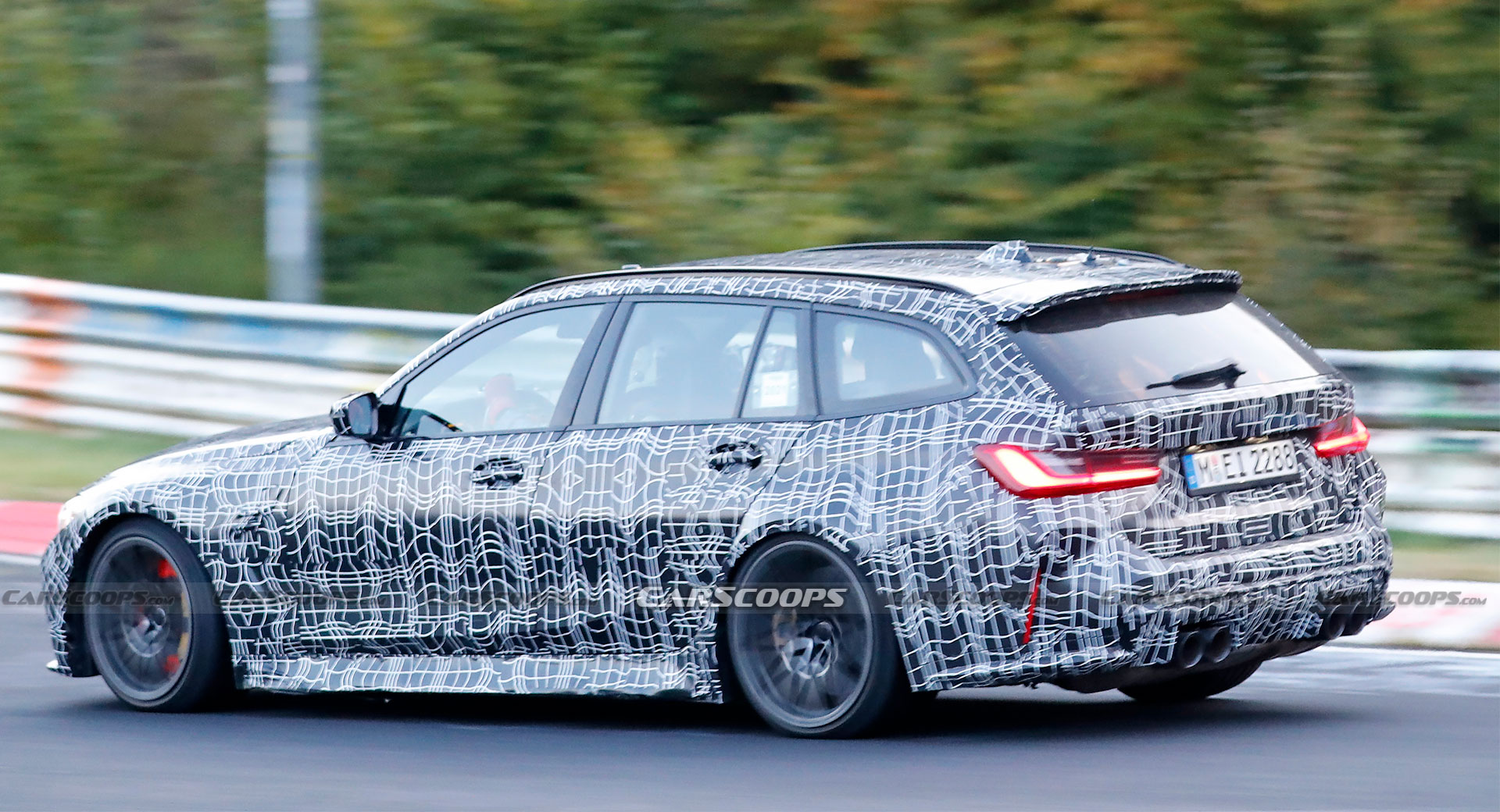 BMW is expected to sell the M3 Touring exclusively in Competition guise, meaning its 3.0-liter twin-turbo inline-six should have the same output as the current M3 sedan and M4 Coupe models, producing 503 hp and 479 lb-ft (650 Nm) of torque. It should be capable of hitting the 62 mph (100 km/h) mark in around 3.5 seconds and be sold exclusively with xDrive all-wheel drive and a quick-shifting eight-speed automatic transmission.

When BMW first announced the M3 Touring, it confirmed it would go through a two-year development period before hitting the market. With this in mind, it is expected to launch in late 2022.