Spy photographers have snapped the redesigned Mercedes GLC on multiple occasions, but now we’re getting a glimpse at the high-performance variant.

Spied undergoing testing in Germany, the 2023 Mercedes-AMG GLC 63 is heavily disguised but features an unmistakable Panamericana grille. While the front bumper is covered by camouflage, we can see the outlines of sizable air intakes.

Moving further back, the prototype appears to have a sport-tuned suspension with a reduced ride height. We can also see lightweight wheels that are backed up by a high-performance braking system with ventilated discs as well as colored calipers. There’s also a four-tailpipe exhaust system, which indicates this is the high-performance variant. 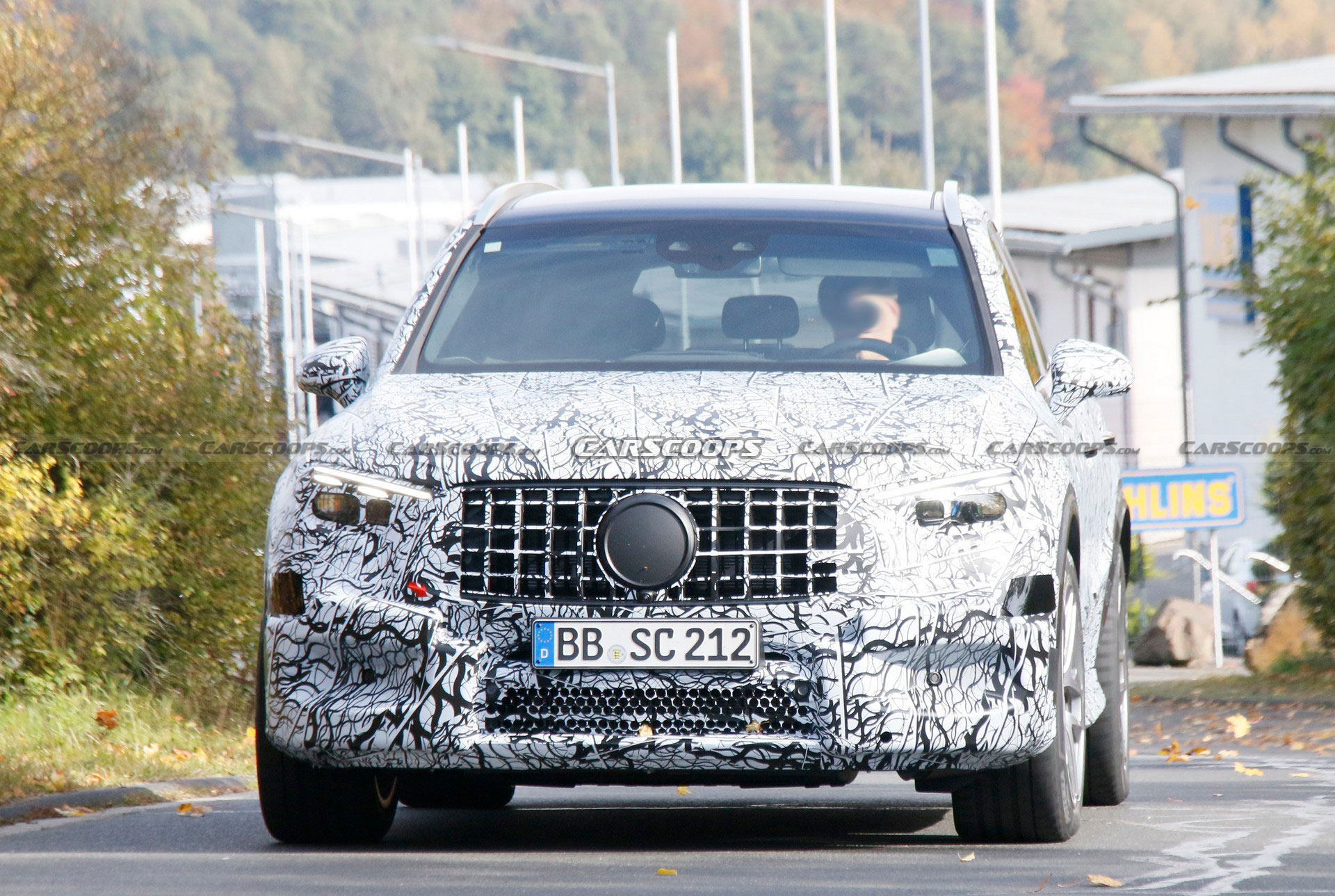 Spy photographers didn’t get a look inside, but the model is expected to follow in the footsteps of the new C-Class. As a result, the crossover could come equipped with a freestanding 12.3-inch digital instrument cluster and an 11.9-inch infotainment system that rises out of the center console.

While timing remains unconfirmed, the Mercedes-AMG GLC 63 could be introduced late next year as a 2023 model.