There’s the BMW E30 3-Series, then there’s the E30 M3, and then, above the rest, there’s the E30 M3 Sport Evolution, which is sometimes referred to as the EVO3. The most highly developed version of the car, it was designed to homologate BMW’s Group A race car.

Showing 128,437 km (79,806 miles) on its odo, the car presents very well overall. The paint is believed to be original and generally in good condition save for a repair on the hood and bumper after the car suffered a scratch while being transported.

Read Also: One M3 To Rule Them All: Meet The Exquisite E30 Sport Evolution 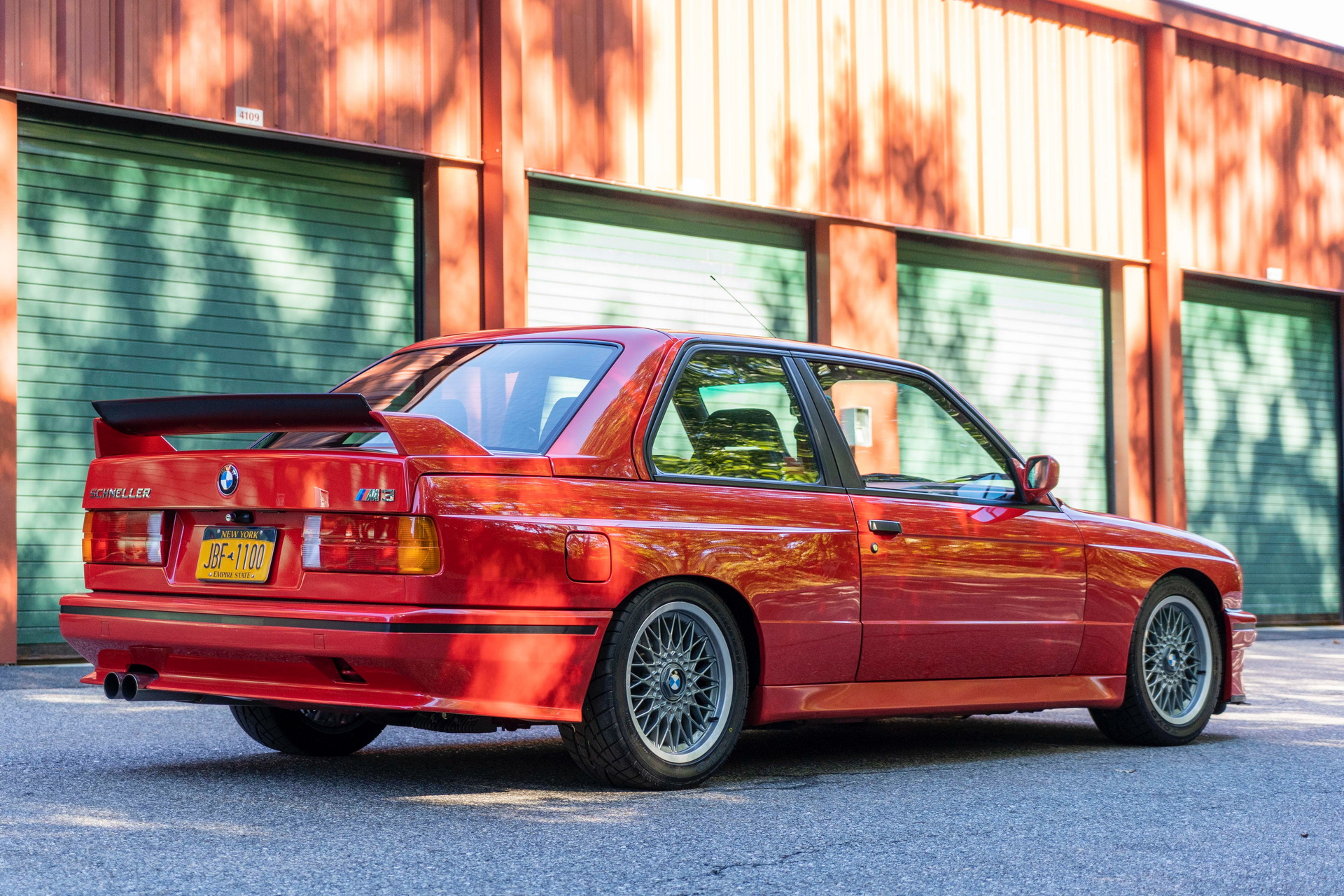 The interior is also reportedly in very good condition considering its age. From the factory, the model came with Recaro seats, red seat belts, and suede trim for the steering wheel, handbrake, and the five-speed dogleg manual stick shift knob.

Although these all remain, there were some subtle modifications made to the interior. A custom, period-correct Alpine aftermarket head unit was restored to feature Bluetooth audio and hands-free calling. It also features a custom subwoofer that was finished in the same carpeting as the trunk, but only clamped to the strut brace to make it easy to remove should the new owner prefer to respect the lightweighting efforts that pushed BMW’s engineers to install thinner glass on this car.

Under the skin, the car also has aftermarket H&R Cup suspension, a Stromung performance exhaust, a finned diff cover, and a UUC short throw shifter. Air conditioning has also been installed.

This 1990 M3 Sport Evolution is being offered by Collecting Cars and the auction ends on Wednesday, October 20.