The Toyota Mirai, which is currently in its second generation, is a pioneer in terms of bringing fuel-cell technology into production. In order to showcase the scalability of hydrogen use, Toyota collaborated with Tamiya and Bramble Energy to create a hydrogen-fueled radio-controlled model as a miniature version of the Mirai.

Toyota claims that this is the first RC in the UK using hydrogen fuel cells and we guess that putting all this technology in such a small object must be quite difficult.

Watch Also: The 2021 Toyota Mirai Is A Luxurious Step Up From Its Predecessor 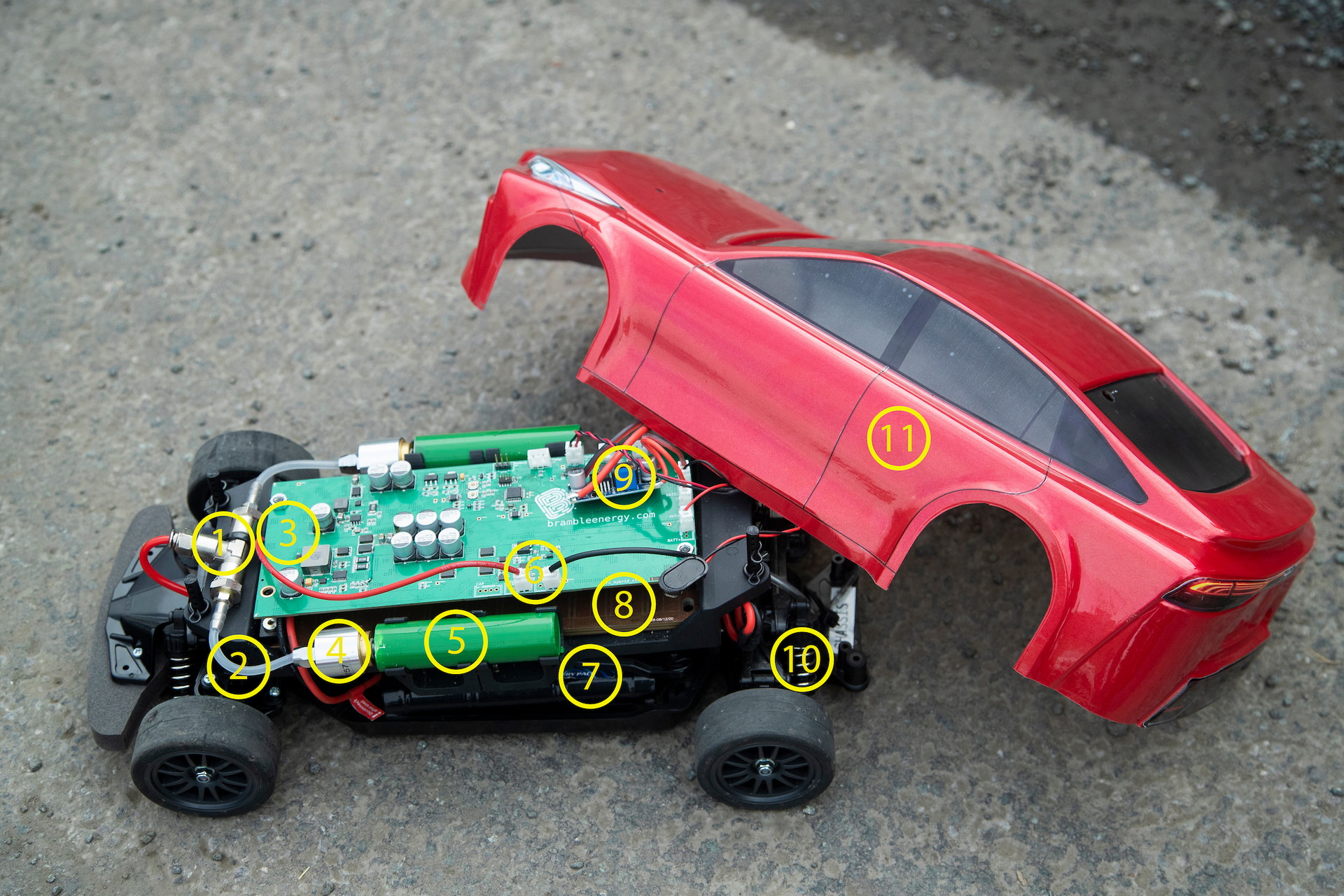 Starting from the outside, the custom-made body created by Tamiya is a 1/10 replica of the second-generation Mirai. While not an exact copy of the real car, the plastic-bodied scale model is easily identifiable. For an even closer match, the RC was painted in Scarlet Flare red taken from the Mirai’s color palette.

More interesting than the looks, though, are the underpinnings. The model started life as a Tamiya TT-02 RC, but Bramble Energy converted its powertrain into a hydrogen fuel cell. This included the placement of a circuit board fuel cell, a control system, and hydrogen storage.

The Mirai RC generates 20 Watts (around 0.03 hp) of power moving all four wheels. Thanks to the FCEV technology it has double the running time of a battery-powered RC, while the hydrogen fuel canisters are switchable, so you don’t have to search for a hydrogen station every time the RC runs out of fuel. 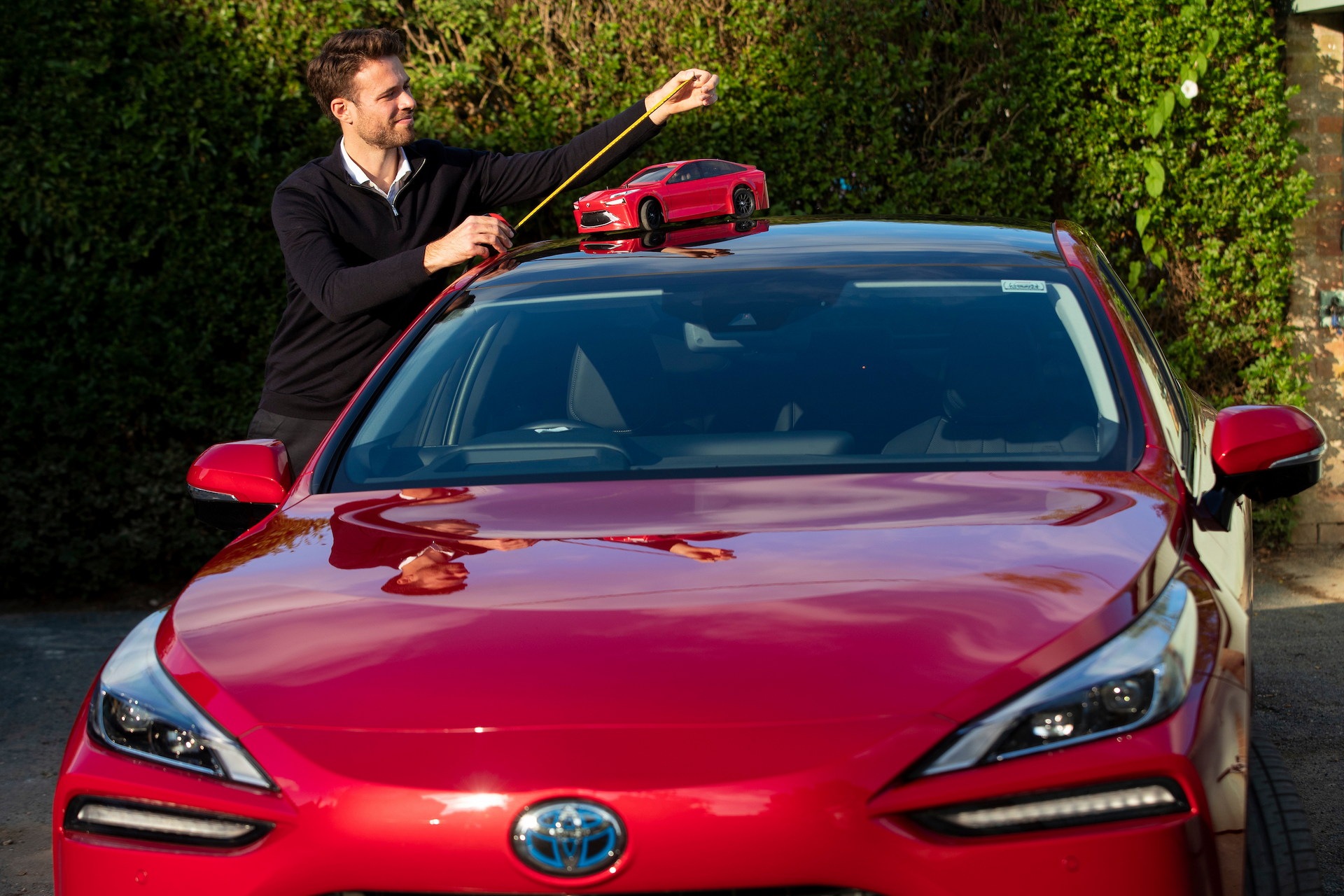 According to Tom Mason, CEO and Co-Founder of Bramble Energy, the biggest challenge was “to make all the system components required to run the fuel cell small and compact enough to fit onto the Tamiya TT02 chassis and inside the Mirai RC car shell”. However, the end result is fully operational, which proves they succeeded.

Speaking about potential uses of hydrogen technology, Toyota UK spokesperson David Rogers said that “cars are the tip of the iceberg for Toyota in terms of progress towards a hydrogen society”, adding that the company is planning to do more “trials of fuel cell-powered buses, trains, boats and, who knows, maybe even homes” with the help of collaborations across Europe.

In order to showcase the one-off RC, Toyota published a video with a test drive on the Old New Inn Model Village in Gloucestershire, alongside the life-sized Mirai.