Since the Mercedes-Benz EQE was unveiled in Munich last month we knew that AMG was preparing something spicy based on the fully electric sedan. A prototype of the EQE 53 was spotted testing on public roads shortly after the debut, but today, our spy photographers sent us pictures of a nearly undisguised prototype revealing all of the AMG-specific design features

The latest spy photos also give us a first look of the EQE 53 with three different wheel/tire combinations. Besides the multi-spoke design we have already seen, the electric sports sedan was spotted wearing a new set of five-spoke wheels that look quite aggressive combined with the clean lines of the aerodynamic bodywork. 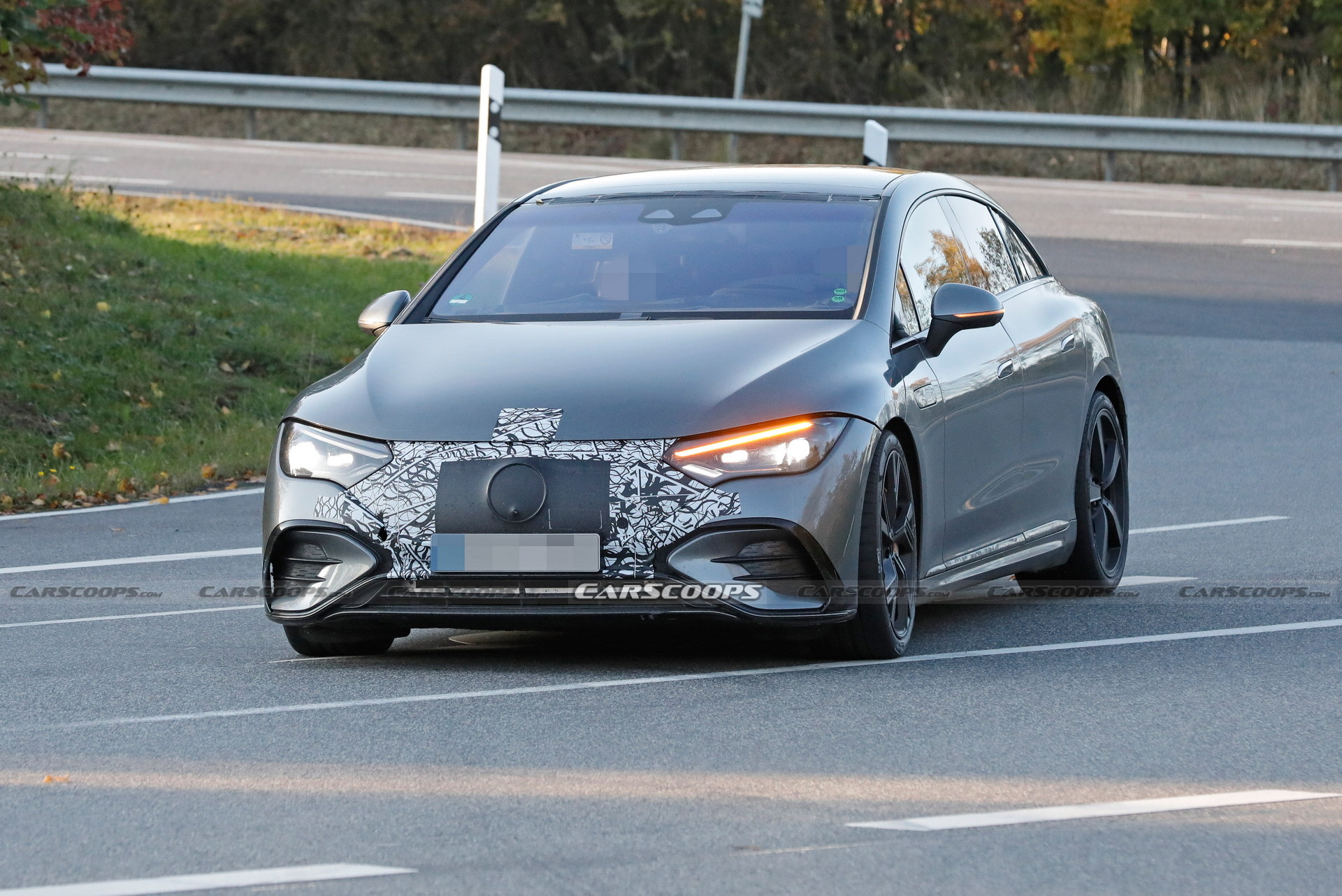 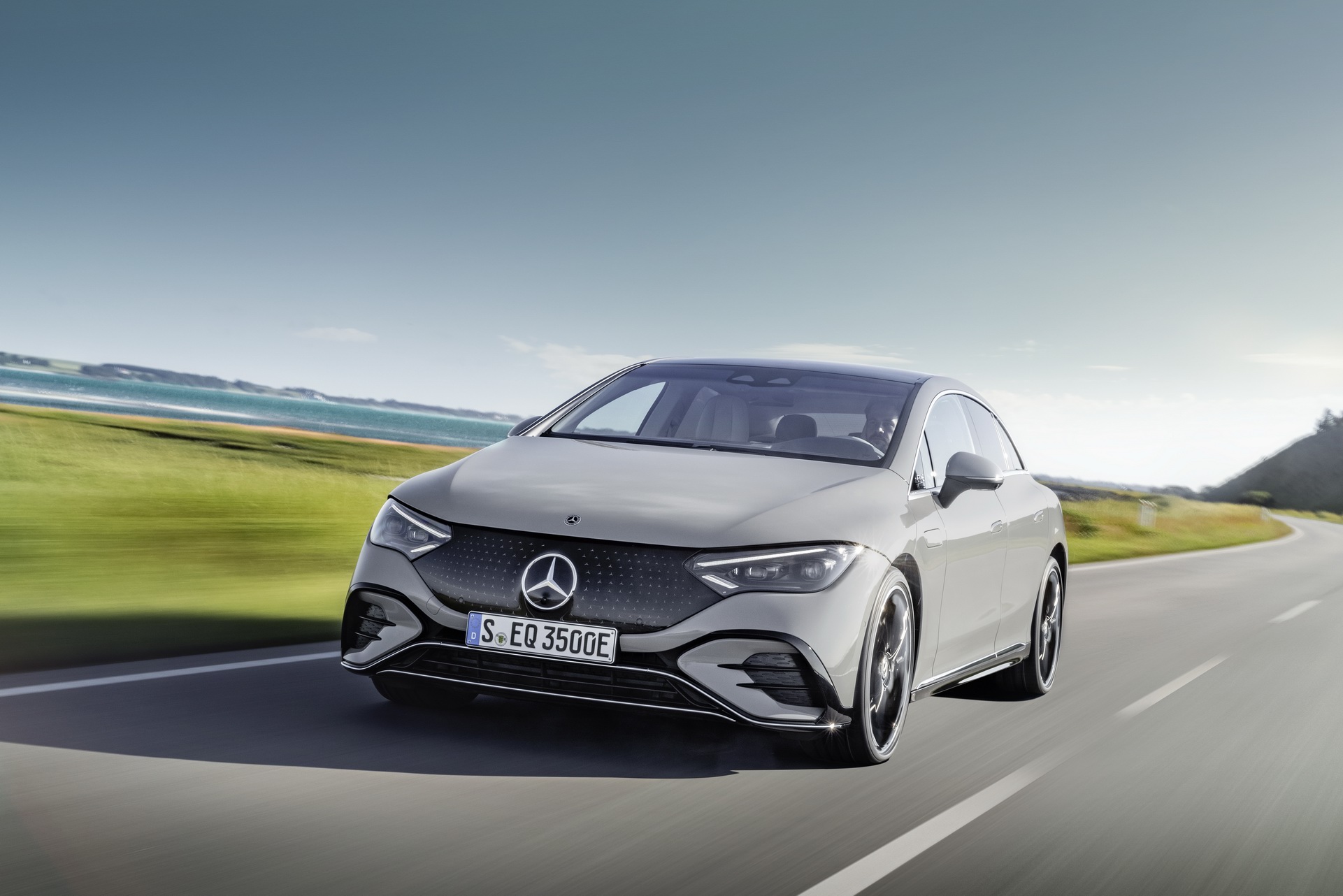 The AMG-designed bodykit includes a more aggressive front bumper with sporty intakes that seem to be identical to the EQE AMG Line, although the covered grille suggests a different configuration – probably featuring vertical chrome slits like in the larger EQS 53.

The situation is similar at the back where the bumper with an integrated diffuser is borrowed from the AMG Line. However, the lip spoiler appears to be slightly larger, while little pieces of camouflage hiding the faux inlets could suggest a slightly different trim. 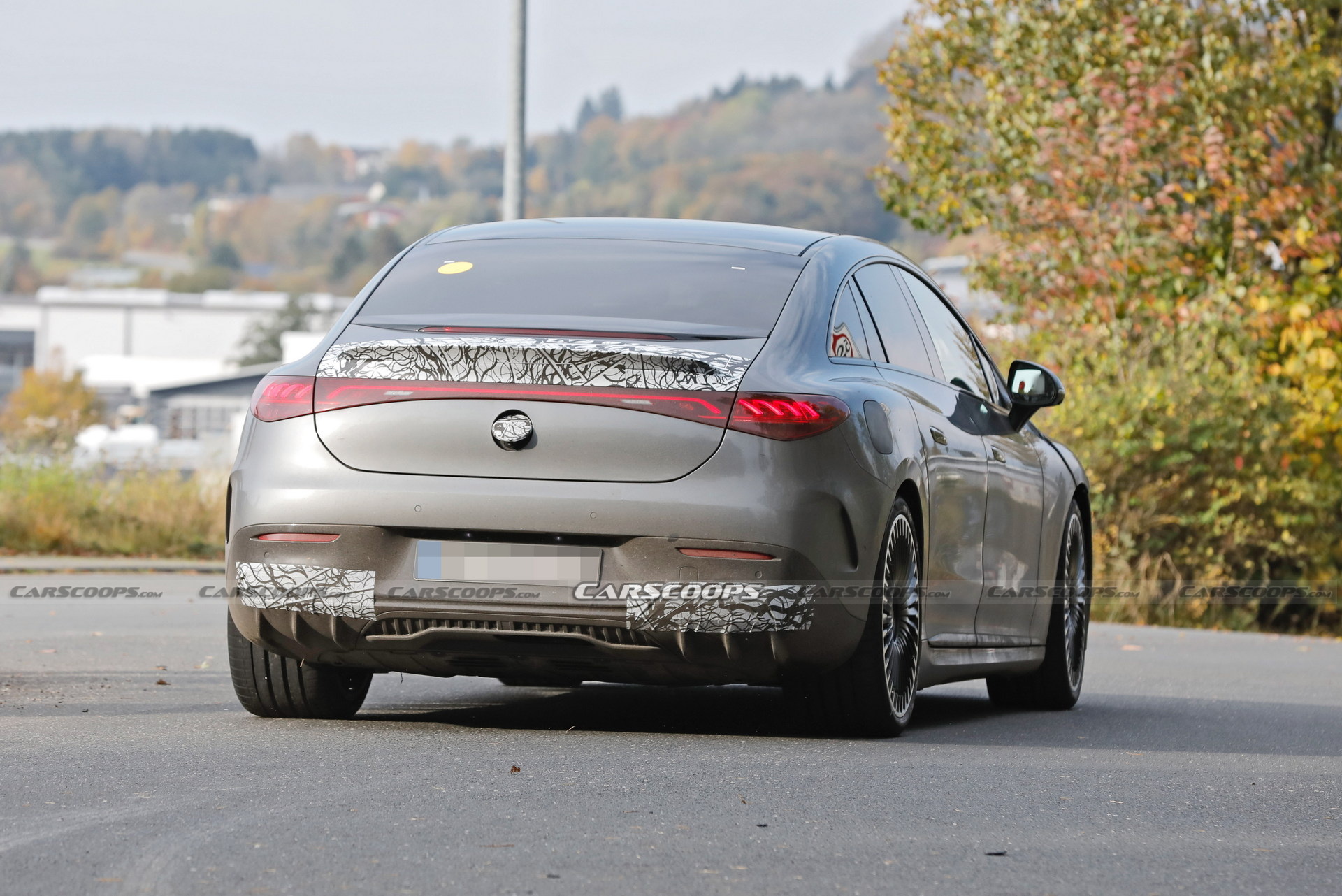 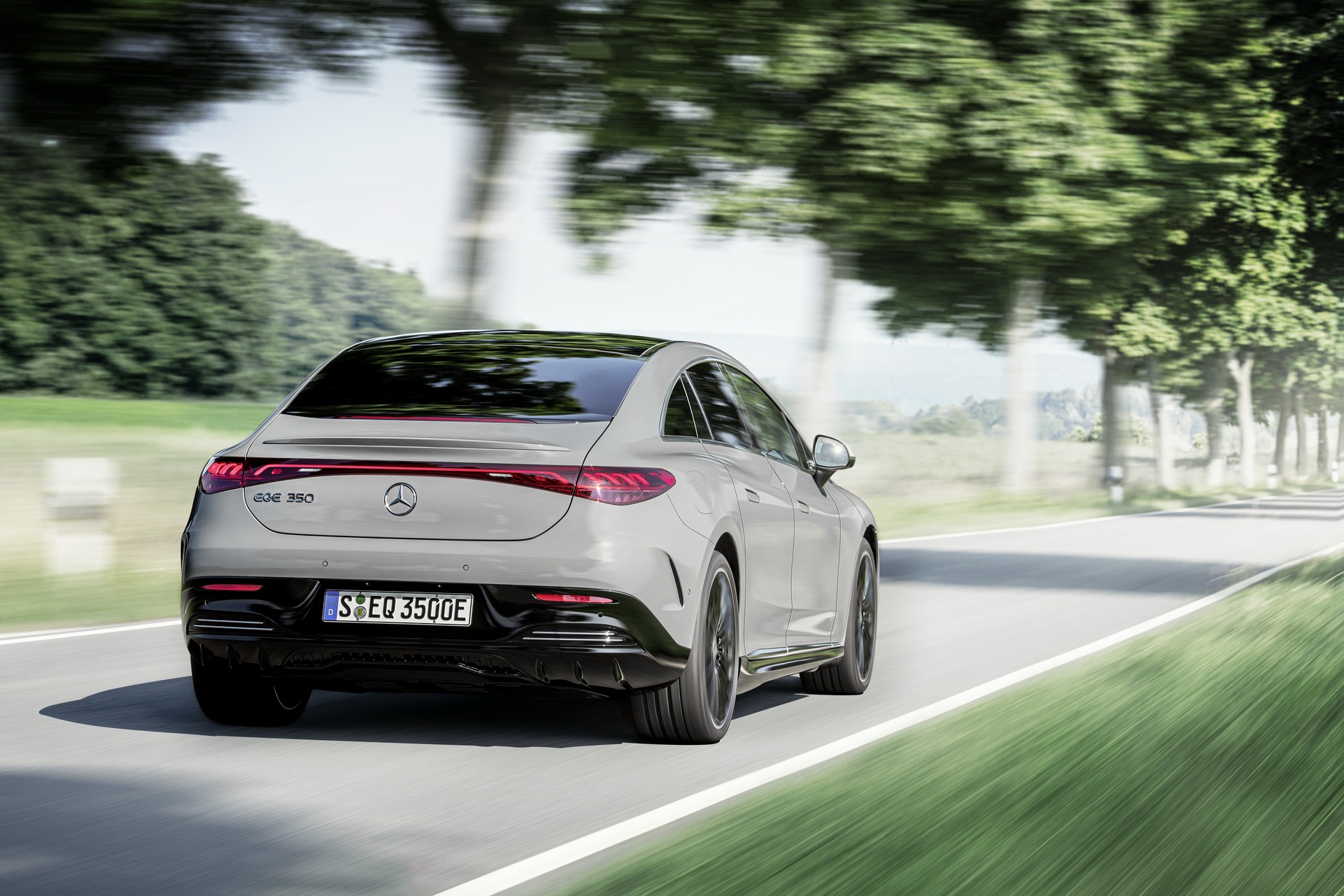 The Mercedes-AMG EQS 53 paved the way for the performance variants of the EQ range and the smaller but closely related EQE 53 will follow on the same road. After all, besides looking similar it is based on the same platform and will most likely borrow more parts from its larger and more expensive sibling.

We expect the EQE 53 to benefit from AMG-specific electric motors in both axles, a more aggressive setup for the adaptive air suspension, and ceramic brakes for greater stopping power. Power is likely to be lower than in the EQS 53 in order to differentiate the AMG offerings. The latter produces 649 hp (484 kW / 658 PS) and 950 Nm (701 lb-ft) of torque as standard, or up to 751 hp (560 kW / 761 PS) and 1020 Nm with the optional AMG Dynamic Plus package.

The Mercedes-AMG EQE 53 is expected to debut soon. Production is scheduled to start in mid-2022 together with the lesser variants of the EQE.